Celebrating 50 years of awards honoring distinction in the craft field

Celebrating 50 years of awards honoring distinction in the craft field

We're pleased to announce the winners of the 2020 ACC Awards, which honor individuals and organizations for exceptional artistic, scholarly, and philanthropic contributions to the craft field.

Awarded biennially since 1970, the 2020 ACC Awards include the College of Fellows, the Gold Medal for Consummate Craftsmanship, the Award of Distinction, and the Aileen Osborn Webb Award for Philanthropy.

"Presented by an organization with a nearly 80-year history as an advocate and thought leader for craft, the ACC Awards represent a true honor for accomplished makers, historians, curators, and organizations. Selection by distinguished peers also makes the Awards a high form of community recognition for excellence and service to the field."

This year's winners include seven artists, a museum, and an advocate in the craft field who are continuing to uplift traditions while advancing the boundaries and impact of contemporary craft. 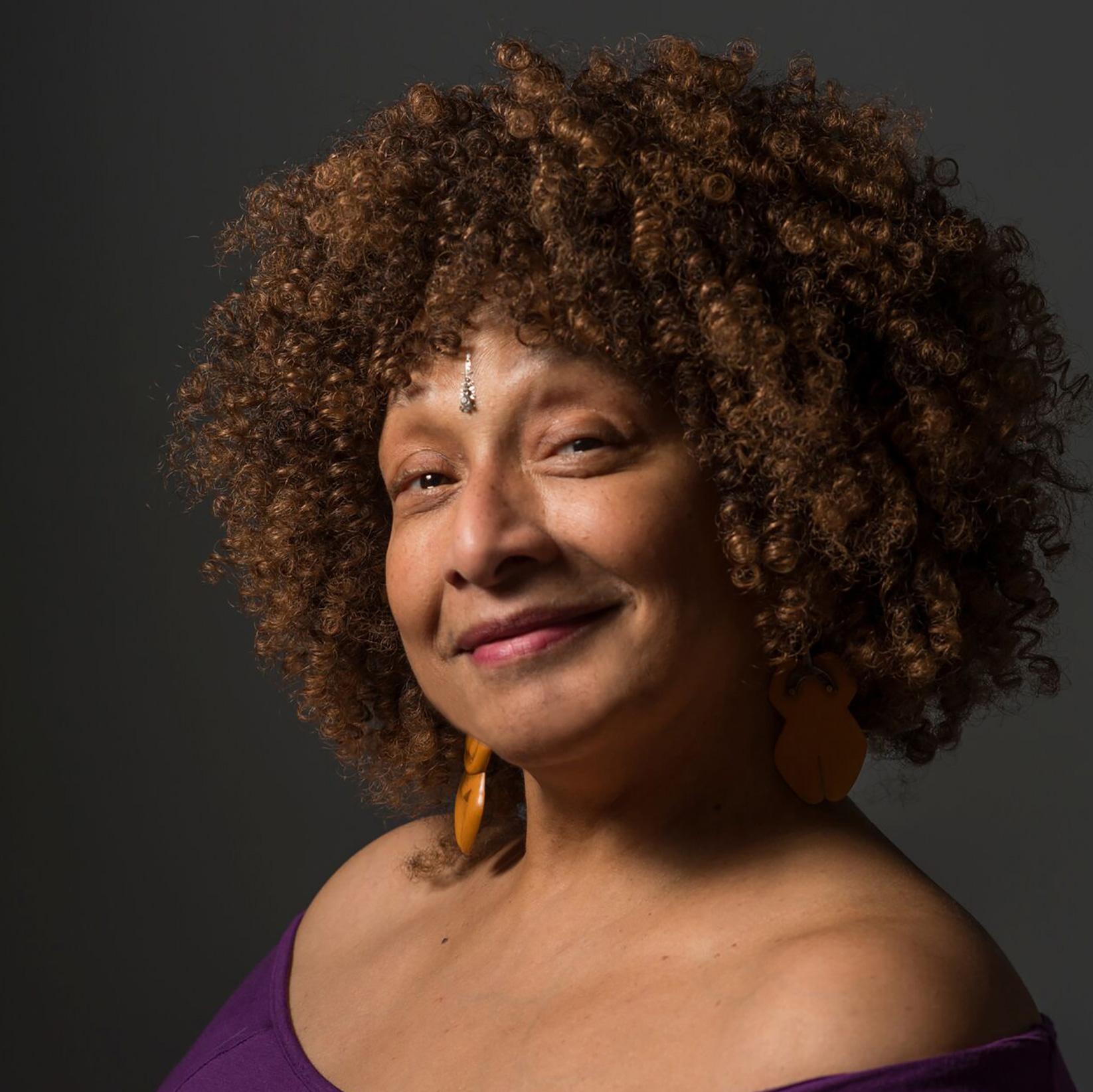 Joyce J. Scott is an award-winning, multifaceted visual and performance artist most known for her work in jewelry, beadwork, and glass. Her expansive career as both an artist and educator spans jewelry making, printmaking, weaving, sculpture, performance, and installation. Her work unapologetically addresses racially, socially, and politically charged subjects. Scott says, “I believe in messing with stereotypes…It’s important for me to use art in a manner that incites people to look and then carry something home – even if it’s subliminal...”

“Scott is an extremely well-respected figure in the contemporary craft community, and the Awards Committee members wanted to recognize her career path, in all of its diverse components, with this award,” said Pepich.

Scott is a 2016 fellow of the John D. and Catherine T. MacArthur Foundation and has honorary doctorates from the Maryland Institute College of Art (MICA) and California College of the Arts. She received a BFA (1970) from MICA, an MFA (1971) from the Instituto Allende in San Miguel de Allende, Mexico, and training from her mother, Elizabeth T. Scott, who was an internationally recognized fiber artist. Her work is in numerous museum collections, including the Metropolitan Museum of Art in New York, the Baltimore Museum of Art, Mint Museum of Craft + Design, Spencer Museum of Art, and the Smithsonian American Art Museum. 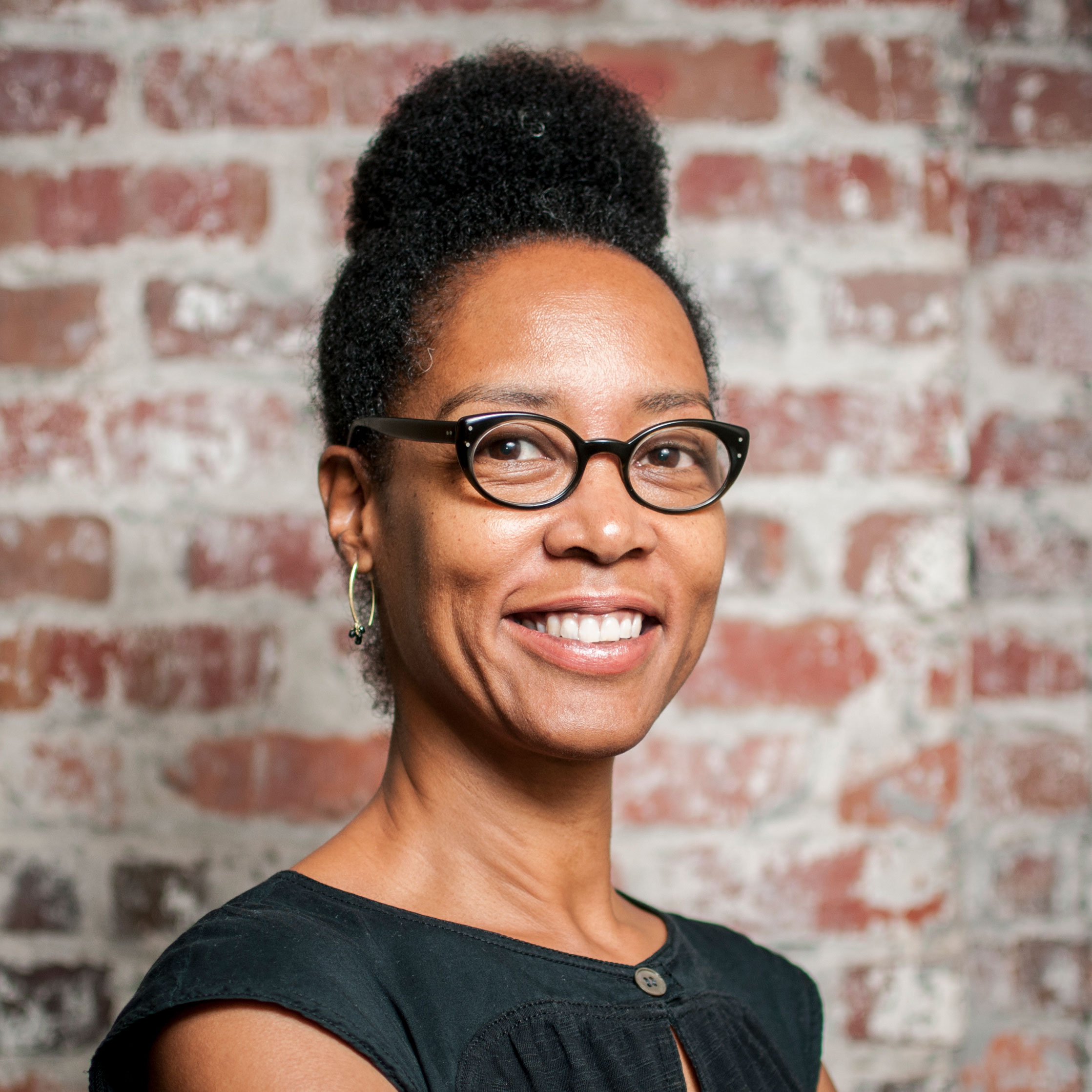 Sonya Clark is an educator and textile artist who makes installations, performances, and sculptures that employ materials and objects like combs, beads, flags, and human hair to celebrate Blackness, interrogate the roots of injustice, and address historical imbalances. She has created works highlighting notable African American figures, including entrepreneur and activist Madam C.J. Walker and former President Barack Obama. Clark’s work also explores the various functions and connotations humans assign to things. “Objects have personal and cultural meaning because they absorb our stories and reflect our humanity back to us. My stories, your stories, our stories are held in the object,” says Clark.

Clark is a professor at Amherst College. Previously, she was a distinguished research fellow in the School of the Arts at Virginia Commonwealth University where she served as chair of the Craft/Material Studies Department for over a decade. She earned an MFA from Cranbrook Academy of Art and was honored with a Distinguished Alumni Award. 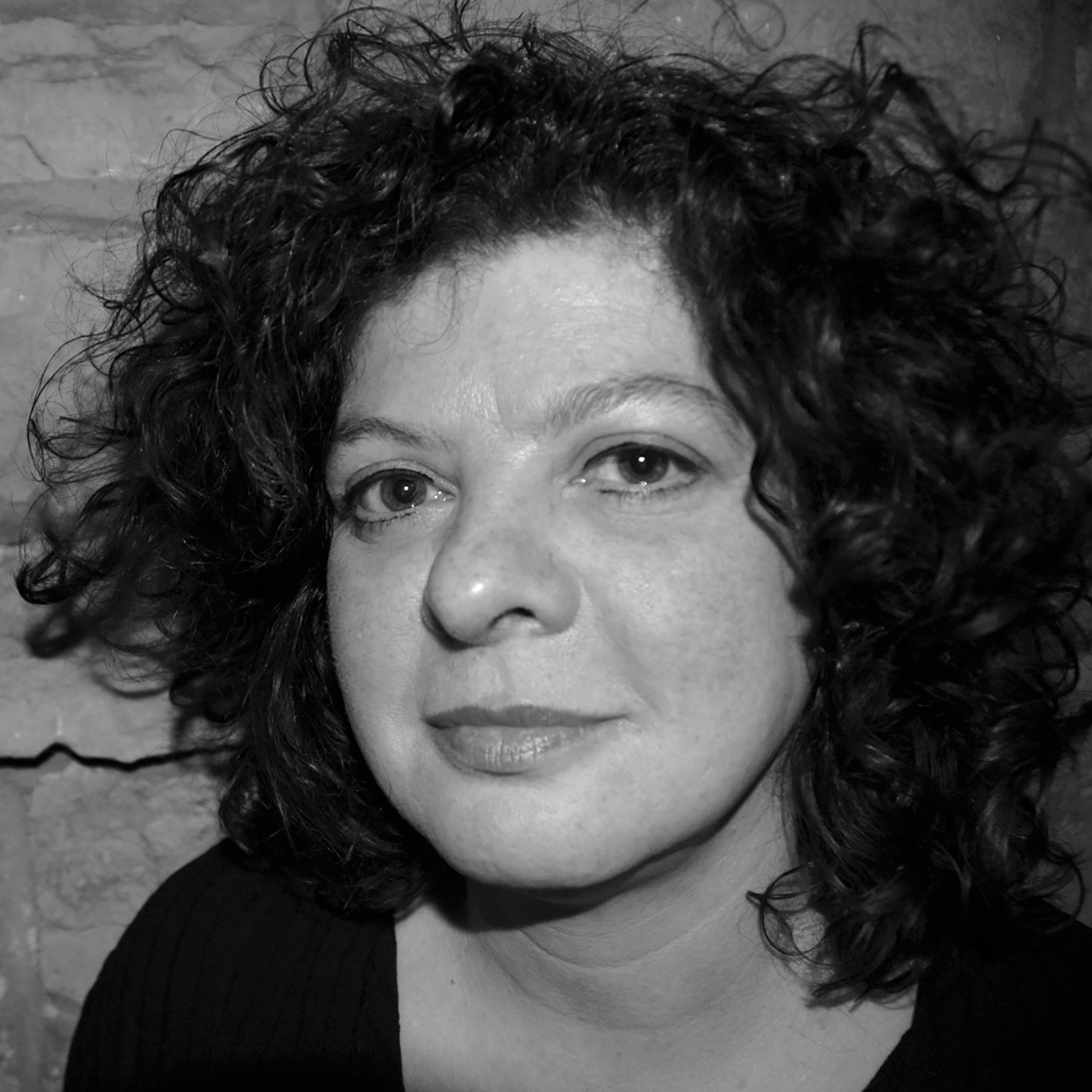 Lisa Gralnick is a contemporary American metalsmith, studio jeweler, and academic whose work challenges the monetary, cultural, and personal value of objects by transforming metals into objects of thought-provoking visual beauty. A professor of Art at the University of Wisconsin-Madison since 2001, she was previously head of the Metals/Jewelry program at Parsons School of Design.

Grants and fellowships include two National Endowment for the Arts (NEA) grants, a Louis Comfort Tiffany Foundation grant, four artists’ fellowships from the New York Foundation for the Arts, and a fellowship from the Wisconsin Arts Board. University of Wisconsin awards include the Kellett Mid-Career Award, a Vilas Associates Award, 15 faculty research grants, a Faculty Development Grant, a Creative Arts Award, and the Emily Mead Baldwin Award in the Arts. Her work is in the permanent collections of the Metropolitan Museum of Art, Philadelphia Museum of Art, Renwick Gallery of the Smithsonian Institution, Museum of Arts and Design in New York City, and more. 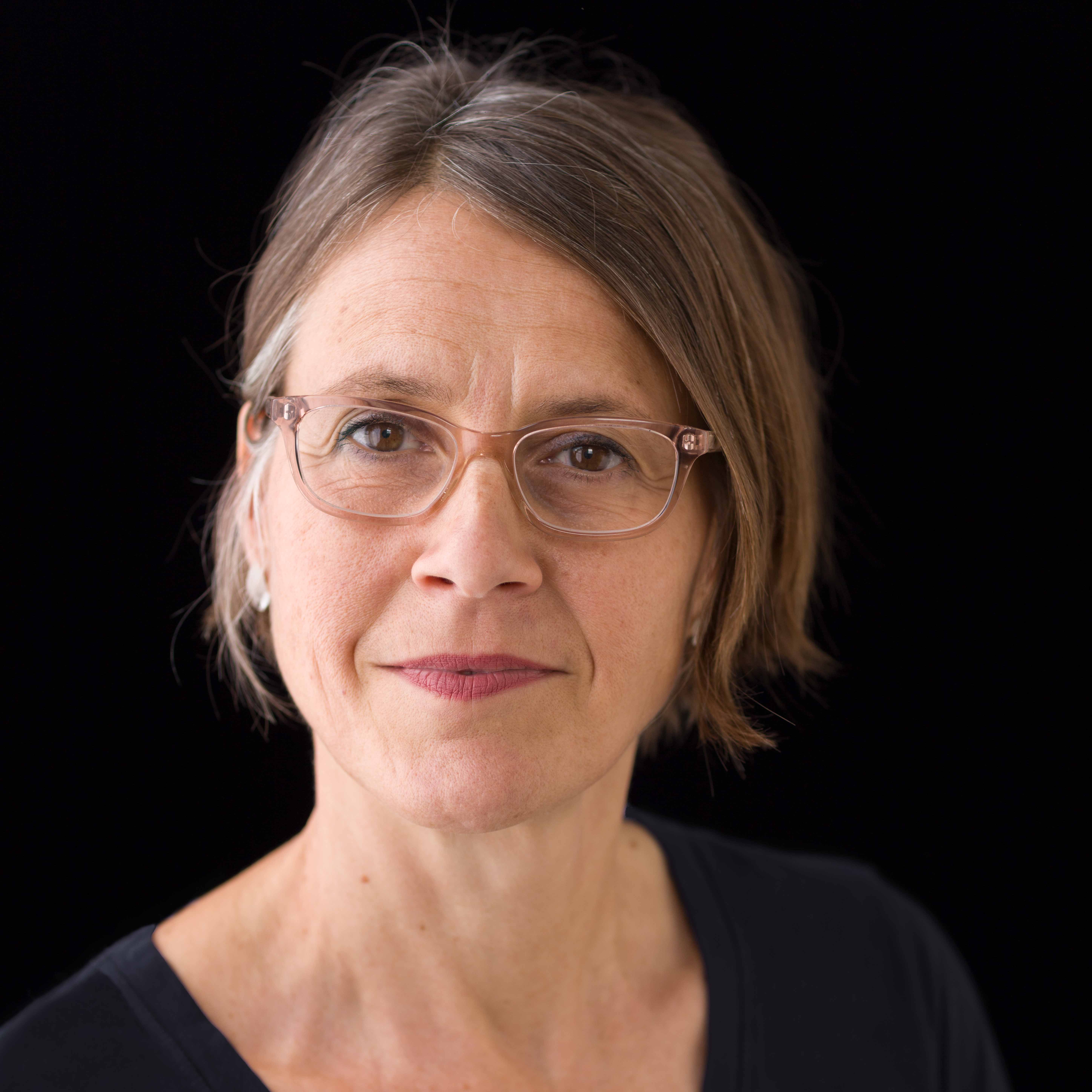 Katherine Gray is a Los Angeles-based glass artist whose work ranges from blown glass to elaborate installations of found glass. Her immersive work draws on rich traditions of glass blowing, fearless experimentation, and a fascination with glass as both a visual and experiential encounter. She is currently a professor at California State University San Bernardino and can be seen in the Netflix series Blown Away as the resident evaluator. In 2017, she received the Libenský | Brychtová Award from the Pilchuck Glass School for her artistic and educational contributions to the field.

Gray studied at the Ontario College of Art and received her MFA from the Rhode Island School of Design. She has had recent solo shows at Craft Contemporary and the Toledo Museum of Art. Her work can be found in the collections of the Corning Museum of Glass, the Toledo Museum of Art, and the Tacoma Museum of Glass, among others. Her work has been reviewed in New York Observer, Artforum, LA Times, and the New York Times design magazine. 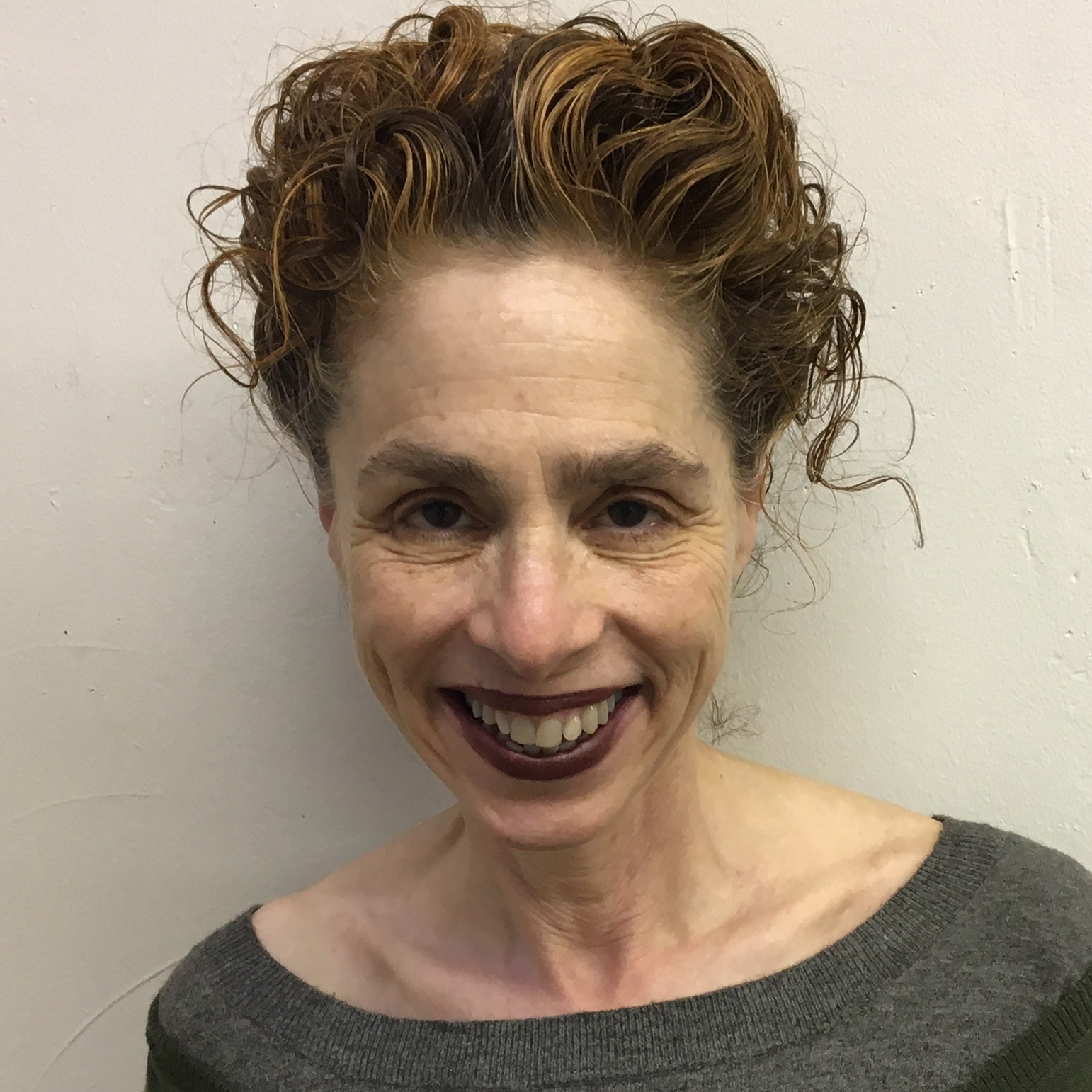 Annabeth Rosen is one of the preeminent ceramic sculptors in the 21st century. She transforms the conventional material of ceramic into fired, broken-but-gathered, unconventional, visually striking, and mysterious works of art. Rosen says, “my process of building, breaking, and putting back together becomes part of an interior process as well as a means of fabrication.” She teaches at UC Davis, where she is the Robert Arneson endowed chair in the Art and Art History department.

Rosen’s work is represented by PPOW Gallery in New York, the Anglim Gilbert Gallery in San Francisco, the collection of the Boston Museum of Fine Arts, Oakland Museum, Denver Art Museum, Philadelphia Museum of Art, and many public and private collections. Rosen has received multiple grants and awards, a Pew Fellowship, two NEA Fellowships, a UC Davis Chancellor's Fellowship, and a Joan Mitchell Painters & Sculptors grant. In 2016, she was named a United States Artists fellow. Most recently, Rosen has been granted the Gwendolyn Knight Lawrence Award from the American Academy of Arts and Letters and was awarded a Guggenheim Fellowship in 2018. 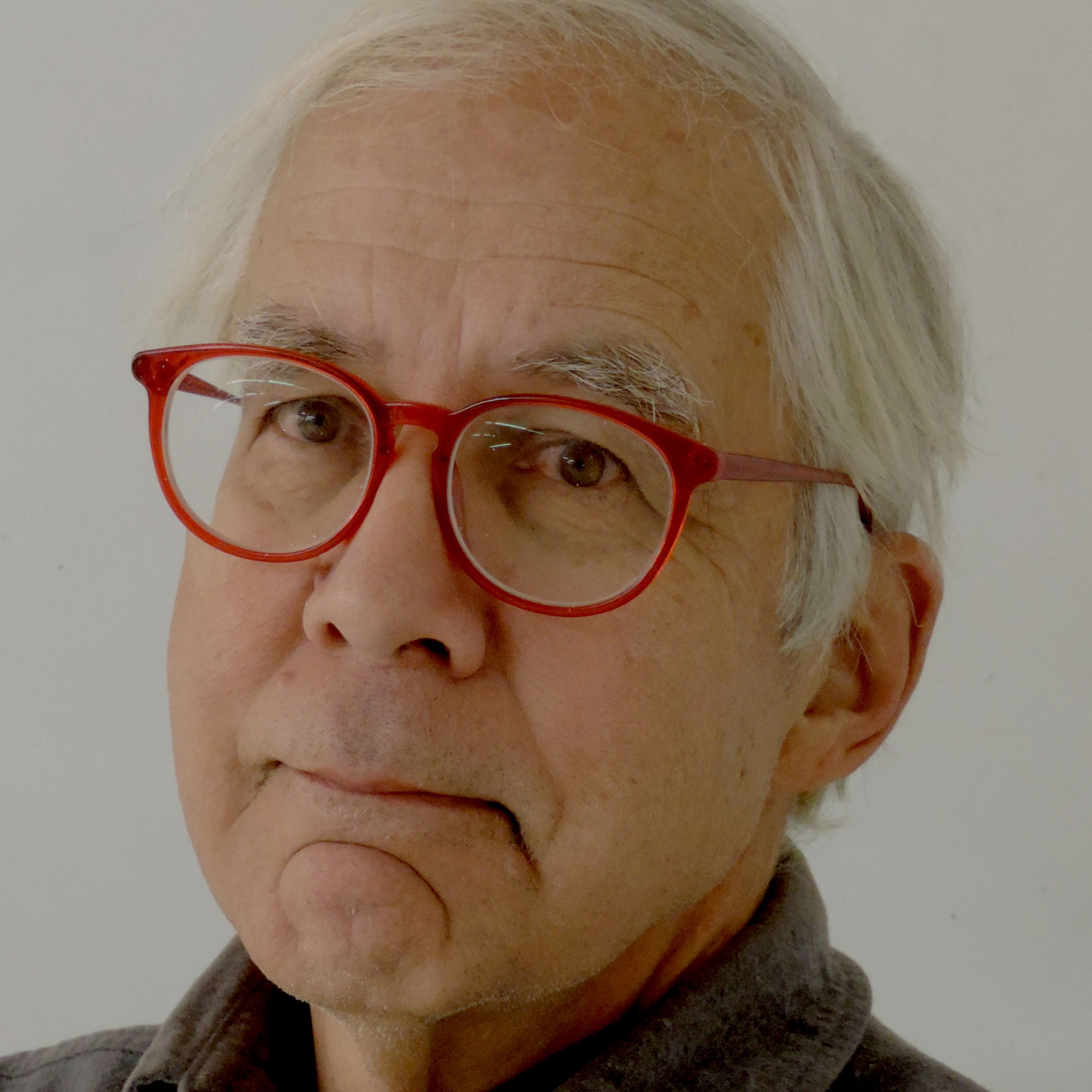 Bob Trotman is a self-taught craftsman, former furniture maker, woodworker, and sculptor. His carved wooden figures are often satirical, elaborate, contemporary expressions of traditional religious figures, ships’ figureheads, and commercial “show figures.” His most recent series, “Business as Usual” is a constantly evolving body of work that satirizes corporate culture through the eye of a craftsman. 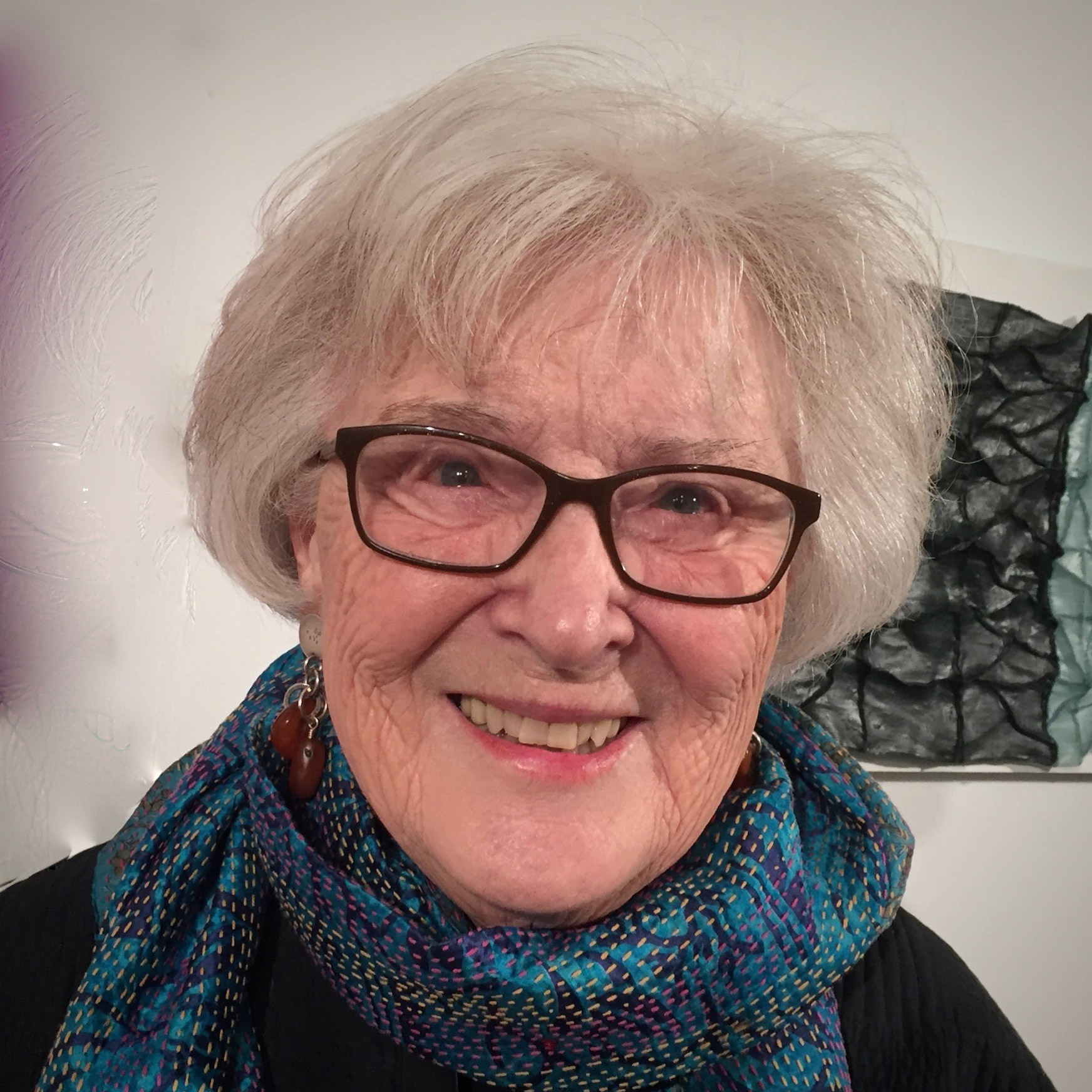 Patricia Malarcher is a textile artist and writer who has been named honorary fellow for her scholarship, research, and advocacy as a contributor of articles on craft to the New York Times and the editor of Surface Design Journal, considered the primary thought-leading publication on the contemporary textile medium. As a Renwick fellow, she documented writing on contemporary craft in all mediums. She is also a fiber artist active with the Textile Study Group of New York.

“Exposure to indigenous craft in countries such as Mexico, Ecuador, Indonesia, and Mongolia enhanced my knowledge and appreciation of craft as a deeply rooted human activity,” says Malarcher of her inspiration and connection to craft. “Being nominated as an honorary ACC fellow is beyond my wildest dreams,” she wrote in a recent letter to the ACC. “I am awed, humbled, and extremely grateful for this unexpected recognition.” 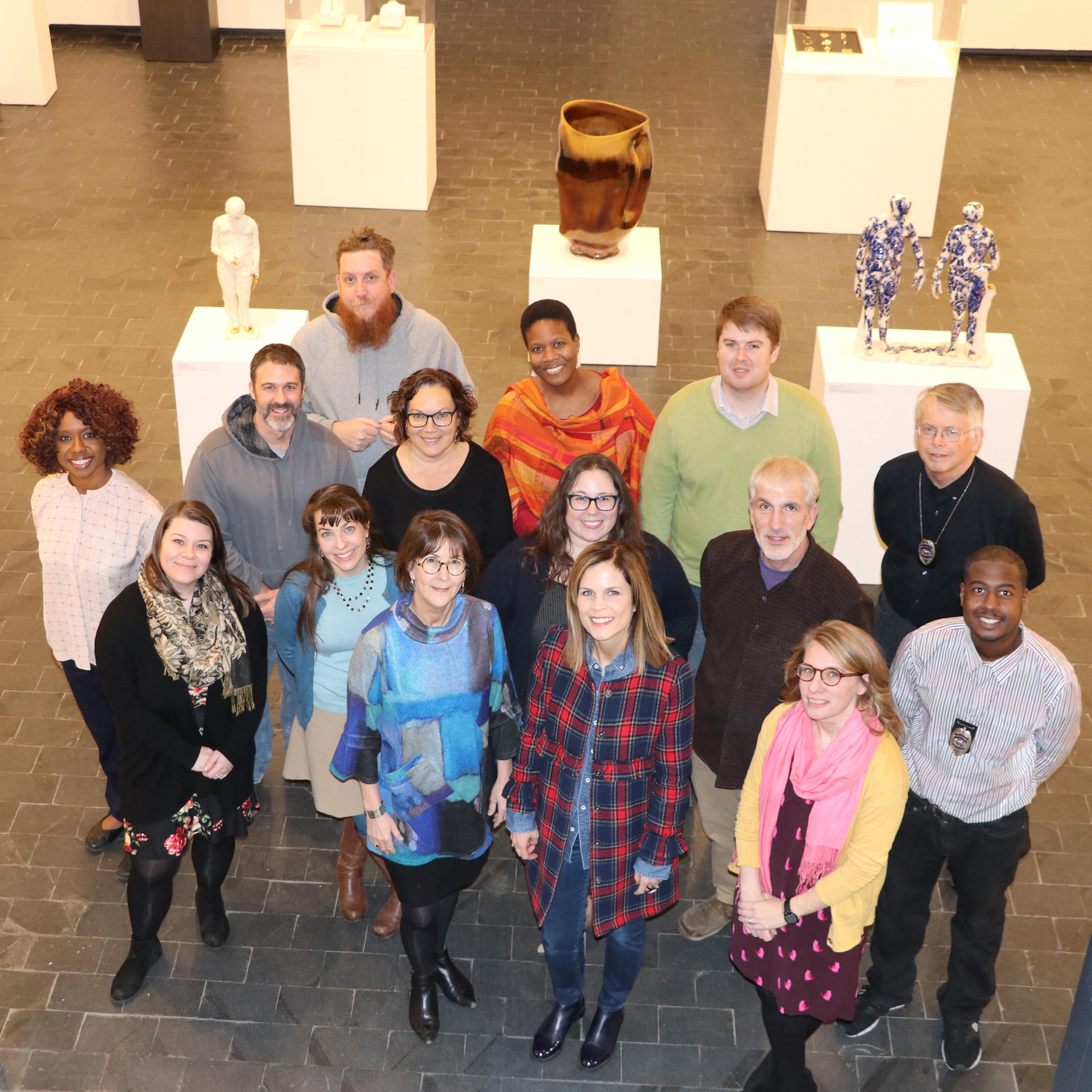 Fuller Craft Museum works to challenge the perceptions of craft, cultivate discovery, and activate dialogue and change in the field. Presenting exhibitions with powerful social content and collection initiatives that represent a diverse and inclusive range of artists and media, the organization strives to make craft relevant and meaningful.

“We are here for our community and have served as a cultural resource for 50 years. We welcome artists, students, and visitors so they may feel a sense of belonging and see something of themselves within this space. Fuller Craft Museum creates accessible opportunities for visitors to learn about craft and to expand their vision of the world around them,” said Denise Lebica, director of Fuller Craft Museum. 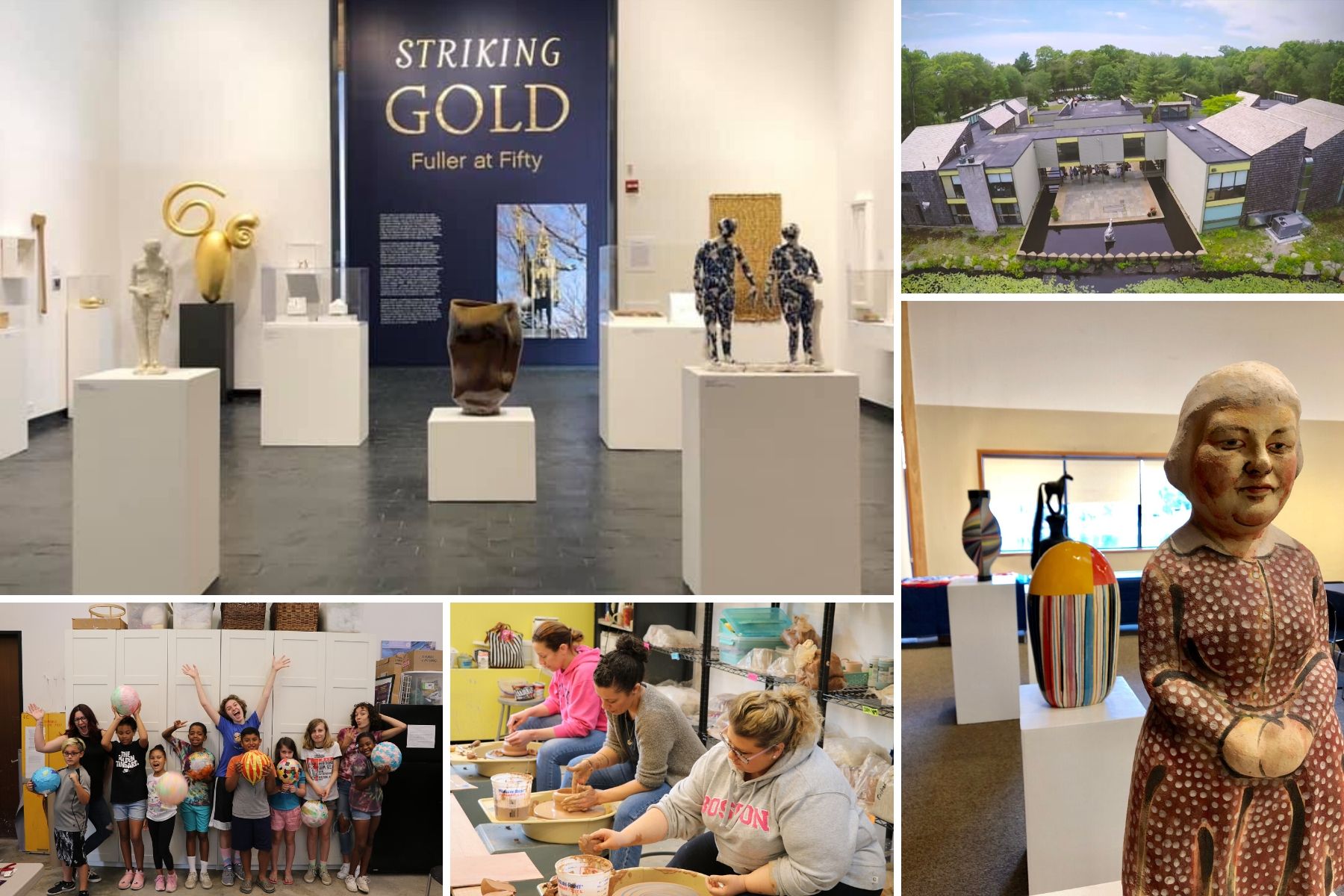 Recent significant exhibitions at the Fuller: 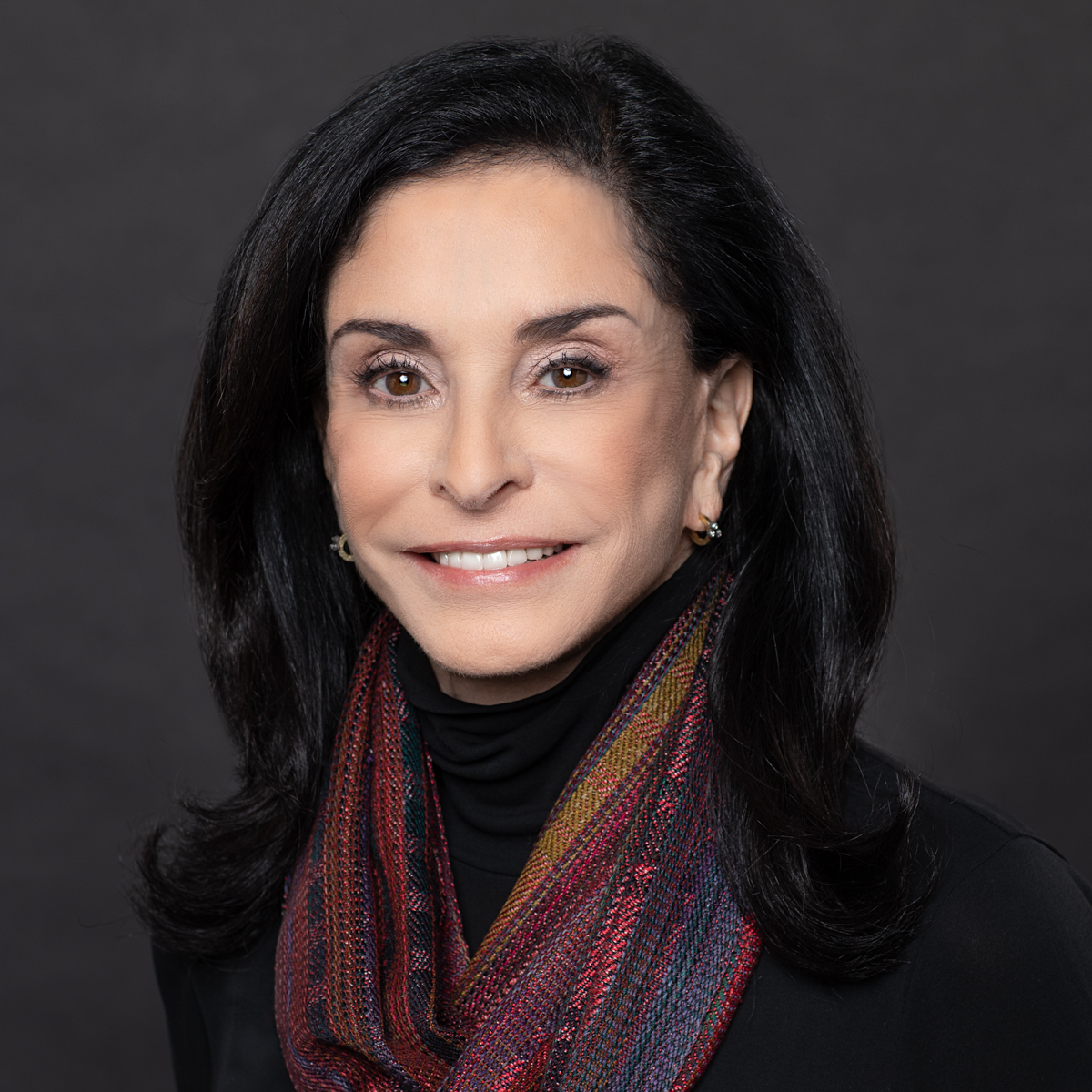 Barbara Waldman is a passionate advocate for the field of craft and design. She currently serves as a trustee of the Museum of Arts and Design (MAD) in New York City. A past ACC board chair and now a life trustee, she has held leadership positions on the boards of many other craft organizations, including the Museum of Craft and Design in San Francisco, Art Jewelry Forum, Founders’ Circle, Mint Museum of Craft + Design, and the James Renwick Alliance, Renwick Gallery, Smithsonian American Art Museum.

"As one of MAD's most dedicated trustees, Barbara has generously lent her support and shared her wisdom to advance a wide range of important initiatives at the museum," said Chris Scoates, Nanette L. Laitman Director of MAD. "I am extremely fortunate to count Barbara as an esteemed colleague and a friend, and I am absolutely delighted that she will receive this important recognition for her long-standing commitment to advancing the knowledge and appreciation of contemporary craft."

“Barbara has championed the field of craft for decades and is known for her vast knowledge, strategic thinking, business acumen, thoughtfulness, generosity, and expertise in the fields of craft and design," said JoAnn Edwards, executive director of the Museum of Craft and Design. "Her decades of dedication to the American Craft Council, serving at the board level and as board chair, helped make it the success it is today."

Edwards added, "Barbara enthusiastically supports institutions and causes about which is passionate. She is loyal and gives her time and resources joyfully. Her steadfast volunteerism is second to none. She is always the first one in and the last one out to help with an event or a project, clipboard in hand. She goes the extra mile, whether hosting a dinner or sponsoring a staff person on a buying trip for the museum’s store.”

About the ACC Awards

The Gold Medal for Consummate Craftsmanship is the Council’s highest honor. Awarded only to a previously elected fellow, the Gold Medal recognizes outstanding artistry, along with the humanistic and philosophical values exemplified over the span of a career.

To be elected into the College of Fellows, an artist must demonstrate leadership in the field, outstanding ability as an artist or teacher, and 25 years or more of professional achievement as an American craftsperson. Awardees are nominated by the active College of Fellows; the distinction represents recognition of meaningful contribution to the field not by critics, scholars, or collectors, but by one’s peers. It has become appropriately cherished by its recipients, who on joining the ranks of the College are required only to continue its legacy of nomination and recognition of the successive generations of craftspeople.

In addition to artists, individuals who have made their own significant contributions to the craft movement are nominated and elected as honorary fellows, their designation including all the distinction and recognition of the College. The significance of the College of Fellows to the field cannot be overstated, and the value of material related to the individuals has proportional importance to the preservation and scholarship of American craft.

The Aileen Osborn Webb Award for Philanthropy is named after the founder of the ACC and honors exceptional contributions supporting the field of craft.

The Award of Distinction recognizes an individual, organization, or institution that has made significant contributions to the field over a minimum of 25 years.

ACC honors Award recipients by creating individual artist files (archives) for them for the ACC Library, housed in Minneapolis. Including images of work, artist statements, exhibition materials, and other ephemera, these files embed the winners’ stories in the legacy of American craft.

College of Fellows programming is made possible through generous support from the Windgate Foundation.