An interview with food writer Korsha Wilson on the craft of cooking and the unacknowledged innovators behind the food we eat today.

An interview with food writer Korsha Wilson on the craft of cooking and the unacknowledged innovators behind the food we eat today.
Monday, June 8, 2020
June/July 2020 issue of American Craft magazine 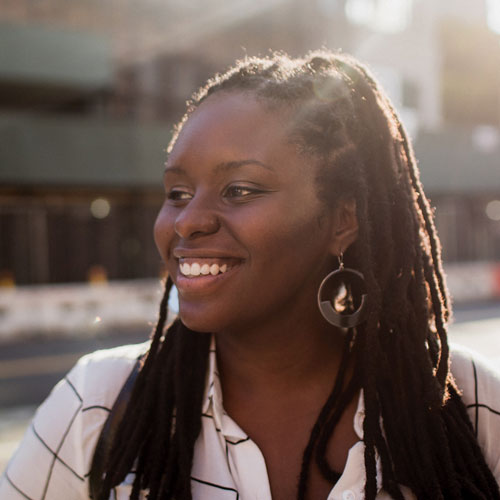 ↑ Korsha Wilson is a food writer and host of the podcast A Hungry Society.
Portrait: Celeste Noche

In her work, Korsha Wilson, a food writer and host of the weekly podcast A Hungry Society, explores the intersection of race, class, and gender in dining and culinary spaces and communities. In March, she shared tea during a video conference with multimedia artist and American Craft Council board member Sarah K. Khan about the similarities between craft and cooking and what people can learn about society from the ways we make, share, and appreciate things – whether they’re of glass, fiber, wood, or culinary ingredients.

How do you consider the culinary arts a form of craft?
Preparing for this conversation, I thought back to 2013 or 2014, when I was a cheesemaker in the Boston area at this really small cheese shop called Fiore Di Nonno, and I was writing on the side. It was really hard, physically intense work, and it was definitely, absolutely, a craft. When I think about working with my hands, I go back to that time. It was also a craft in that you must taste each batch of cheese to make sure the butterfat is where it needs to be and the texture is good and that it sat in salt brine long enough. It was a really interesting time.

So making cheese requires this multisensory, embodied knowledge that might not be written down, just like in the craft arts. It reminds me of how a baker must pay attention to the texture of dough at various points in the baking process. What are you working on right now?
A lot of my writing is trying to show people that some of the brilliant craft in cooking comes from people who didn’t have degrees, who had rice and tomatoes and some garlic and maybe some stock or maybe just water, and made jollof [a West African stew], or who had some flour and some sugar and some oil and made beignets. There’s brilliance in so many cooks who weren’t acknowledged, but who literally created the foundation for so much cuisine. A lot of my writing comes back to that – how do we revere the people we don’t know, who did a lot of work to create the dishes that we enjoy today?

I’m thinking, as I’m sure you are, of an expansive definition of the word “craft” and of the importance of giving proper acknowledgement.
I think there’s been a long, long history of not giving proper credit. “Craft” is being used as a buzzword, as an indicator of artistry or of something being artisanal. But it’s never applied to the nameless people whose handiwork can be seen all over North American foodways; they’re not given proper credit. For me, that’s really important: to not just keep talking about French and Italian chefs who have big-name restaurants and a massive PR team behind them because those chefs are actually going to the mom-and-pop places; they’re going to their local taqueria after work. So why aren’t we acknowledging the craft that’s in that mom-and-pop taqueria or mom-and-pop Chinese restaurant? That’s just as valid, to me. 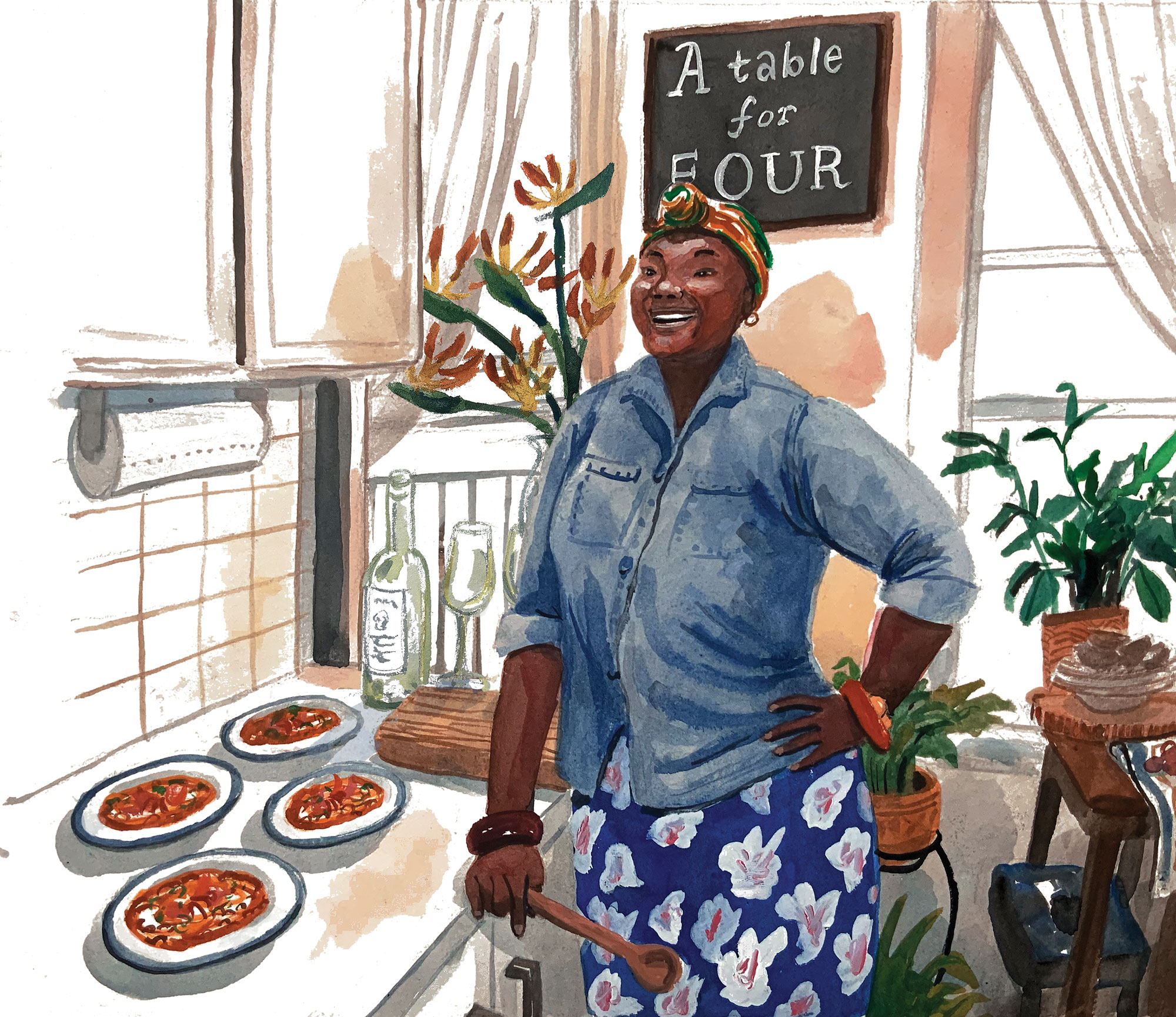 What are some of your projects that speak to this?
I host a podcast called A Hungry Society. It’s been really eye-opening and helpful for me to have conversations with people in food, from chefs to writers to people who do pop-ups in their kitchens on the weekends. People who, I think, are doing amazing work and not getting enough attention for it. I’m expanding the website to include stories from people – specifically, people of color – who work in the restaurant industry or are adjacent to it, about the work that they do and what they think and care about. People who are – I hate the term “voiceless,” because nobody is voiceless; it’s just that some people get a mic to speak, and some people don’t.

To me, it’s important to document the stories of people who are doing this work right now, because oftentimes, when I try to go back and look at where traditions started or who can be credited with creating cornbread or beignets or whatever, there’s only so far I can go because these stories weren’t documented, and people weren’t given the full humanity of even having their story heard – let alone written down – for future generations to build from.

What I’m asking myself now is: How can I use A Hungry Society as a platform for recording these conversations – not just in audio form, but in written form and visual form, too? Maybe someone wants to draw something, someone who works in a restaurant who likes cartooning, and they’re looking for a home for it. What can I do to create the space for people who are doing amazing work to document themselves and their craft right now?

The food world is so patriarchal; in many instances, the domain is gendered. It’s so pervasive that it’s invisible.
There was a time when I really believed in the hierarchy of “this restaurant is the best, because this organization says so, and it has these awards, and this magazine has spoken about it.” I don’t subscribe to that today, because it all exists within a structure that has allowed these spaces to stay super-white and super-male for a long time. In order to break those structures, I feel like you have to break from the idea of that being representative of “the best of the best.” Something I often get stuck on is: How much brilliant work have we missed out on because of the misogyny and racism in the food world? 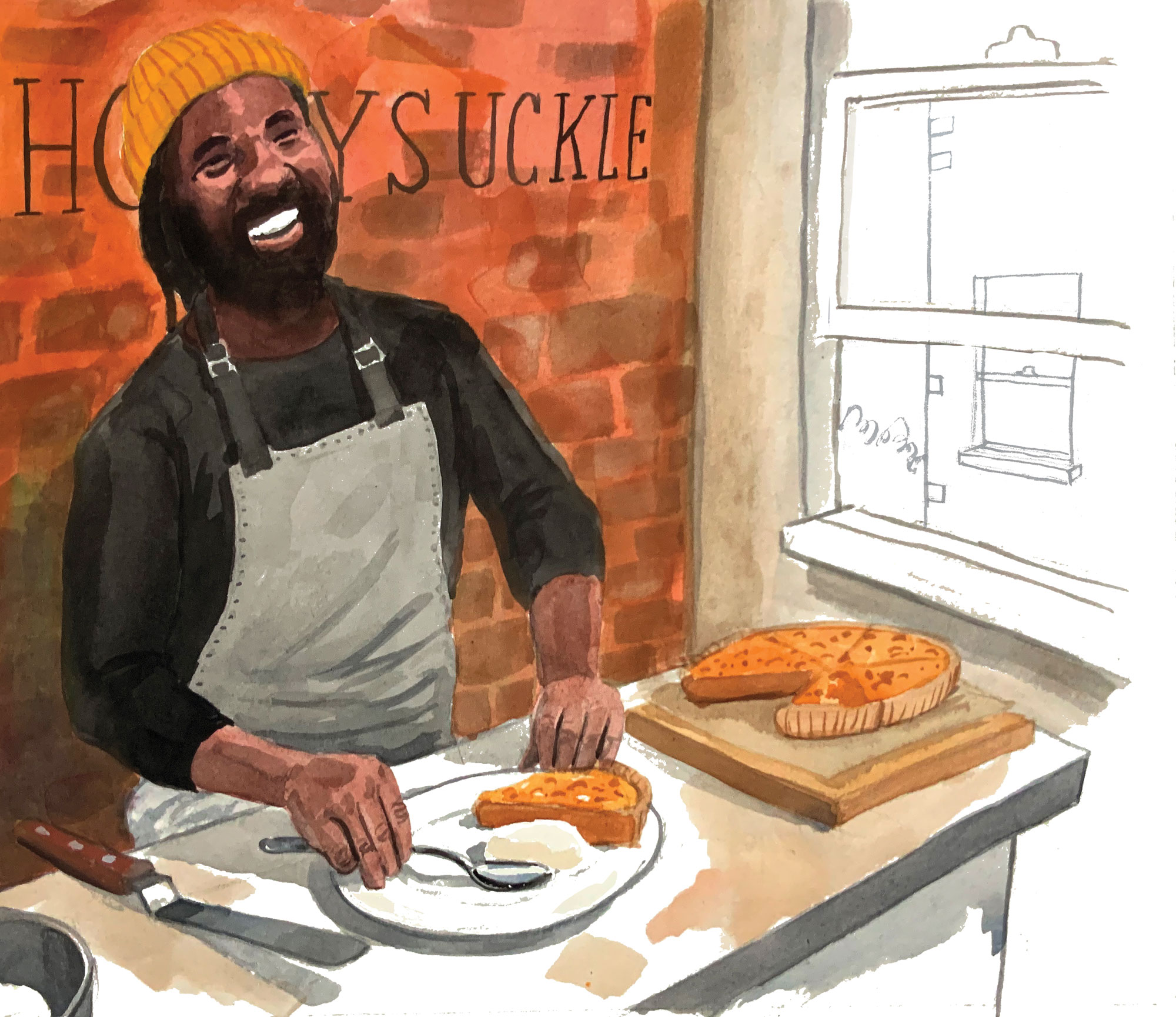 Who are some of the culinary leaders you follow? There are so many great women and men out there.
There are so many, and I’m grateful to work in a time when the internet exists, and we can follow people all over the world. I’m looking to chefs like Leigh-Ann Martin, who runs a great pop-up in New Jersey out of her apartment called A Table for Four. She grew up in Trinidad and Tobago and cooks Caribbean food. She had a full-time administrative job and just decided, “You know what? I want to cook the food I grew up with, but also use the ingredients that are around me. I live in a mostly Cuban-Dominican neighborhood. I’m going to use these ingredients and make Trinidadian food.” Her food is so delicious and so beautiful.

I’m looking to chefs like Omar Tate, who is also a poet and is brilliant. He runs these pop-ups called Honeysuckle, and he not only cooks, but he incorporates storytelling into each dinner. He traced his lineage from South Philly, where he grew up in a black Muslim household, down to South Carolina.

I’m looking to people like Howard Conyers, who works for NASA but also is an accomplished pitmaster. He makes whole-hog barbecue, which he learned from his family. And I’m looking to Therese Nelson, a black culinary historian, who is brilliant.

And an amazing custodian of knowledge.
Yes! She knows so much about black culinary foodways from doing the work of completely immersing herself in the culture and reading, researching, and talking to people.

And I’m looking at people like Georgia Gilmore, who founded The Club from Nowhere [a group of women who baked and sold pies, cookies, and cakes to help fund the Montgomery bus boycott in the mid-1950s]. I’m thinking about the ways in which she built her own structure outside of the existing one, running a restaurant out of her house. That’s inspiring to me and shows that you don’t have to stay within a structure that says, “you can’t have this,” or “you can’t do this,” or “it has to look like this to be deemed worthy.” You can build what you want, and it can be meaningful and valuable. 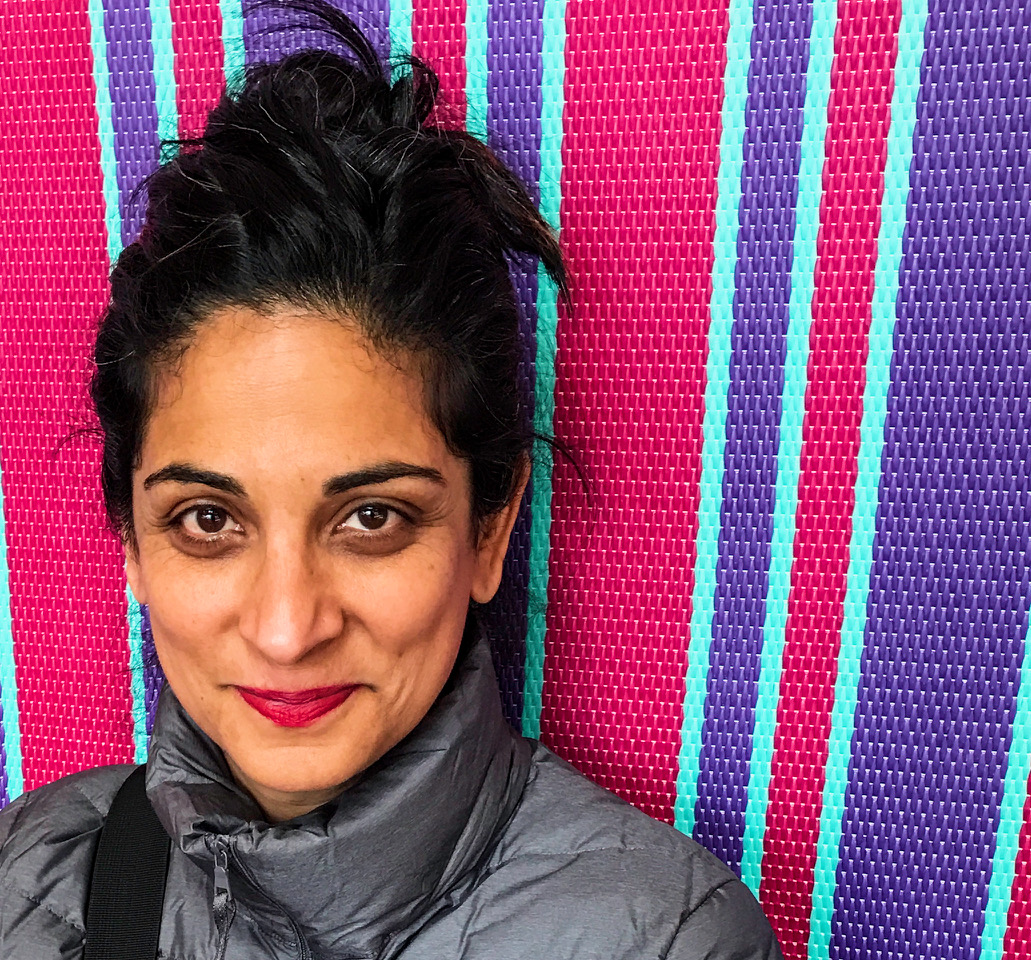 Sarah K. Khan is a New York City multidisciplinary artist and scholar who serves on the American Craft Council Board of Trustees.