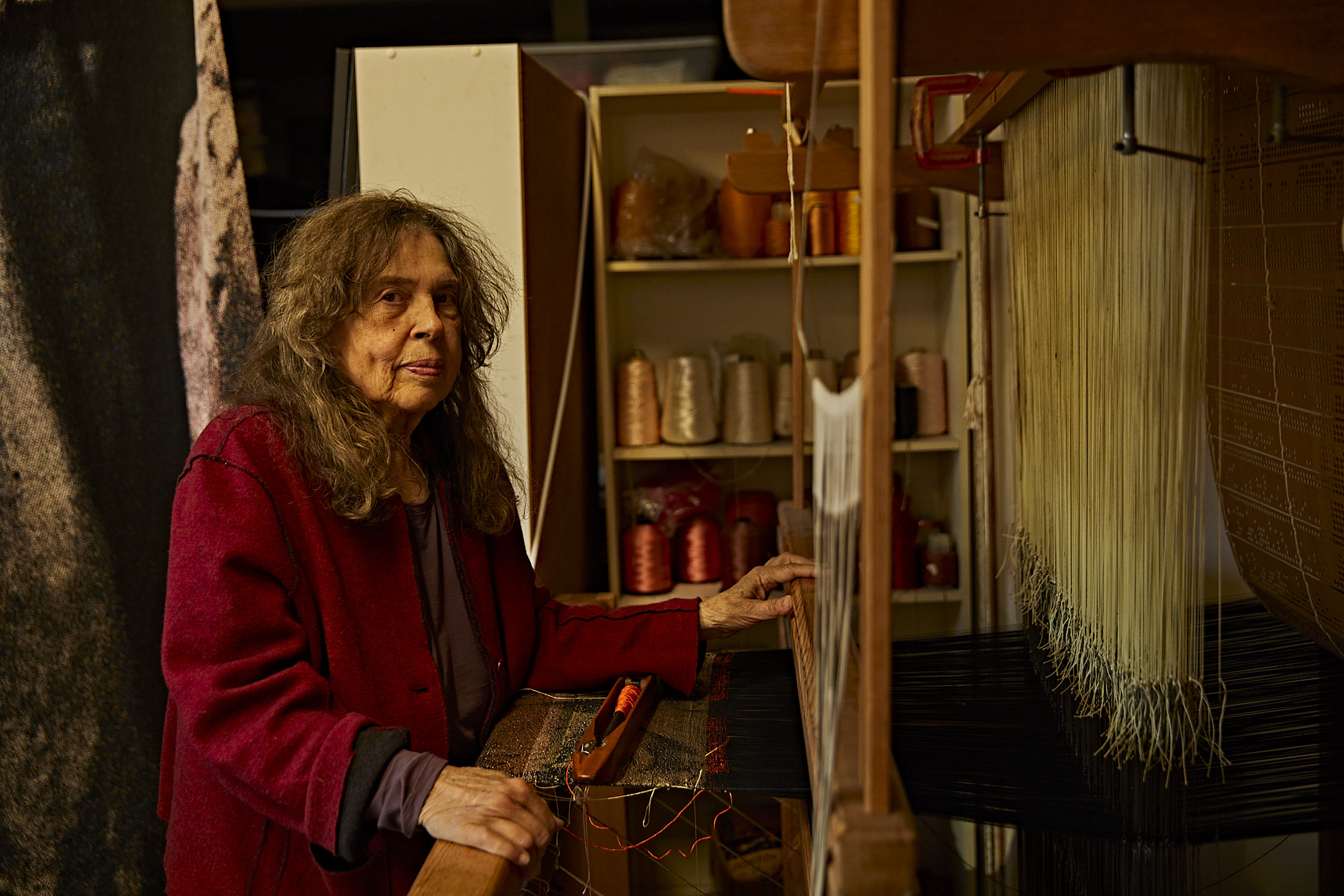 Lia Cook at the loom. Photo by Gabriela Hasbun.

Berkeley, California
Inducted into the College of Fellows in 1997

Textiles are an essential component of everyday life, from clothes, towels, and bedding to upholstery and curtains. Our skin constantly interacts with textiles, which are intimately connected with touch. So, what happens when we’re drawn to a textile piece in a museum that we can only look at? We experience a strong emotional response, according to textile artist Lia Cook. That belief, backed by scientific inquiry, is at the heart of Cook’s ongoing artistic experimentation as a textile artist.

A restless and relentless innovator, Cook, 79, has created varied bodies of work throughout her career concerned with bodily sensation and the physicality of cloth. She began with immersive work that employed magnified imagery of weave patterns as the subject. Cook then investigated drapery, making works that included acrylic- or oil-painted imagery of draped fabrics on linen or abaca, which she cut into strips and inserted as weft into hand-painted warps and wove on a 32-harness loom.

Following residencies in Italy and Germany in the mid-1990s, Cook purchased Jacquard looms and began embedding woven versions of family photos into narrative, personal works. In 2010, she became an artist in residence at the University of Pittsburgh’s TREND program (Transdisciplinary Research in Emotion, Neuroscience, and Development), where she compared viewers’ emotional responses to facial photographs and to the woven faces she’d created. She believed that “Something about the textile engenders embodied emotional response beyond that of the two-dimensional photo.” 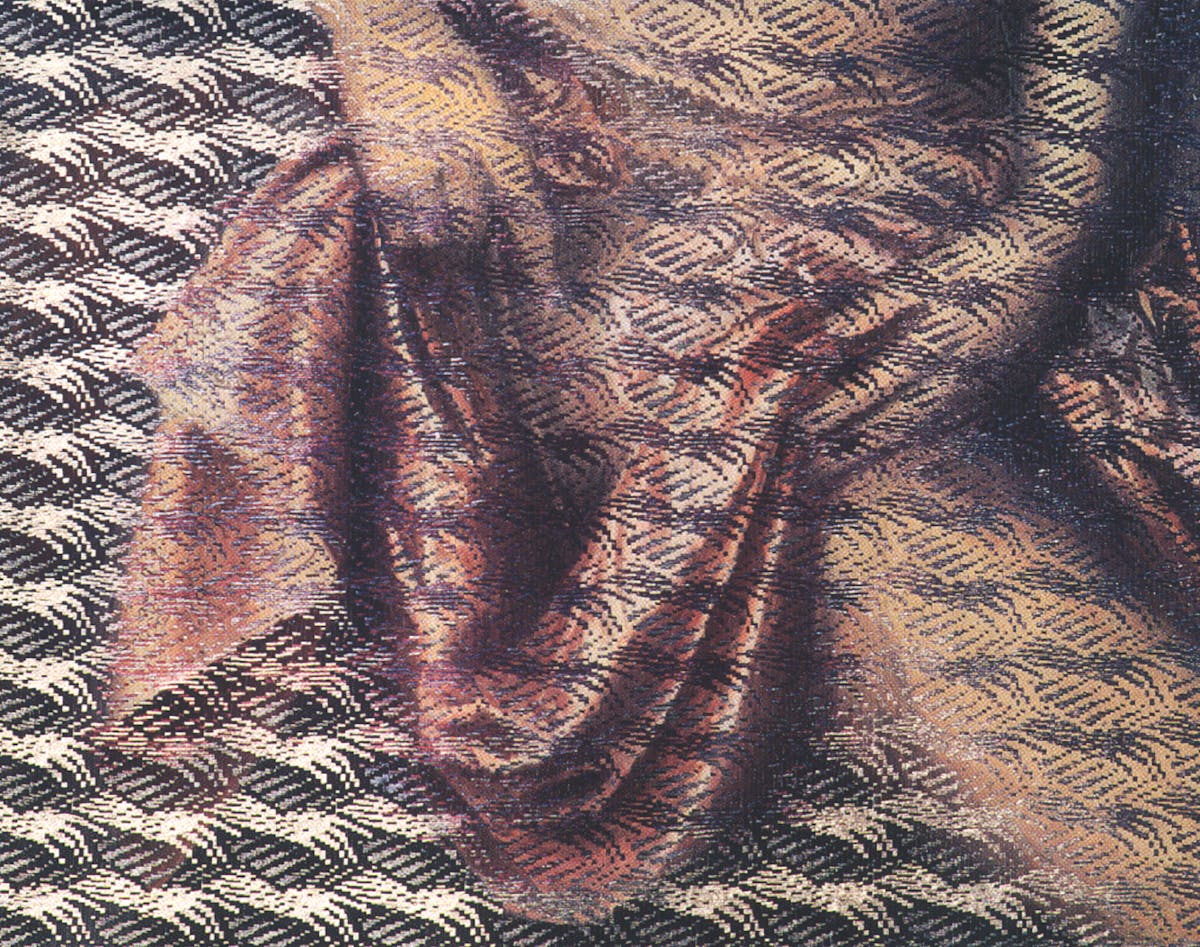 Point of Touch: Bathsheba, 1995, linen, rayon, old paint, dyes, 41 x 51 in. Collection of the Oakland Museum of California. Photo courtesy of the artist.

In collaboration with TREND scientists, Cook tested this hypothesis by comparing volunteers’ MRI data and EEG brain activity while viewing photographic and woven images. Using the data images of her own brain, and software from the Massachusetts General Hospital/Harvard biomedical imaging lab, she manipulated the images and wove “fiber tracks” that visualize the brain’s structural neuronal connections into her textile work.

In doing so, writes Deborah Valoma in Lia Cook: In the Folds—Works from 1973–1997, “Cook’s work defies the ‘ocular-centricity’ of Western art by overturning the hierarchy of the senses and repositioning the sense of touch in the foreground. Although the work is never handled in the gallery or museum, the sense of touch is so fully activated that the experience of the work is startlingly touch-sensory.” 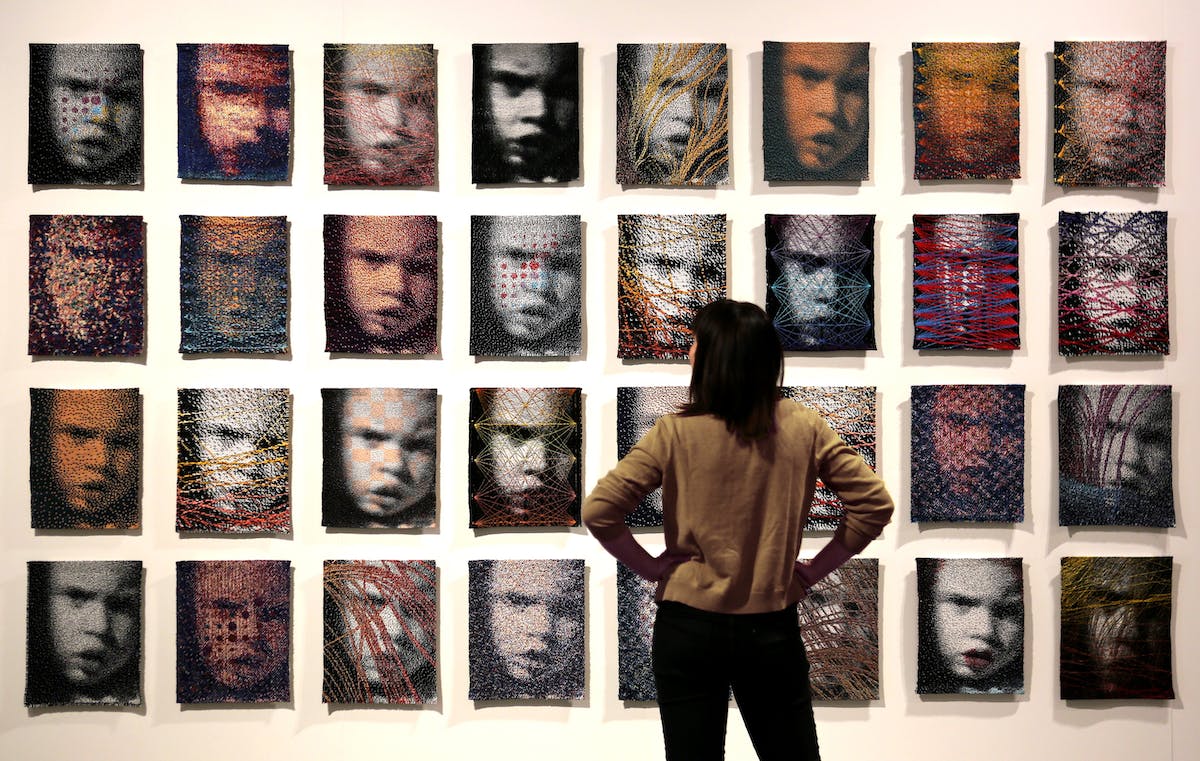 Venturing to the far edges of her artistic field, while keeping the textile itself as the subject matter, Cook is currently tying together threads from different bodies of work, using the neural fibers she gleaned from software imaging, plant fibers from her garden, and the woven parallel lines she used in the 1970s to generate new intimate works.

“Art and science are more similar in their process than many people think,” Cook told arttextstyle.com, published by browngrotta arts. “Each requires starting with a question, being curious, discovering something new, being willing to take the answers or lack of answers—good or bad—and building on that for the future.” 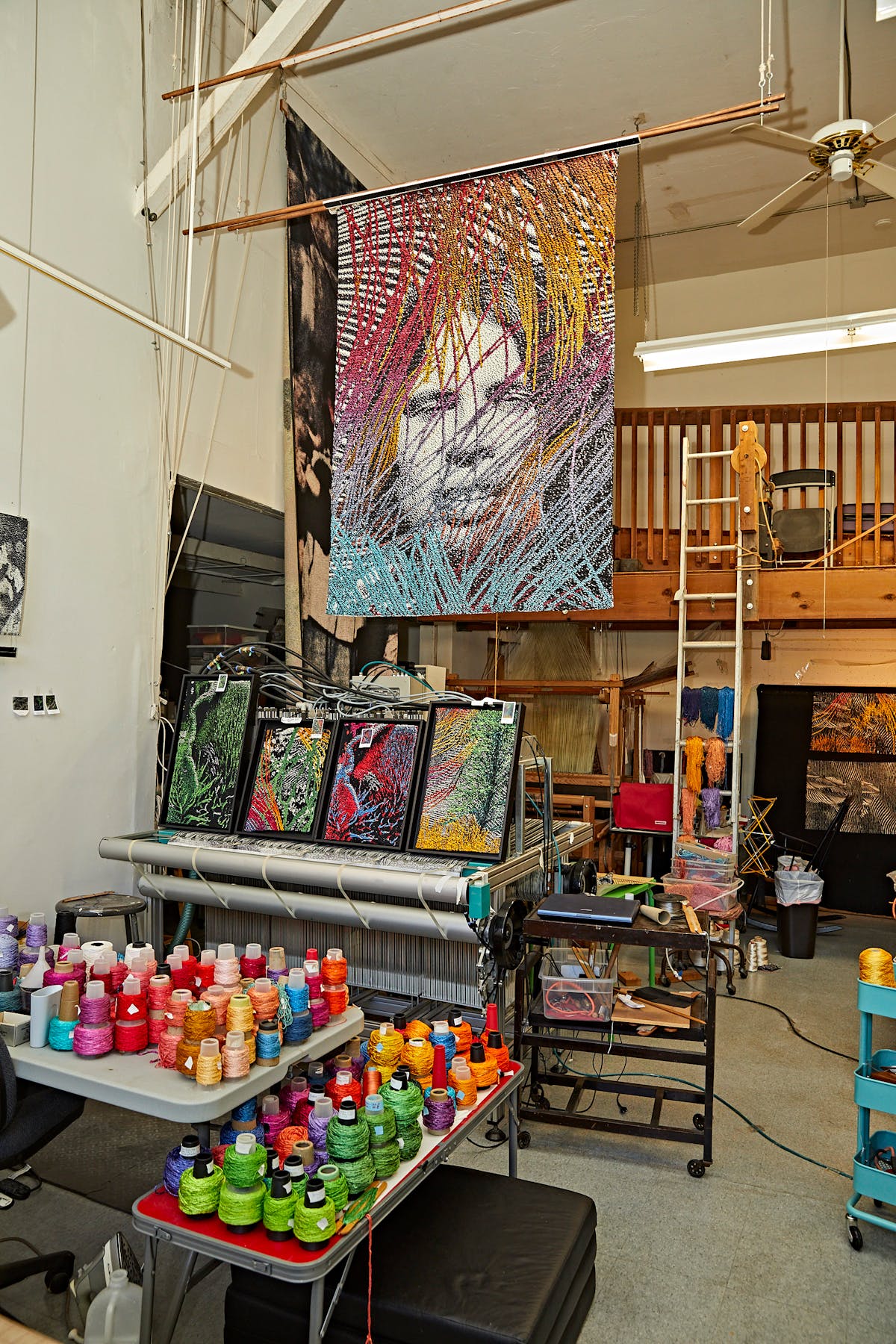 “Art and science are more similar in their process than many people think.”
—Lia Cook in arttextstyle.com

In exploring the sensuality of the woven image and the emotional connections to memories of touch and cloth, Cook has created an original and innovative practice that reenvisions textile art in ways both subversive and sublime.