With their handmade lighting company, a pair of glassblowers find success in the transition from studio artists to small manufacturers.

“A craft-centered business, supported by design” is how Joe Limpert, 32, describes Hennepin Made, the glass lighting-fixture company he and Jackson Schwartz, 34, launched in Minneapolis in 2011.

“Modern, refined craft” is the aesthetic at play in their artful pendants, canopies, sconces, and chandeliers, which illuminate restaurants, offices, and residences in cities all over the United States. At Hennepin Made, the in-house team includes designers from diverse backgrounds – furniture, industry, theater – along with skilled glassblowers, who together create what Limpert thinks of as “small-scale artworks made on a small-manufacturing scale.” Non-glass parts, such as metal hardware and wood components, are done by other local craft businesses.

That emphasis on the maker’s touch stems from Limpert and Schwartz’s roots as craftspeople. The Minnesotans met in 2009 at the University of Wisconsin–River Falls, where Schwartz was a glassblowing instructor and Limpert a student. They became artistic collaborators, traveling the art-fair circuit to sell their one-off decorative glass pieces. With the economy in recession, they soon decided it wasn’t a sustainable way to make a living. Yet, at the same time, consumer interest in American-made products was on the rise. 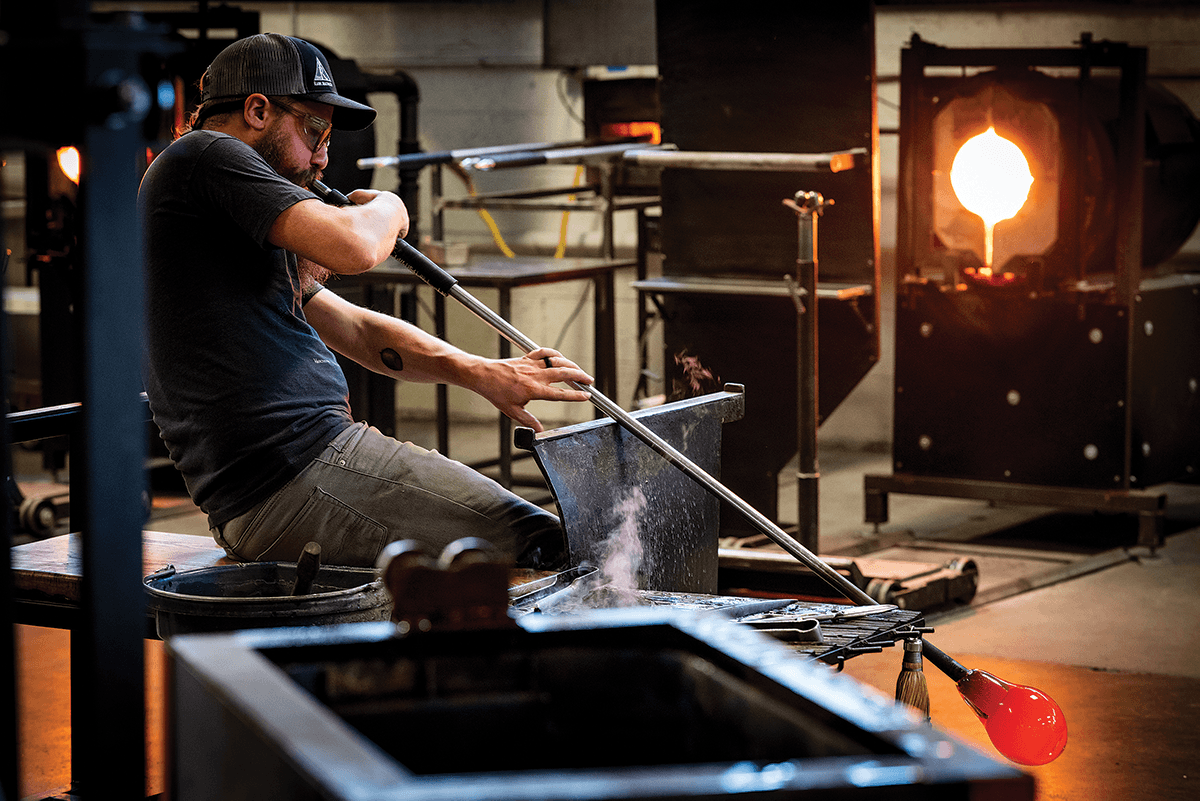 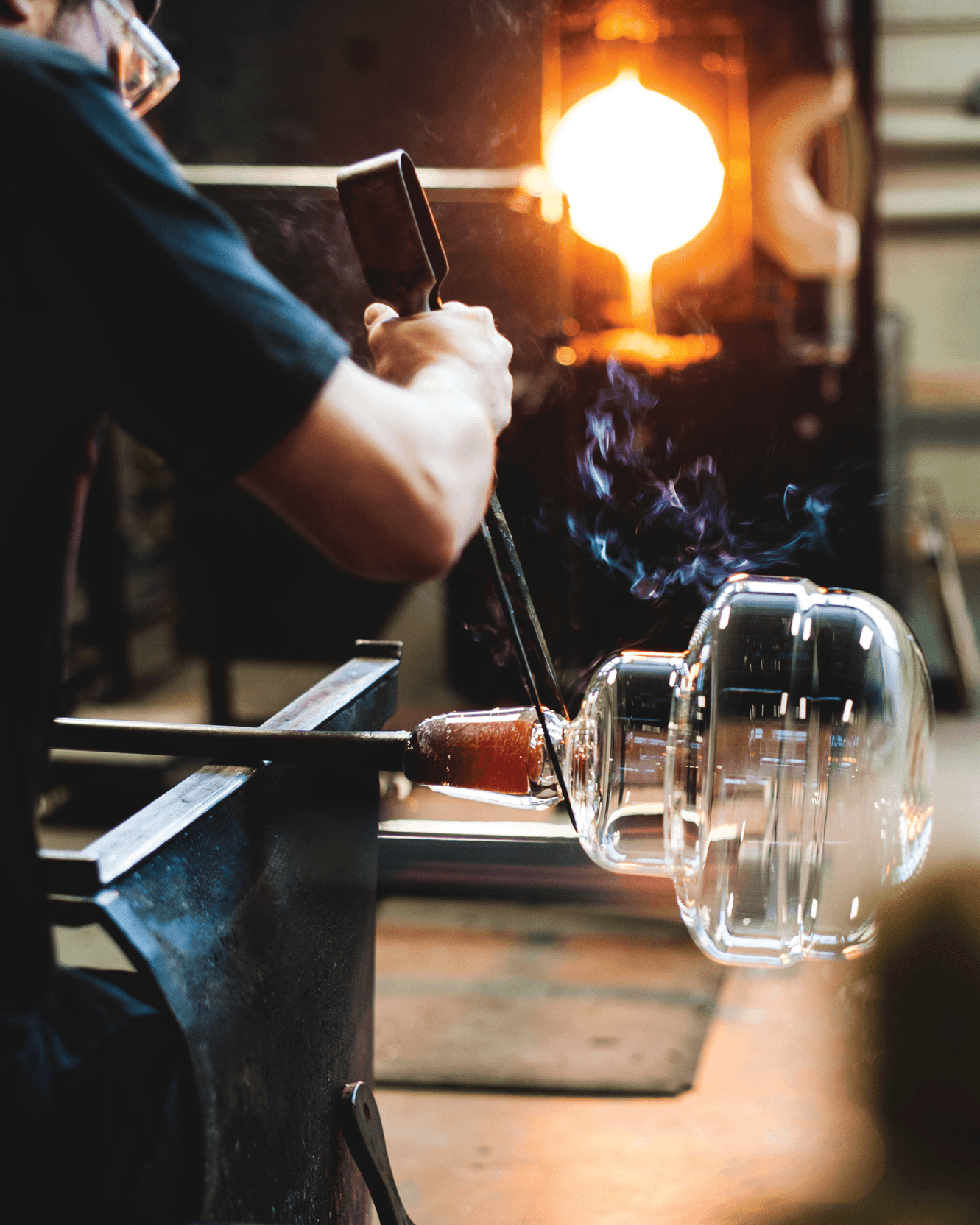 The company welcomes the public into its headquarters, which includes a hot shop, café, and event space.

“We realized there was a good opening in the market for handmade glass lighting,” says Limpert. Switching to a product-based approach felt natural to them, an opportunity to use the skills they’d learned making glass, but in different ways.

The company thrived and grew in its original rented space on Hennepin Avenue in Minneapolis. Then in 2016, the two partners bought, renovated, and moved operations to a 30,000-square-foot former industrial building in the city’s farmer’s market district. Today their design vision extends not just to individual objects and how light transforms space, but also to community. With that in mind, their light-filled headquarters includes a café and a 4,000-square-foot venue for weddings, creative gatherings, corporate events, and craft markets. As Limpert says, “We want to invite the public into our process, to be a part of our story, come along with us on the journey of celebrating our craft.”

A pairing that works
Hennepin Made’s founders play complementary roles – Schwartz focuses on growth plans and creative direction, while Limpert oversees production and processes – an arrangement they say has been integral to success, along with their dedicated team.

Popular products
The curved shapes of Parallel, their first collection, still sell best, but Schwartz and Limpert are excited about the strong response to two new offerings: vertical and horizontal lines of light called Celeste, and the Neena pendant, designed in collaboration with Atlason Studio in New York.

Bright possibilities
Looking ahead, the company is exploring new possibilities in glass casting and surface treatments. “Evolution is extremely important to us,” says Limpert. “Something we want to start focusing on is limited-run artist series, small releases of pieces that have a little more handwork in them.”