With great sorrow we share the news that Paul J. Smith, former director of the Museum of Contemporary Crafts/American Craft Museum and director emeritus of the Museum of Arts and Design (MAD), died this week at the age of 88. During his 30 years working with the American Craft Council, Paul pushed the boundaries of the museum exhibition experience, and embraced craft in all forms as important artistic expression. ACC director Sarah Schultz expressed the following thoughts with trustees and friends earlier this week:

I am writing on an appropriately rainy and dreary day here, with the sad news that Paul Smith, a long-time associate of the American Craft Council, recipient of our Aileen Osborn Webb Award for Philanthropy and director emeritus of the Museum of Arts and Design, passed away this week at the age of 88 in New York City.

It’s truly the end of an era. Paul’s legacy looms large over ACC and the craft world. For those who may not have known him, his biography below does not do justice to his enormous influence on the field of studio craft and the history of the Council. In many ways he was a curator ahead of his time, whose joyful and open approach to craft has found great resonance for a new generation of curators and scholars. 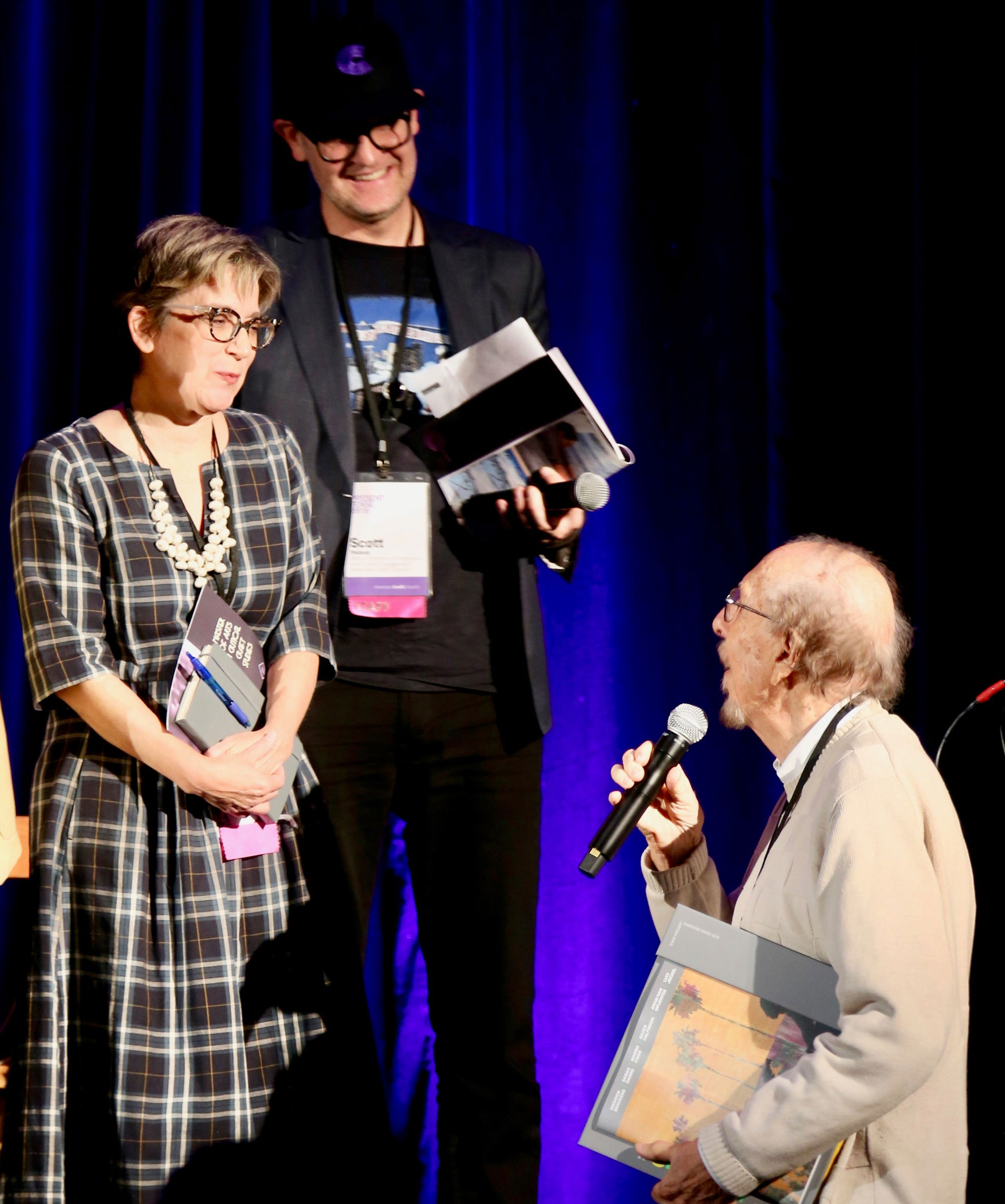 I’m deeply grateful that Paul was able to participate in the "Present Tense" conference in Philadelphia this October. I’m even more grateful that we took a moment to give him an impromptu and much deserved tribute for his tremendous contributions to the craft field and the Council. He told me several times that he had attended every ACC conference but perhaps one. Throughout his life and career, he was a source of inspiration to artists and curators. He never stopped working and supporting the way the field evolved.

Paul was such an institution and integral part of the craft world, it never occurred to anyone that he wouldn’t be with us forever.

Paul’s work and vision are deeply engrained in the history and fiber of the American Craft Council. ACC is collaborating with MAD to create an online tribute to Paul in the coming weeks. Please visit our digital collections to explore further the curatorial vision and legacy of Paul J. Smith.

Paul Smith next to "Madonna of the Golden Rags" by Claude Horan (l.) and "Floor Vase" by Rudy Autio (r.) from the exhibition "Contemporary Craftsmen of the Far West" at the Museum of Contemporary Crafts September 22 – November 5, 1961.

Paul J. Smith holds the Kiss frontman Paul Stanley's boot, which was included in the exhibition "The Great American Foot” sponsored by the Kinney Shoe Corporation and held at the Museum of Contemporary Crafts (MCC) April 14 – June 30, 1978, just before the band went on tour.

Director of the Museum of Contemporary Crafts Paul J. Smith addressing an audience at the First World Congress of Craftsmen in New York City, 1964.