We are saddened to share the news that renowned Seattle artist and metalsmith Nancy Lee Worden died in her home from ALS on February 17. Nancy's prolific metal arts career spanned well over four decades, and she was featured twice in the pages of American Craft magazine. Even with diminished motor skills, she continued to design and oversee the construction of works of art until shortly before her death.

Thank you to Dorin Meinhart for sharing this tribute to Nancy.

Nancy took her first jewelry class at Central Washington University when she was in high school. She went on to enroll in the university’s metal arts program headed by Ken Cory, earning a BFA in 1977. In 1980, she enrolled in the University of Georgia to study jewelry and metalsmithing under Gary Noffke. After earning her MFA, Nancy worked in retail and in art galleries, which provided her training in the business aspects of jewelry as art. She was also actively involved in organizing shows for other artists while refining her own style. By the 1990s, she had developed a regional reputation and national notoriety for her distinctive style that merged personal and political themes. In 2004, Nancy was named Central Washington University’s Distinguished Alumna of the Year. 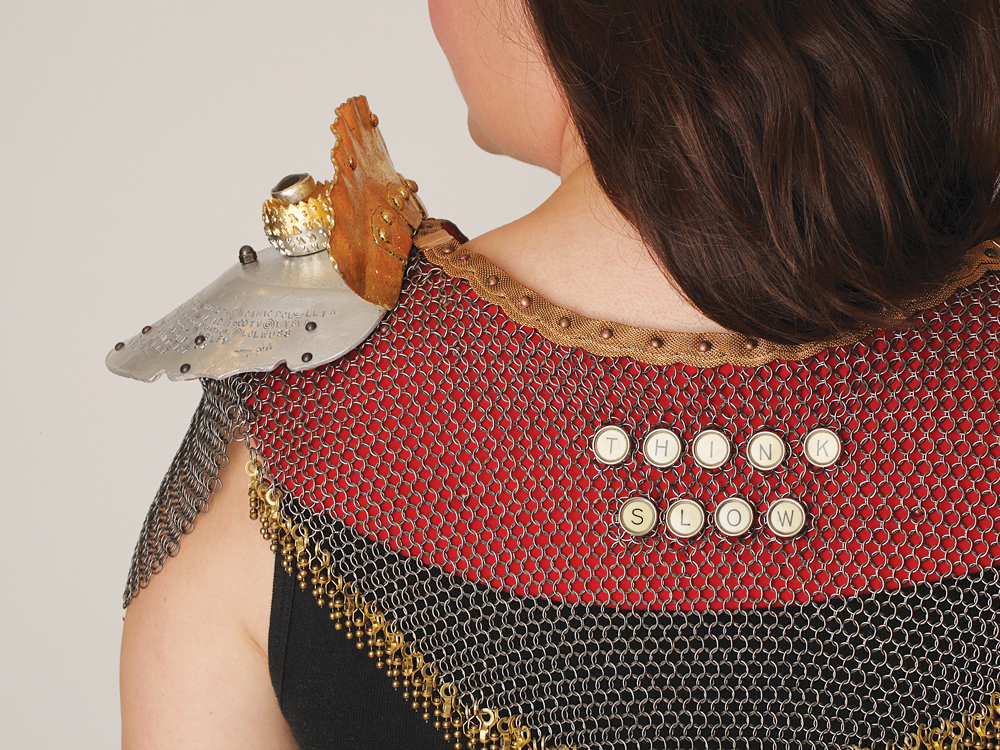 While producing a formidable body of narrative jewelry, Nancy also opened the door for other metals artists by working with the Tacoma Art Museum to mount a retrospective of Ken Cory’s work after his death in 1994. This exhibition effectively expanded the scope of TAM’s collecting focus to include contemporary studio art jewelry from the Northwest region. Nancy also helped raise funds to establish the Ramona Solberg Jewelry Endowment, and she continued to be a dedicated educator and active promoter of the museum’s jewelry focus with subsequent exhibitions and programs.

In addition to her art making prowess, Nancy was involved in metal arts education throughout her life. She taught casting, mold making, and narrative jewelry classes at Pratt Fine Arts Center, Central Washington University, Penland School of Craft, and as far away as Italy. She was a great advocate for youth arts education, having understood the power of recognizing and encouraging youth artistic achievement. When a group of Washington high school metal arts teachers approached Seattle Metals Guild about organizing a state-wide annual exhibition of student work (later to be known as Passing the Torch), Nancy helped get this dream off the ground by personally visiting high school metal arts teachers in their classrooms to promote their participation. She secured gallery space and set up the 2nd and 3rd annual show at Gallery One in Ellensburg, Washington. Passing the Torch ran from 2003–2019, with high school students around Washington looking forward to this annual show. 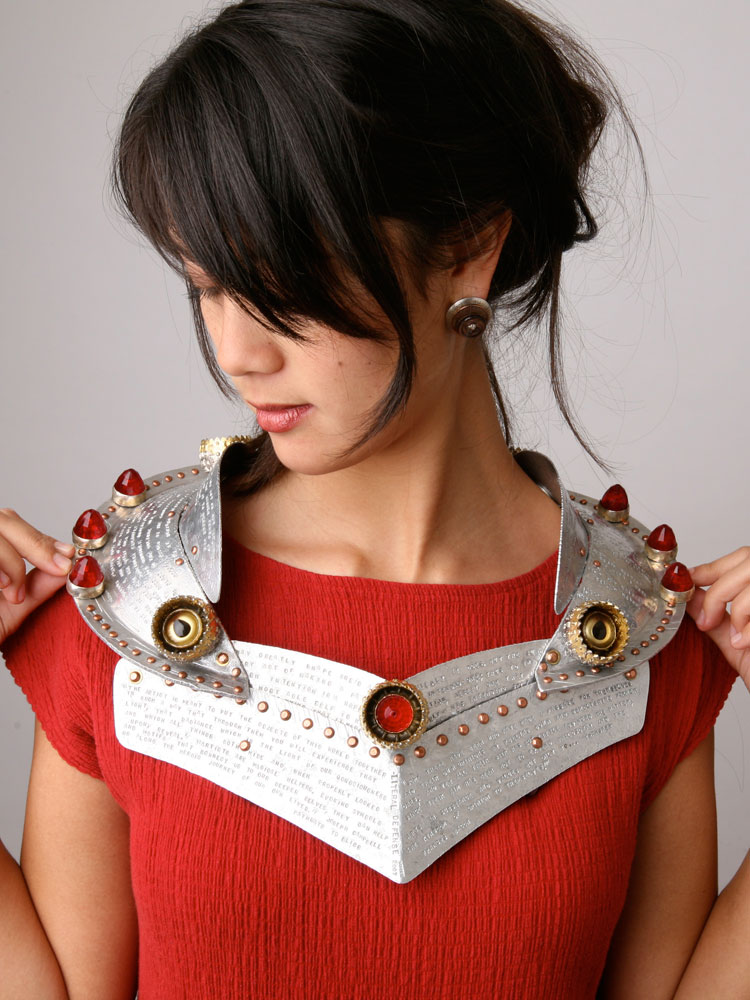 Personally, I always saw Nancy as a supremely focused and unstoppable force. She was not afraid to imagine and realize big dreams and cared passionately and completely about everything she did. She always planned ahead for the future even though hers would be cut short, and her strength and her passion lives on in the power of her work. Many of her later pieces would be pieces of armor. Now I understand this even more. Nancy overcame many obstacles in her life as her body succumbed to the ravages of ALS. In one of the SMG invitational shows at the Bellevue Arts Museum, she created a multiple tiered chandelier titled The Patient is at the Bottom of the Food Chain dedicated to the many generations of women in her family who died of ALS. Nancy inspired me with her power, her grit, and her determination. I can not believe that anything, even ALS would be able to extinguish that powerful light. Nancy lived every day with such urgency, such purpose, and such courage.

RIP my beautiful and courageous friend. Your power lives on forever in your art.

The Museum of Arts and Design’s stellar jewelry collection and works by Nancy Worden and Kiff Slemmons are each the subject of a recent book.