As a long-time faculty member at the Pilchuck Glass School, Moore was instrumental in connecting the American studio glass movement to the masters of European glasswork from Italy, Germany, and Sweden. He also operated his own production studio, Benjamin Moore, Inc. (BMI), through which he produced lighting, wall compositions, and other commissioned works in collaboration with metal worker Louis Mueller. The BMI studio provided fabrication services to artists such as Dale Chihuly, Marvin Lipofsky, and Dan Dailey, and the next generation of highly regarded glass artists such as Dante Marioni and Preston Singletary found early employment there. 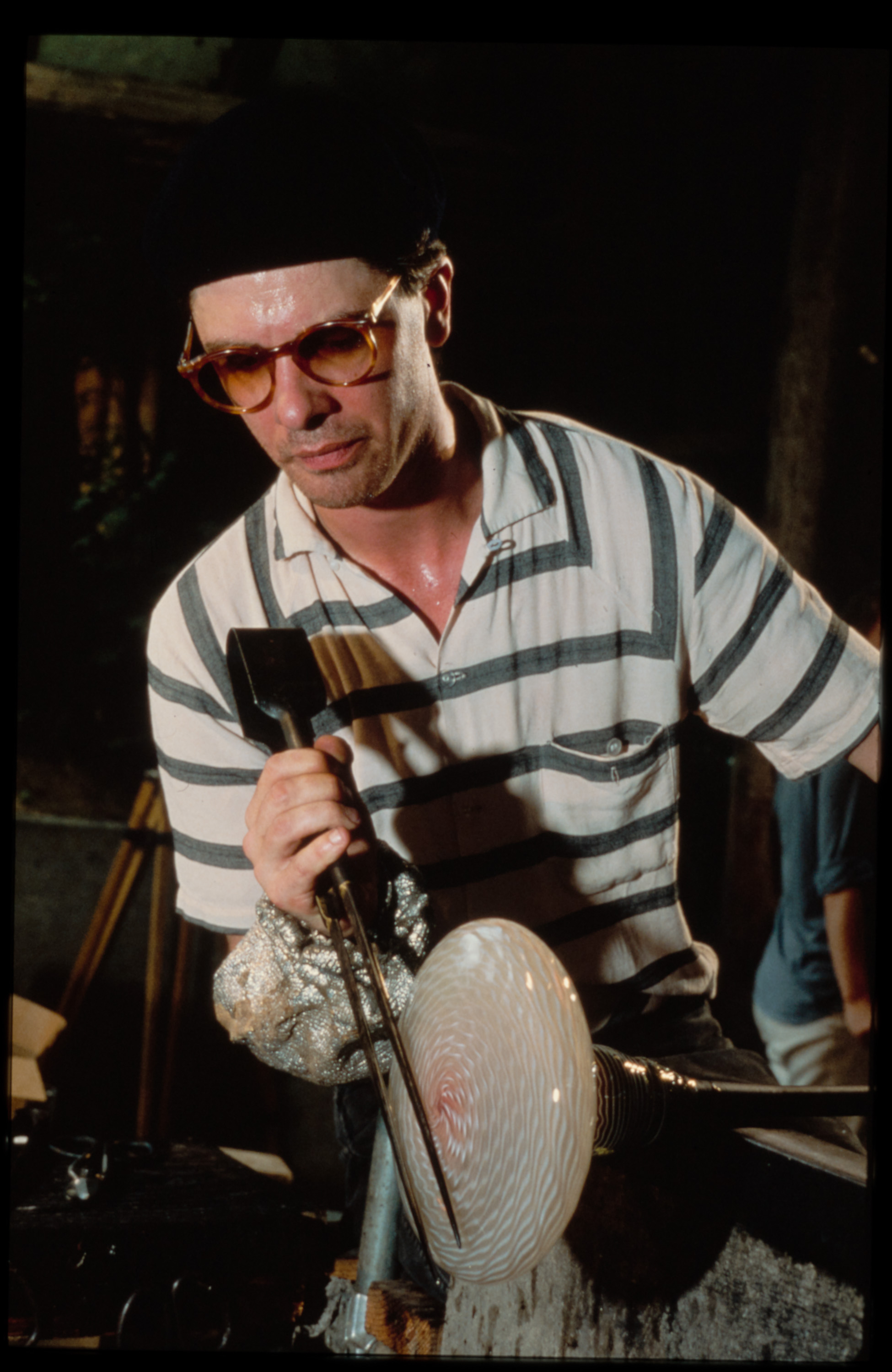 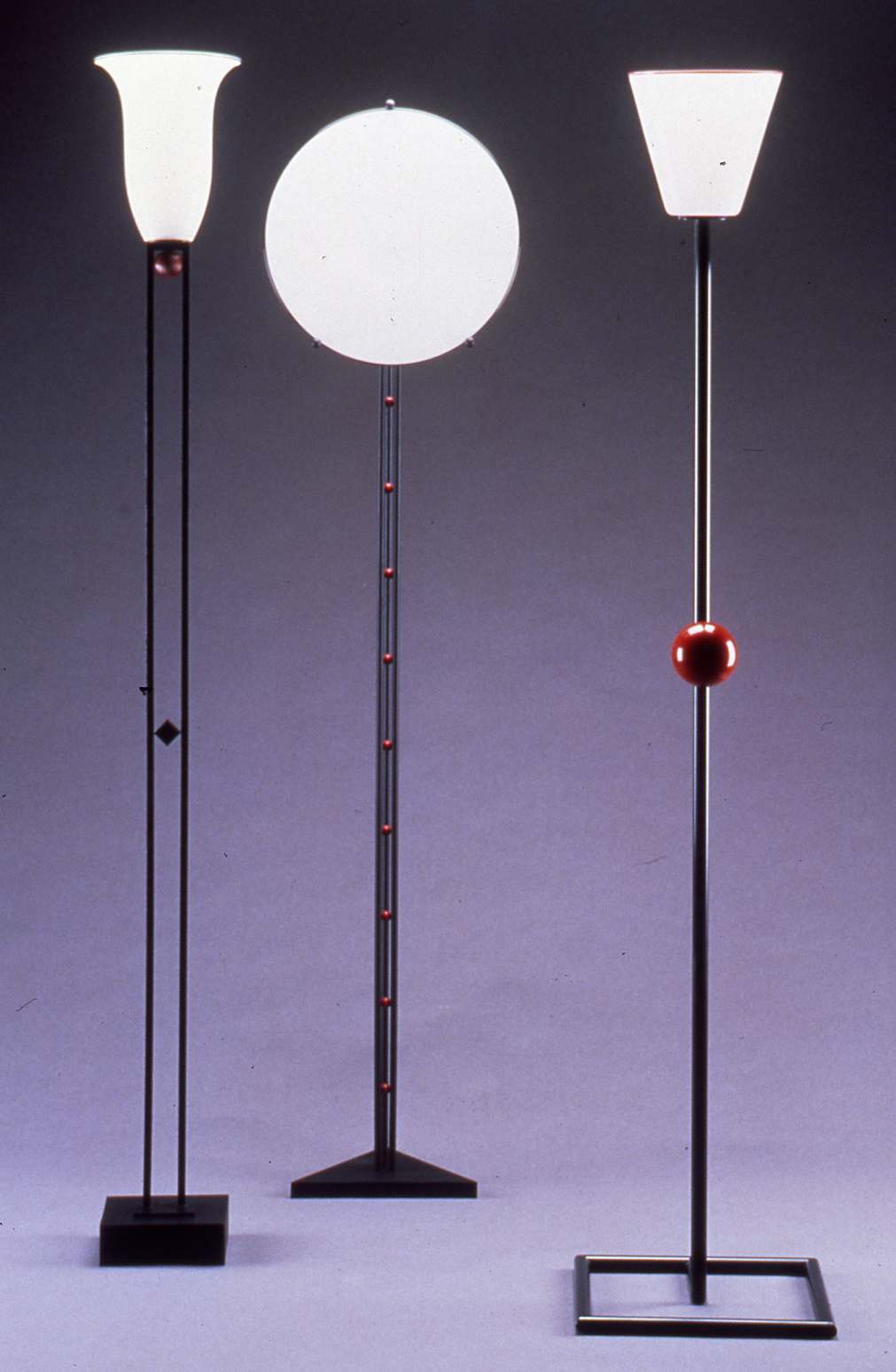 Moore was highly regarded for his exceptional skill as a glassblower. His work reflected balance and simplicity, often employing color to enhance the geometric shape, with little surface decoration that “would take away from the purity of the object’s form.”

Benjamin Moore was born on February 2, 1952, in Olympia, Washington. He studied ceramics at the California College of Arts and Craft (now CCA), earning his BFA in 1974. Following his graduation, Moore headed to the newly formed Pilchuck Glass School where he met his early mentor Dale Chihuly, who was also the head of the glass department at the Rhode Island School of Design (RISD). Moore enrolled at RISD and completed his MFA in glass in 1977. From there, he travelled to Murano, Italy, where he spent two years as a visiting artist at the Venini factory, followed by a term at J&L Lobmeyr in Vienna, Austria. Throughout this time, from 1974 until 1987, Moore served as the educational coordinator at Pilchuck Glass School, drawing on his European network of artists to teach. Moore opened the BMI studio in 1985, which he was still operating at the time of his death. He had also been a member of the Board of Trustees of Pilchuck for the past thirty years. 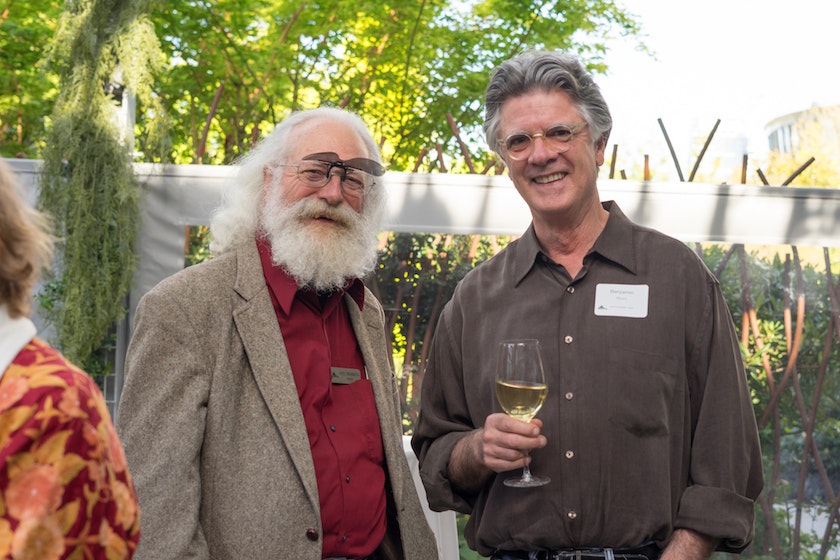 Moore’s work has been included in numerous solo and group exhibitions in the US and abroad. At the Museum of Contemporary Crafts/American Craft Museum, his pieces were a part of Young Americans: Clay/Glass in 1978, Craft Today: Poetry of the Physical in 1987, and Craft Today: USA, which travelled to fourteen museums in Europe between 1989 and 1992. He was the recipient of a National Endowment for the Arts Fellowship and the Libensky Award from Pilchuck Glass School, and he was elected an ACC Fellow in 2009. His work can be found in the collections of the Corning Museum of Glass in Corning, NY; the Glasmuseum in Ebeltoft, Denmark; the National Museum in Stockholm; the Museum of Arts and Design in New York City; the National Museum of American Art, Smithsonian Institution; and the Venini collection in Murano, among others.

Experience more of Benjamin's work in our digital collection

Celebrating the life of a pioneer in the field of American studio glass...

We check in the with studio glass artist.