On view through September 19, this comprehensive exhibition reveals the artists behind a boundary-pushing institution.

part school, part art colony, part atelier. All are intertwined at the Michigan institution, which has since its start in 1932 embraced fluidity: “The underlying purpose and nature of the Academy,” its founders expressed, “should remain fixed and interchangeable, its method of operation and growth should be free and untrammeled, and its inner organization flexible.” Today, sharing a 319-acre campus, 20 miles from Detroit, with prep schools, gardens, and a museum, the Academy remains in its own class. Its experimental structure has become more institutionalized over time (and its tuition more costly), but it endures as a utopian project in creative expression with no curriculum, coursework, or grades.

This freewheeling ethos—a sort of anti-pedagogy—has tremendously impacted architecture, design, and craft in particular, with Cranbrook’s strong reputation in metals, fiber, and ceramics. At the Cranbrook Art Museum, the exhibition With Eyes Opened: Cranbrook Academy of Art Since 1932 follows the tendrils of its community’s influence through works by more than 220 alumni and faculty. Organized thematically, it illuminates craft’s prodigious role throughout the Academy in cultivating a deep connection to materiality, a joy in labor, and an emphasis on the individual maker. 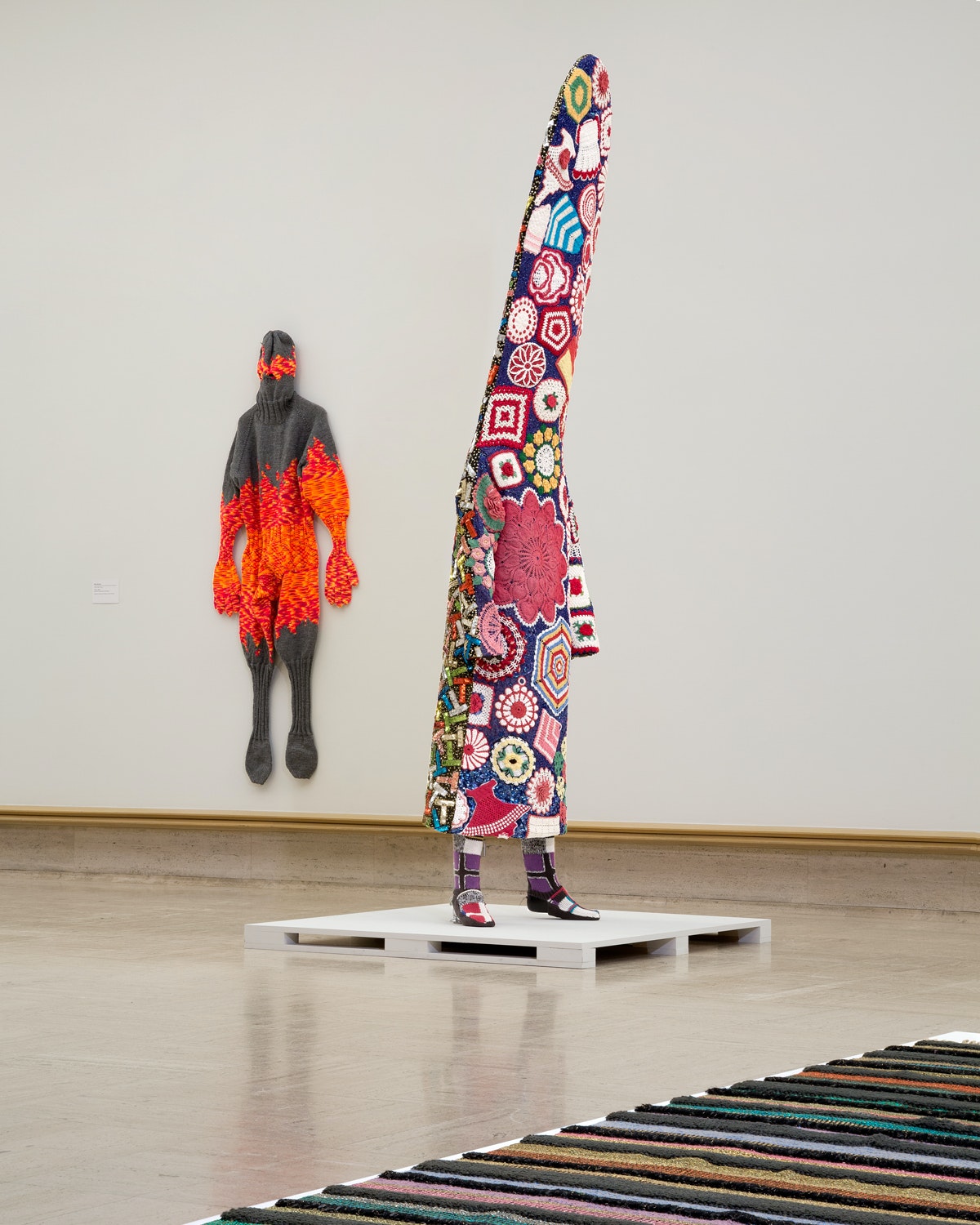 “Craft is so integral to Cranbrook in the way that it originally was at the Bauhaus,” said museum director and Cranbrook alumnus Andrew Blauvelt. “But there it becomes more about industry and is machine-driven, whereas here, they were always very much invested in the hand.”

That is evident in contemporary works by artists such as Nick Cave, Tiff Massey, and Kate Clark, who synthesized ideas they are now widely known for during their enrollment. Their pieces congregate in one gallery: a sequined and crocheted “Soundsuit” by Cave towers near Massey’s outsized earrings meticulously forged in steel; three of Clark’s horned creatures gaze close, their hyperreal forms resulting from a skillful meld of hide, clay, and foam. 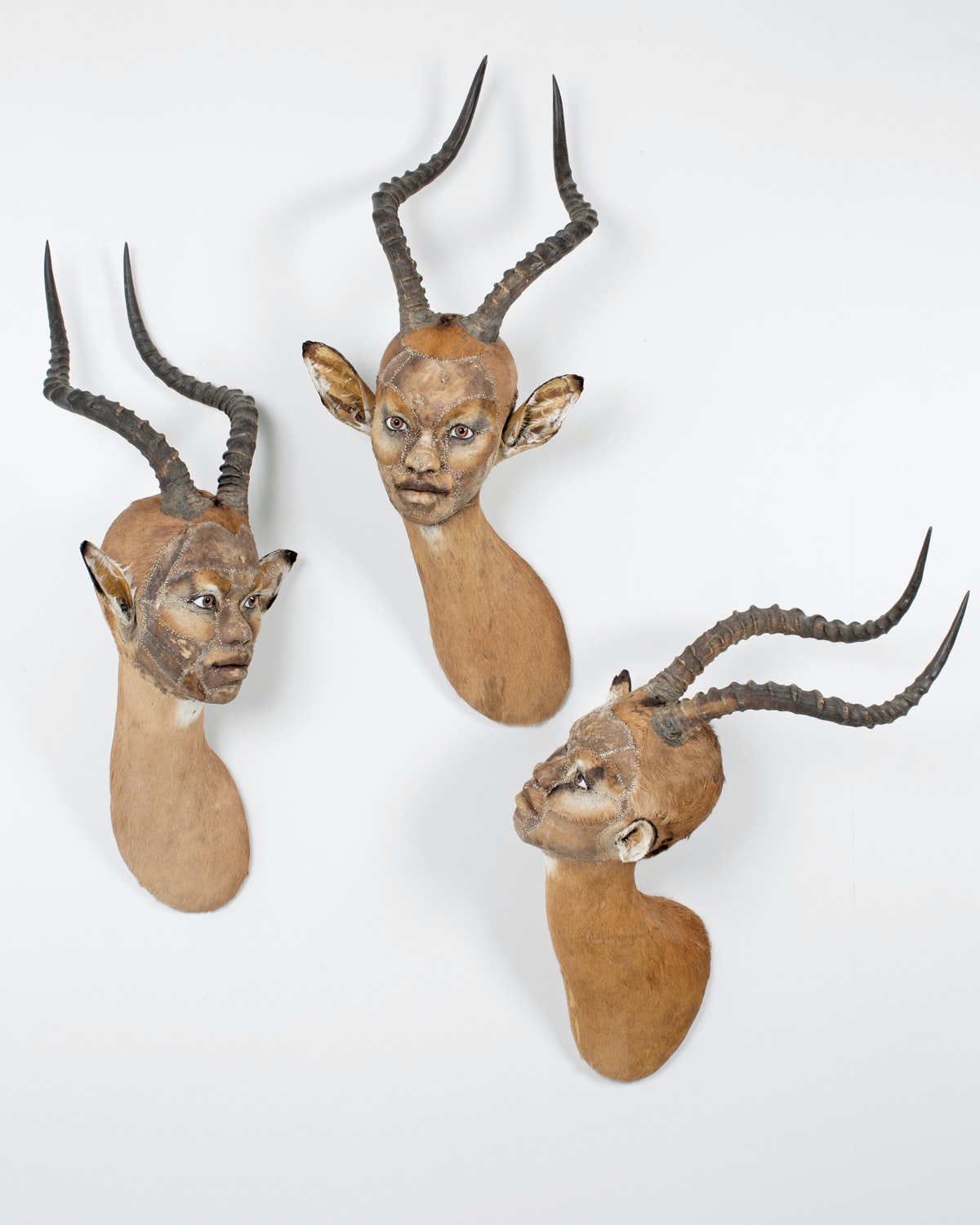 One of the smallest art schools in the United States, the Academy was founded by George G. Booth and his wife Ellen Scripps. Booth, from a family of metalworkers, was dedicated to elevating handcraft, to place “fine arts” and “crafts” on equal footing. He cofounded the Detroit Society of Arts and Craft in 1906 and, in 1927, established craft studios at Cranbrook’s nascent campus, designed and built by architect Eliel Saarinen, so craftspeople could contribute to the infrastructure.

In 1932, these were replaced by the tuition-based Academy of Art. Saarinen, its first president, attracted architects and sent them to ceramics and weaving classes to develop their knowledge of materials. The school is now widely known for nurturing midcentury modernism talents like the Eameses and Florence Knoll Bassett. 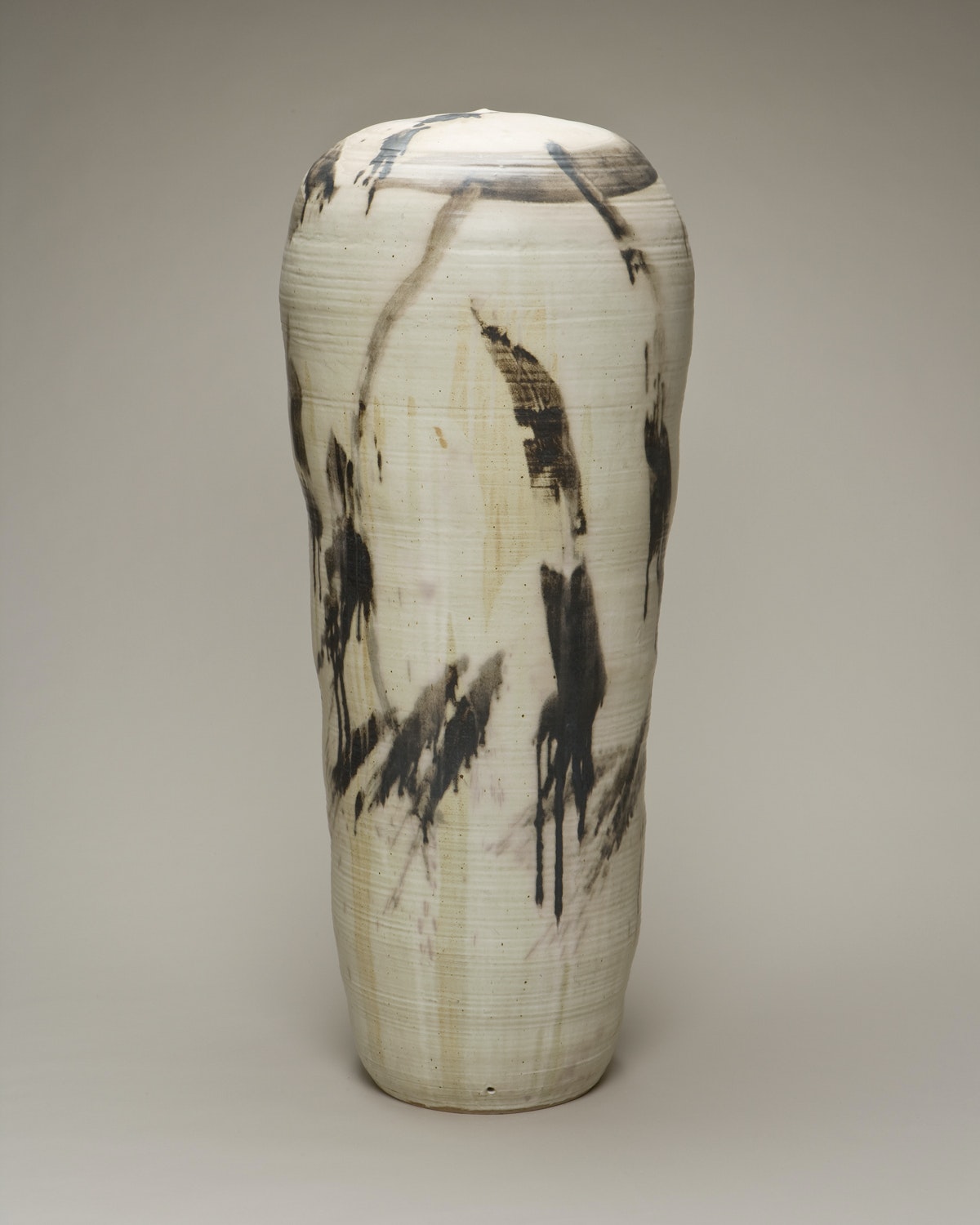 But this chapter, notably, takes a backseat in With Eyes Opened, which reflects extensive research into lesser-known names, specifically women, LGBTQ artists, and artists of color. “There weren’t that many people of color when I was at the school, and I knew historically that that was true,” Blauvelt, who is Japanese American, noted. The museum pieced together more comprehensive pictures of certain artists’ lives, enshrining its findings in the exhibition’s 600-plus-page catalogue.

Among the standout works are an elegant stoneware bowl by Carroll Harris Simms, who co-developed the art department at Texas Southern University (an HBCU); Marie Woo’s porcelain dish with tears and stitchlike marks; and one of Toshiko Takaezu’s serene glazed vessels. All were mentees of Finnish-born “Mother of American Ceramics” Maija Grotell, whose 1938 appointment as head of ceramics pushed the craft beyond thrown pottery. An innovator of clay forms and glaze formulas, she encouraged self-discovery in countless artists until her retirement in 1966.

Maija Grotell (Artist-in-Residence, Department of Ceramics, 1938–1966, standing) with her students, including Harry Weese (Architecture, 1939) in the foreground, March 1939. Photo by Richard G. Askew, courtesy of Cranbrook Archives, Center for Collections and Research (4855).

Grotell ushered in a revolutionary era of crafts at Cranbrook alongside fellow Finn Marianne Strengell, who led the weaving department between 1942 and 1961. Strengell similarly urged artists to follow their own vision and experiment with weave structure, texture, and color. Her works—including an Alcoa-commissioned 12-foot-long rug with aluminum threads—are shown in dialogue with mentees who are gradually gaining mainstream attention: Colombian artist Olga de Amaral, who encountered her first loom at Cranbrook; Japanese American artist Alice Kagawa Parrott, who later opened one of Santa Fe’s first shops for woven objects; and Nelly Homi Sethna, who returned to her native India to establish a textile design program at Ahmedabad’s National Institute of Design. 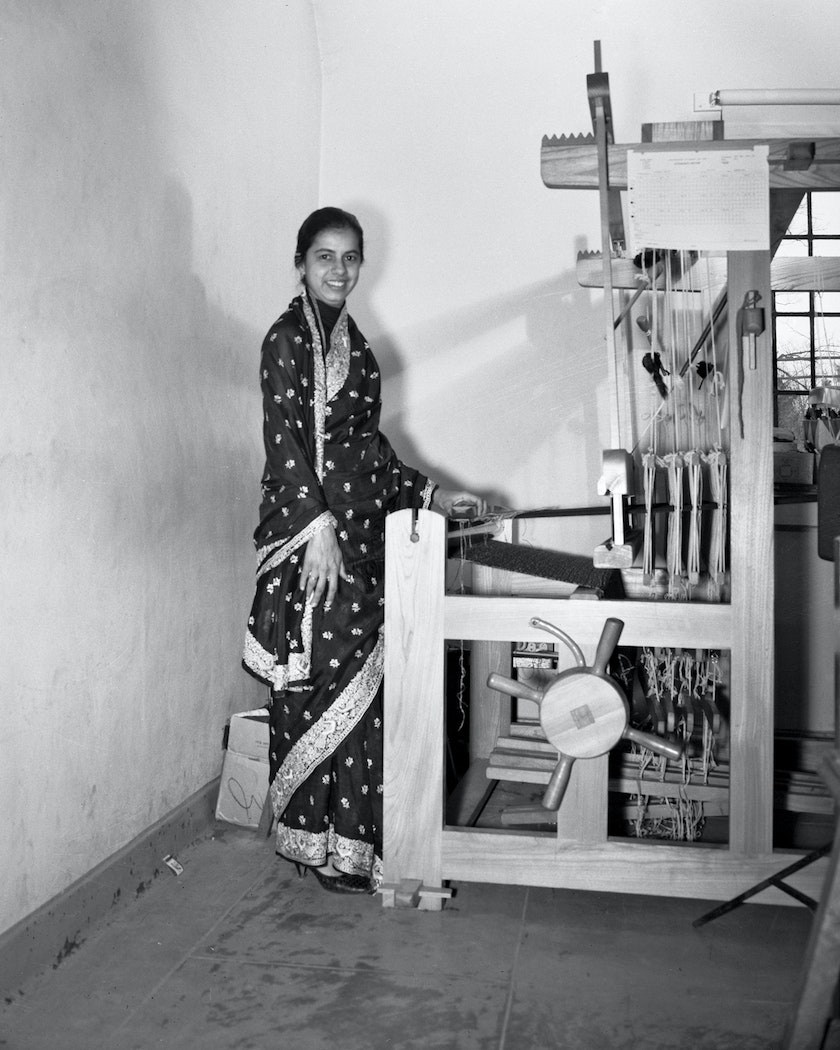 As Blauvelt writes in the catalogue, Grotell and Strengell “ensured the legacy of ceramics and fiber at the Academy,” pushing craft firmly into the realm of art. This is evident in alumni pieces as varied as delicate jewelry by metalsmith Mary Lee Hu, who draws on textile-making techniques to weave together undulating gold and silver bands, and Jay Sae Jung Oh’s chairs made of discarded objects painstakingly wrapped with jute. Oh said her fascination with handiwork “naturally came out” due to the Academy’s anything-goes model, adding: “I was lucky I could develop my passion for craft further, which is unusual in design school.” 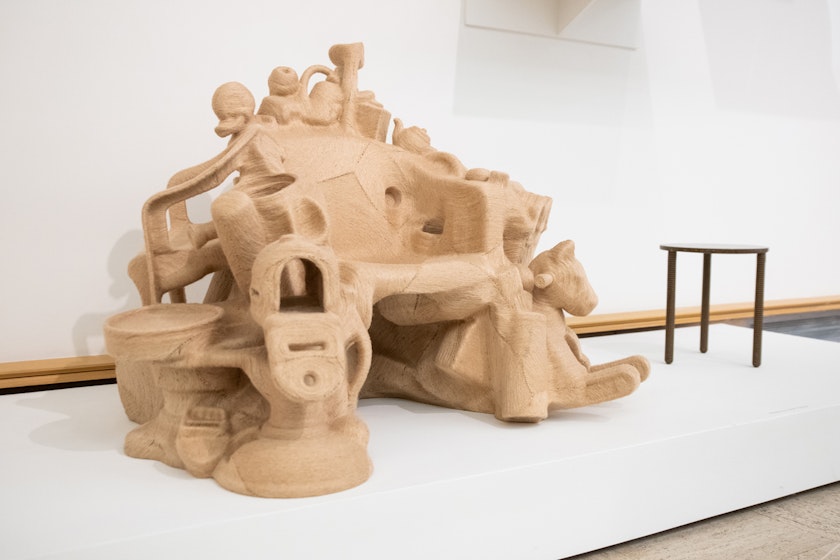 The Academy turns 90 next year, making more timely this research into the reach of its radical pedagogy. More overlooked stories are sure to emerge. “We’re still discovering people,” Blauvelt said. “Doing the show, there’s a lot of unanswered questions. I feel like we just scratched the surface.”