The marbles that players use in Rolley Hole, a hyper-local Southern game, are works of art and ingenuity. 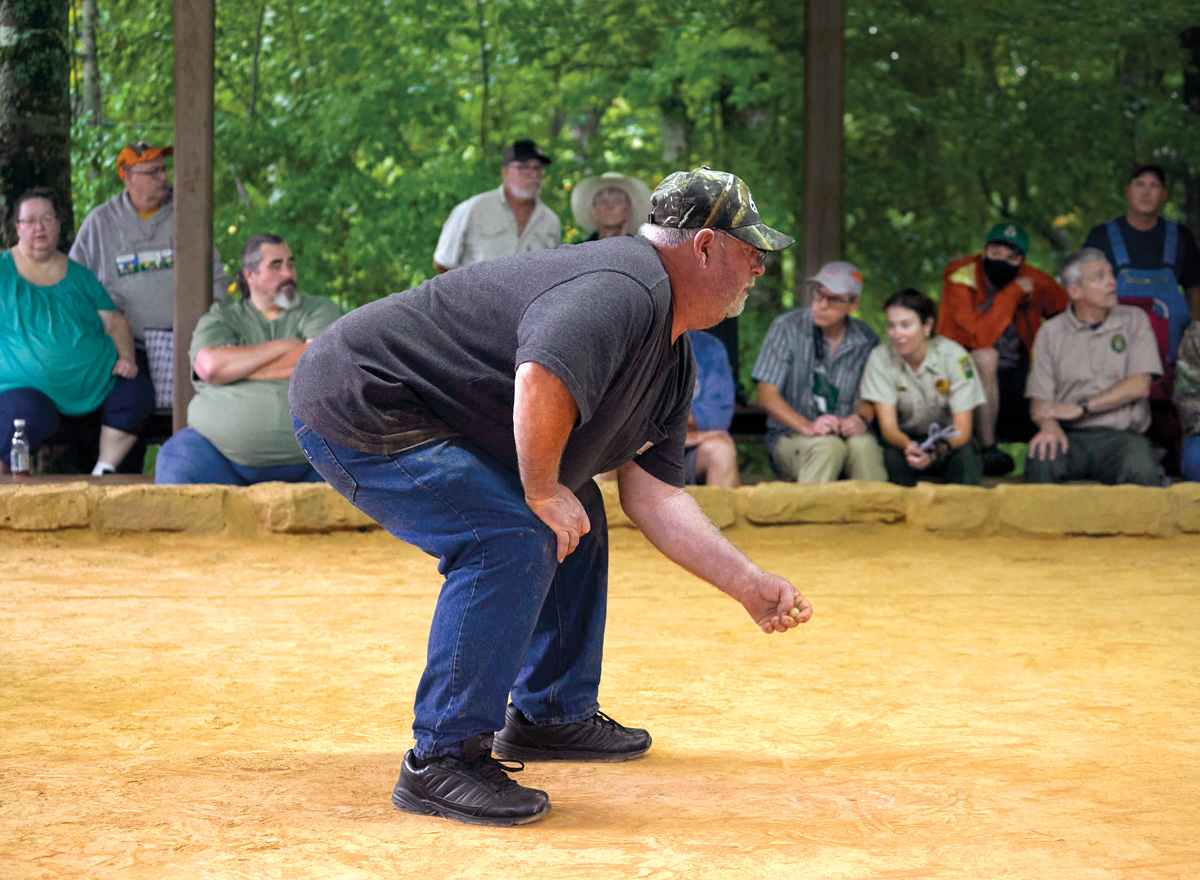 kicks off in September, attendees will get a chance not only to savor the skill of seasoned marble shooters, but to admire the marbles themselves, little stone orbs made by local craft artists with ingenuity and a passion for perfection.

Elite players will gather at Tennessee’s Standing Stone State Park to compete in a number of traditional marble games, including Tennessee Square, Ringer, and British marbles, but the main event is the Rolley Hole tournament. In Rolley Hole, two partners play against another pair, and each person tries to roll their marble into three consecutive holes positioned on a dirt yard, while preventing their opponents from doing the same. The teams revisit the holes in a specific pattern, and the first team to finish a circuit of 12 holes wins.

In this region, a few counties on either side of the Kentucky–Tennessee border that lie just north of halfway between Nashville and Knoxville, Rolley Hole is an ancestral game of uncertain origin. Despite the tongue-in-cheek “national” in the tournament title, the players are mostly locals, and all are male, the majority of retirement age or older. Last year’s tournament featured several younger players, though, an encouraging sign for those concerned for the game’s future. Friends and family of the competitors were well represented in the tournament crowd, with all ages present—there are kids’ marble tournaments too. 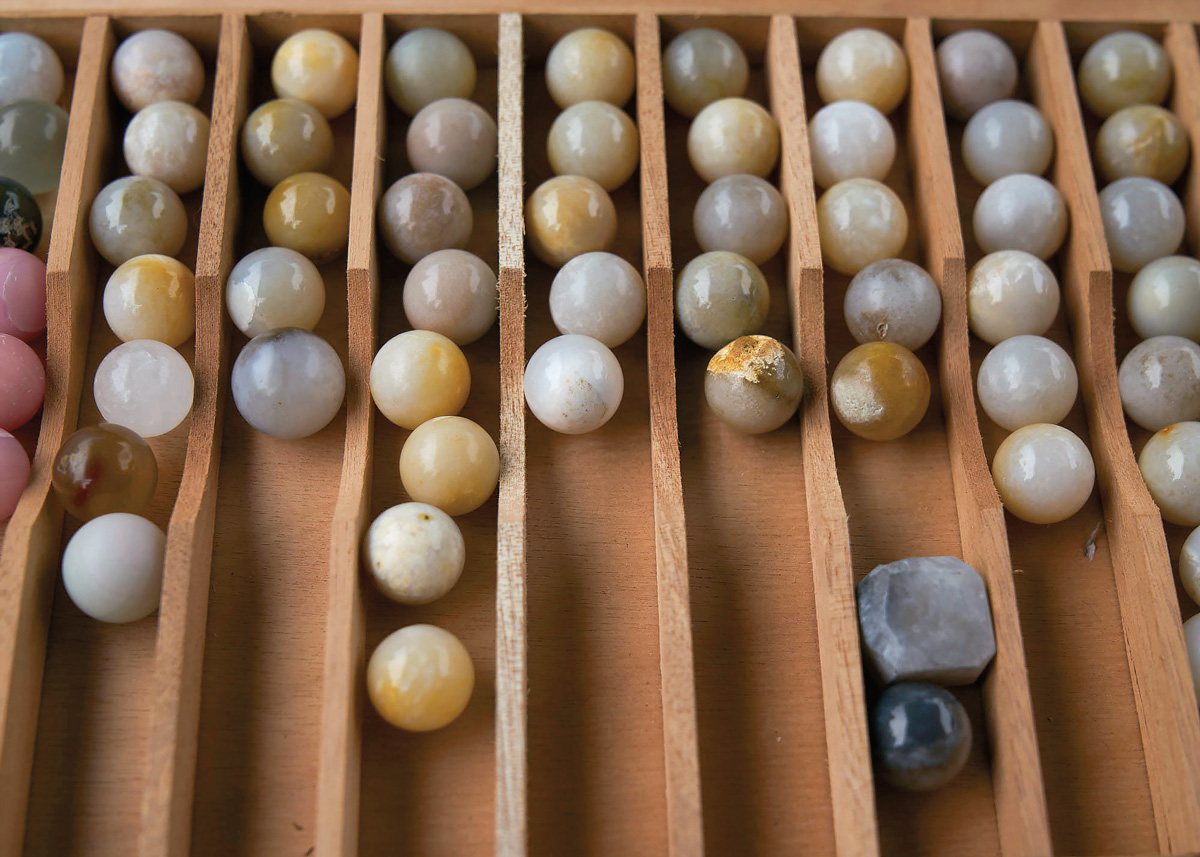 Rolley Hole marbles, like these on display at the championship, are carved from hard stones such as flint or agate. Photo by Stacy Kranitz.

Rolley Hole requires artisanal marbles because of the demands of the game. Players shoot their marbles so powerfully that retail glass marbles will chip and crack when hit. Players need marbles made from local white or yellow flint, called chert, or from other suitable stone, such as agate. “Flint is just the right hardness,” says master marble maker Paul Davis. “If it’s any softer, it just won’t hold up; it’ll bust. If it’s any harder, it’ll chip when you hit it, like a piece of glass. Flint is the exact hardness it needs to be to take the beating.”

While these materials can be purchased, the banks of local waterways are the traditional place to find them. Timmy Walden, another master maker, knows that some chert is solid, while some is layered and thus prone to break; he seeks out the solid variety. Inspired by knappers searching for rock to make arrowheads, Walden created a tool—a copper tube filled with lead in its end and attached to a bicycle handle as a grip—with which he can chip off a portion of the rock to see its internal structure. Using a hammer to do this could create fissures in the stone that would reduce the marble’s longevity.

Davis and Walden learned their art from other craftsmen. Walden’s uncle was a maker, so he grew up with the craft, but he didn’t decide to try marble making himself until he watched his in-laws, a dedicated Rolley Hole family, make them. Davis asked the neighbor who introduced him to the game where he could buy his own marbles. The neighbor laughed and told him he’d have to make his own—then volunteered to teach him how.

The methods of crafting a marble have changed over time. Before electricity, makers chipped away laboriously with files and hammers to get the chert down to size, then used a whirly jig, a tool made of wooden rods and string, to spin a marble against a grind wheel to round it. Some tried to harness water power by digging a divot in stone under a small waterfall so the water would turn the marble in its hole, grinding it smooth. This wasn’t always successful. Davis says it could take years to complete a marble this way, or rain could wash it away. 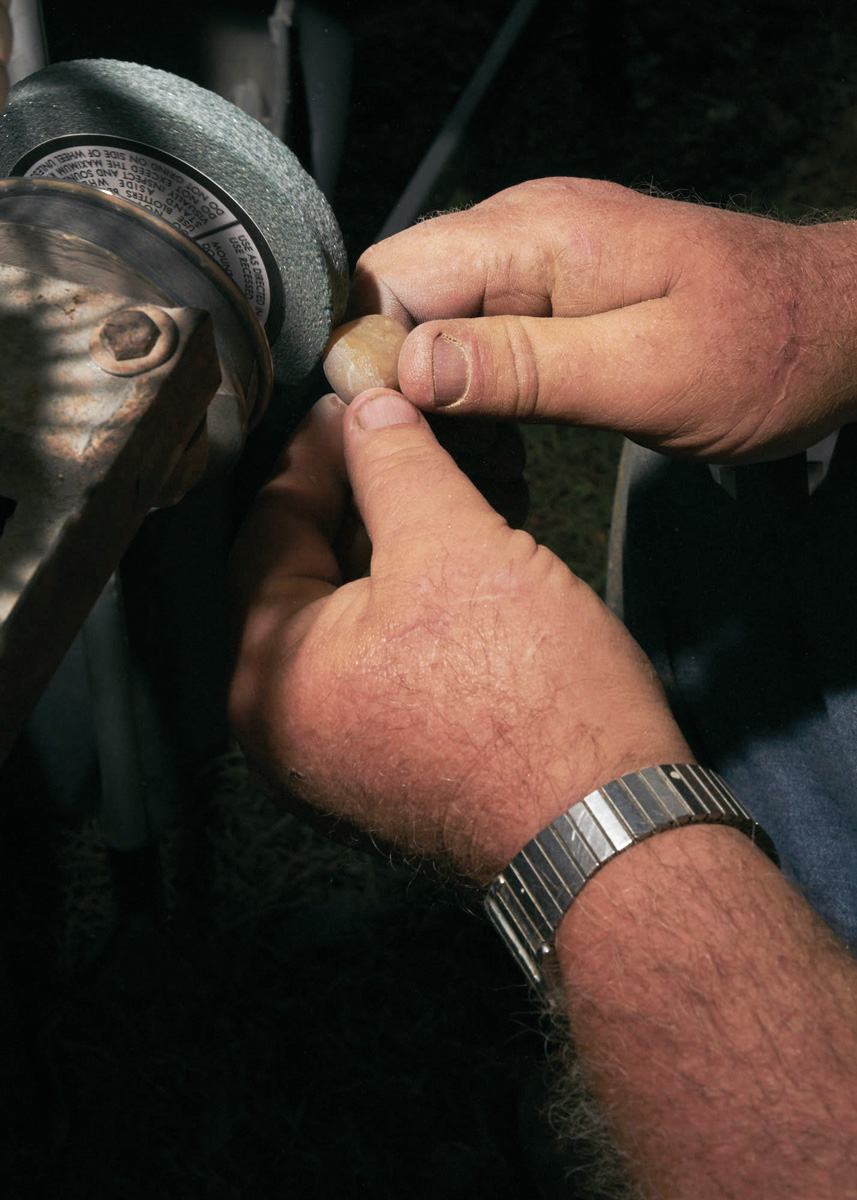 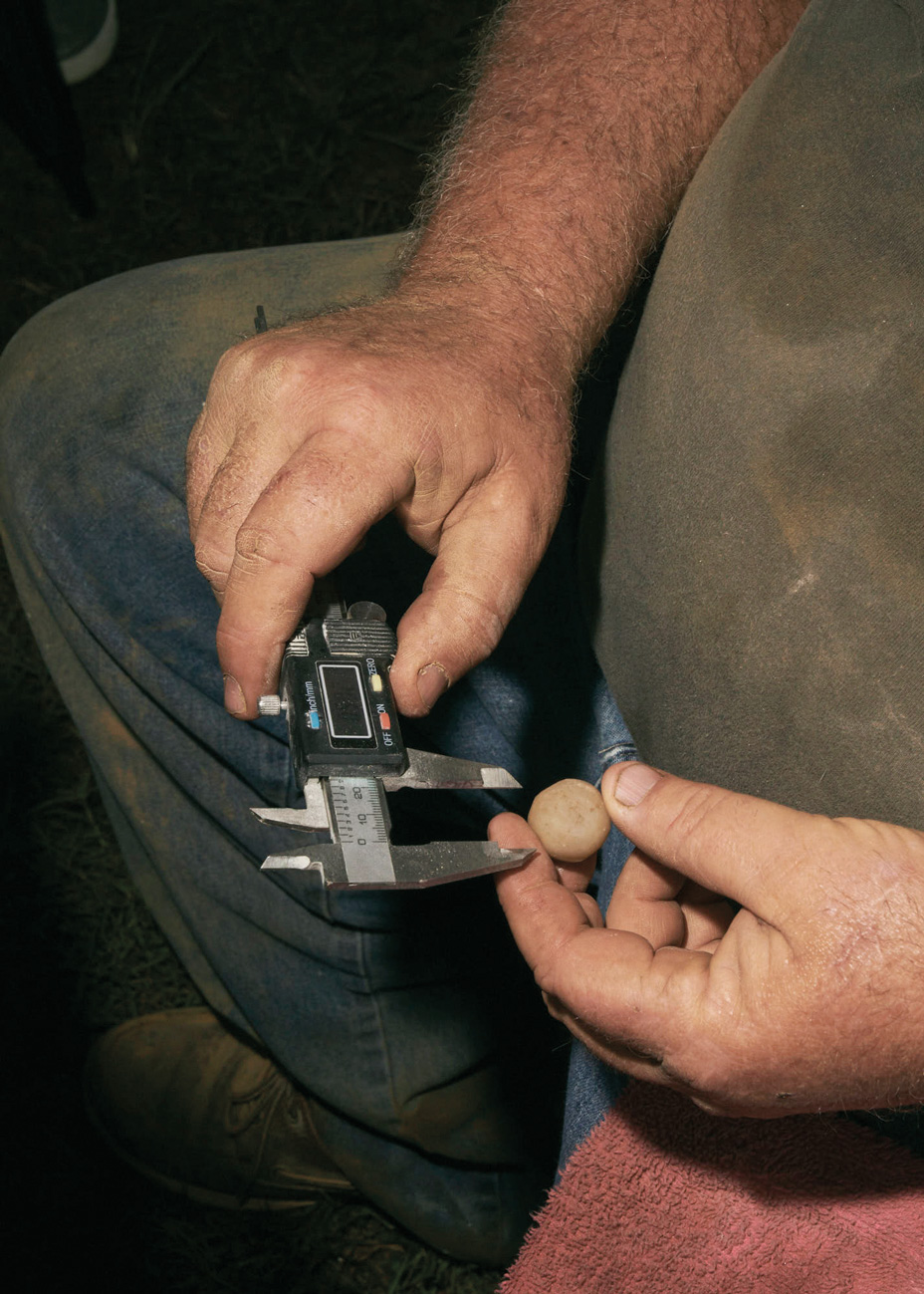 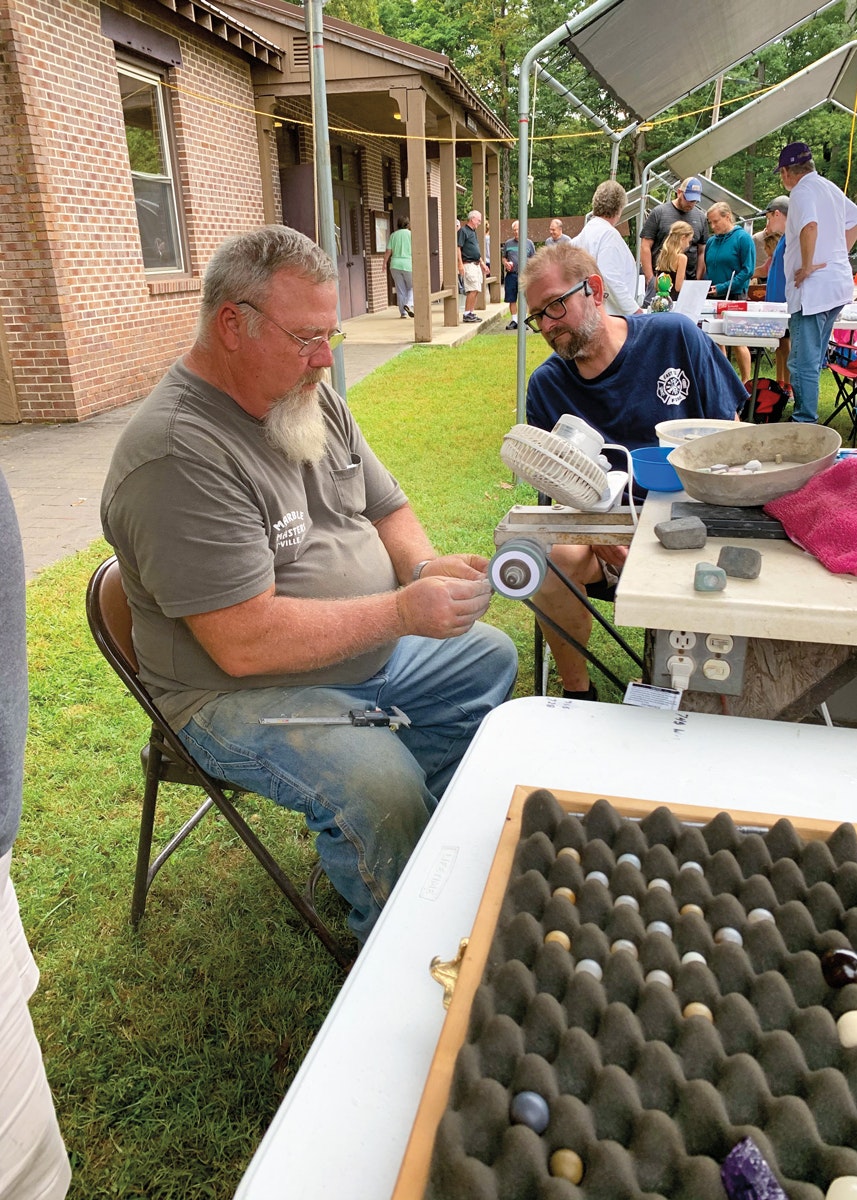 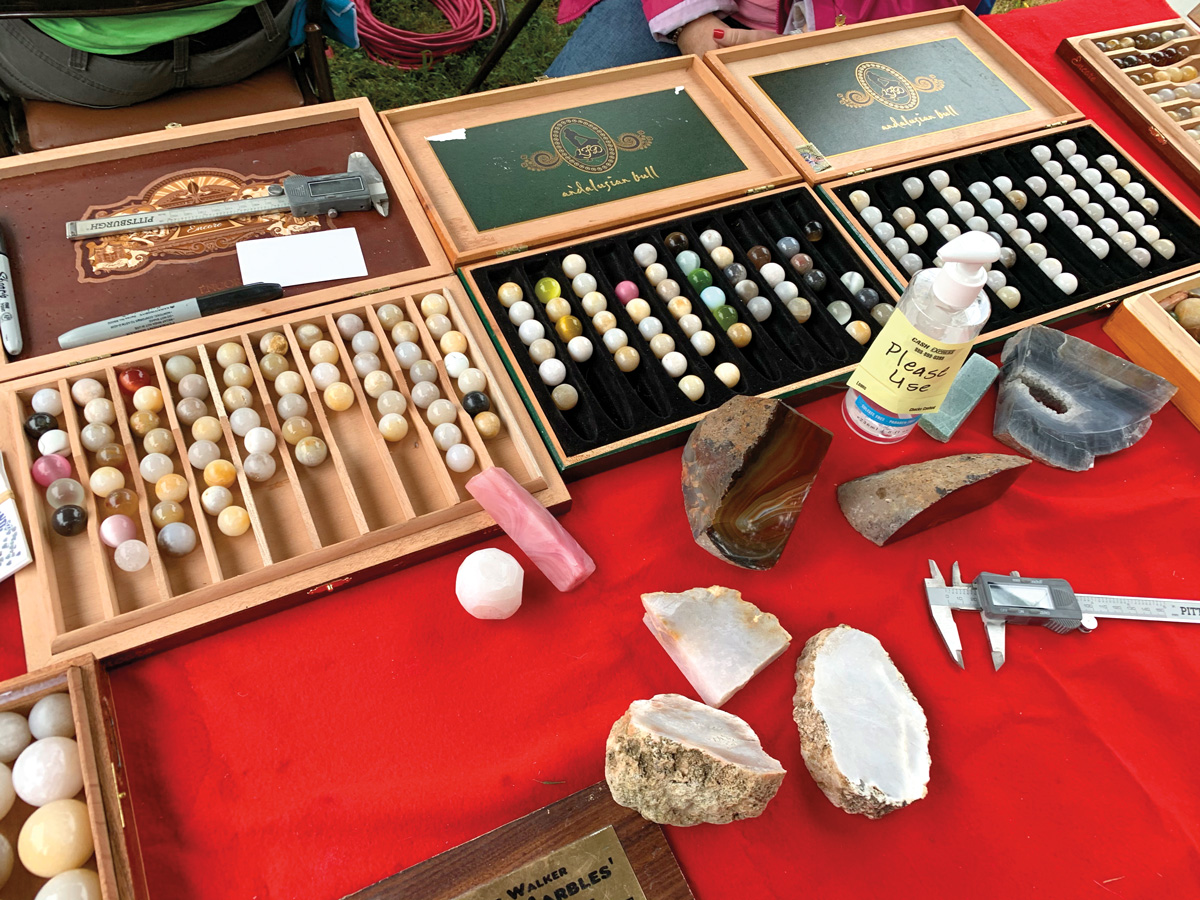 Today, makers have developed their own methods, using modern tools. Walden uses a wet tile saw, Davis a diamond or lapidary saw, to cut the rock into smaller cubes and then cut off the corners. Davis then holds the marble against a rotating diamond grinder wheel to carve away as much rock as possible. Next, he alternates between grinding the marble against a silicon carbide grind wheel and holding it in a “cup” against a spinning rubber wheel. These cups are actually chunks of Carborundum or bits of grind wheel with indentations in which the marble rests and rotates—so the abrasive cups do the grinding as the rubber wheel spins the marble. Davis stops grinding when the marble is within 0.002 inch of the size he wants for his finished product.

Using modern machinery has risks. The dry grinding subjects the artist to a lot of dust, and the marbles heat up from the friction and can blister the artist’s fingers if not cooled. The wheels can also injure the artist’s fingers. “That’s an art form in itself—just grinding that out and still having all your fingers at the end of the day,” Davis says.

Experimenting to improve the grinding process can also be dangerous. Walden’s uncle-in-law once discovered that a rotating rubber lawn mower wheel could efficiently spin a marble against an abrasive surface. So he tried to further improve the process by jacking up a pickup truck, starting the engine, and holding a marble in a brick up to a rotating tire. That experiment concluded with an airborne brick and a head injury. 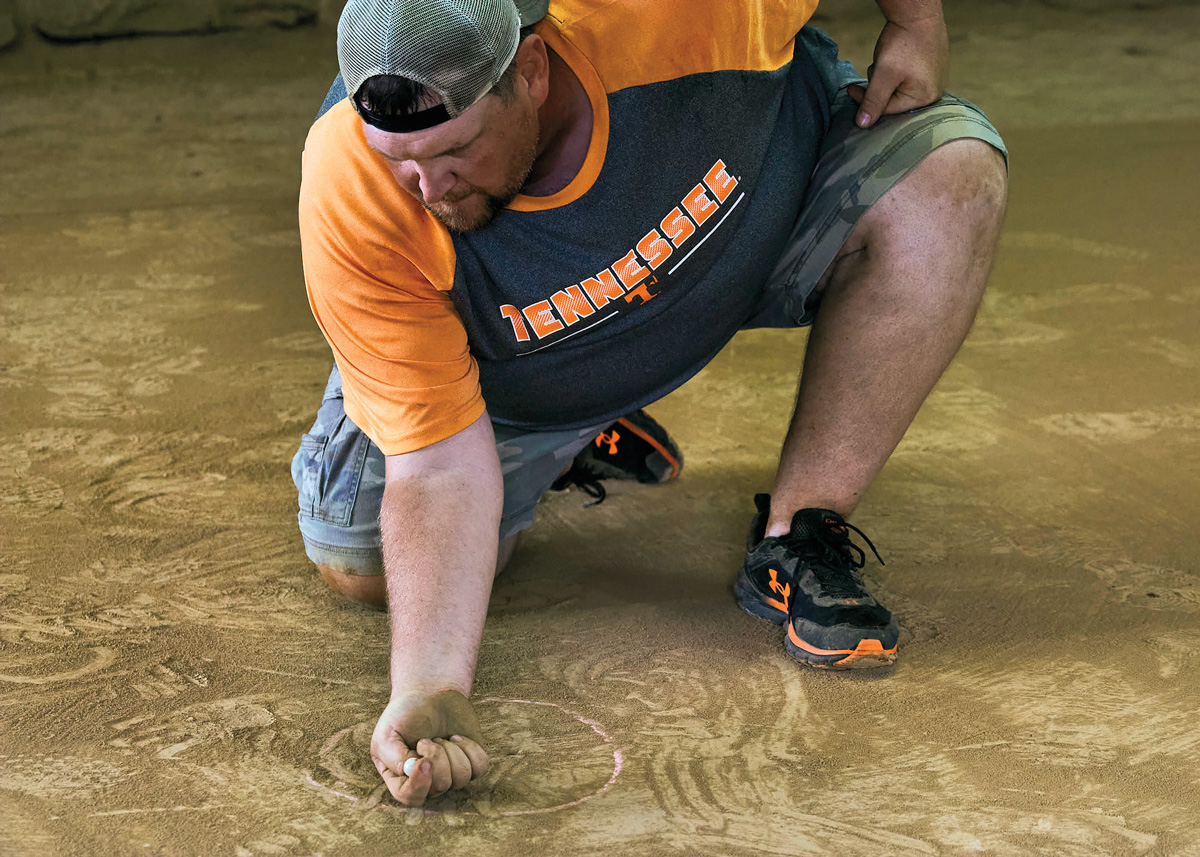 But modern marble making has advantages as well. It’s efficient and allows artists to accurately size their marbles, a point of pride for Walden and Davis. Although most Rolley Hole players use a marble that is three-quarters of an inch in diameter, some prefer them bigger or smaller and can tell when shooting whether the size is off. “They can tell if it’s too big or if it’s too little ’cause it’ll pull when they come out of the thumb; it’ll pull to the left or it’ll pull to the right most of the time.” Davis notes that “a lot of times the marble is based on how big [the player’s] hand is. Some players that’s got big hands, they actually want a smaller marble where they can get in position better. But someone with a slim hand can utilize a bigger marble.”

Players also have different preferences in a finished marble’s texture. Some want their marble slick, so it easily shoots out of their fingers, while others want a coarser texture for better grip and control. Walden and Davis finish their marbles with rock tumblers, machines that use polishing compounds and water to polish and smooth rocks. Davis makes what he calls polishing cups by filling PVC plumbing caps with polishing compounds and water and spinning the marbles inside them with a rubber wheel, as in the grinding process. Both men use polishing cloths too.

Regardless of the marble’s final texture, the appearance of all playing marbles changes with use: When one marble hits another in play, the collision creates little half-circle marks, called moons, on the surface. “Mooned” marbles can be used until bits begin to chip away; then they’re retired.

While the marbles and the methods of making them have changed over time, the goal of marble making remains the same: to serve the marble community. Walden says that when players win with a marble he’s made, “I treasure that more than I do anything—because it’s something that I helped them accomplish.” 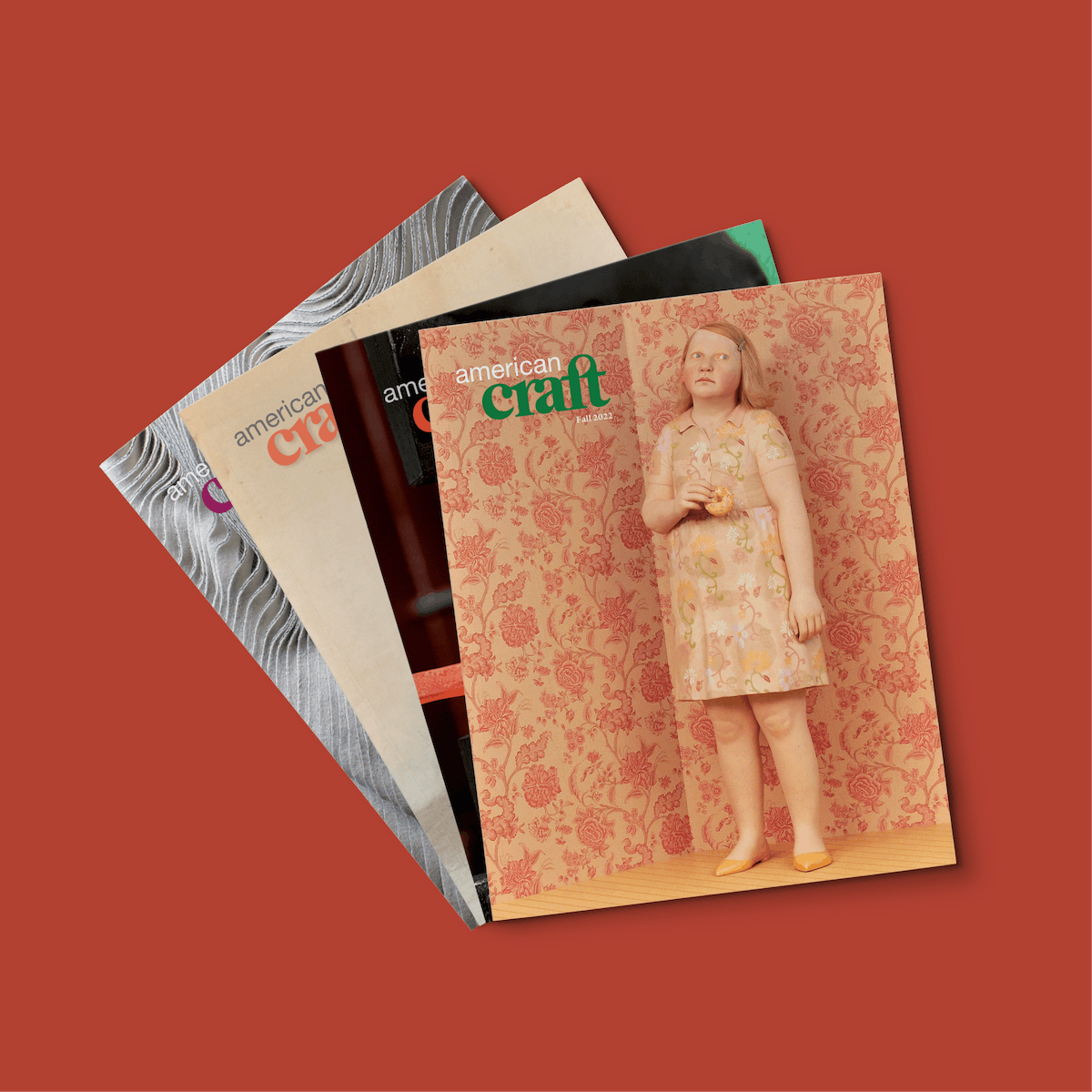