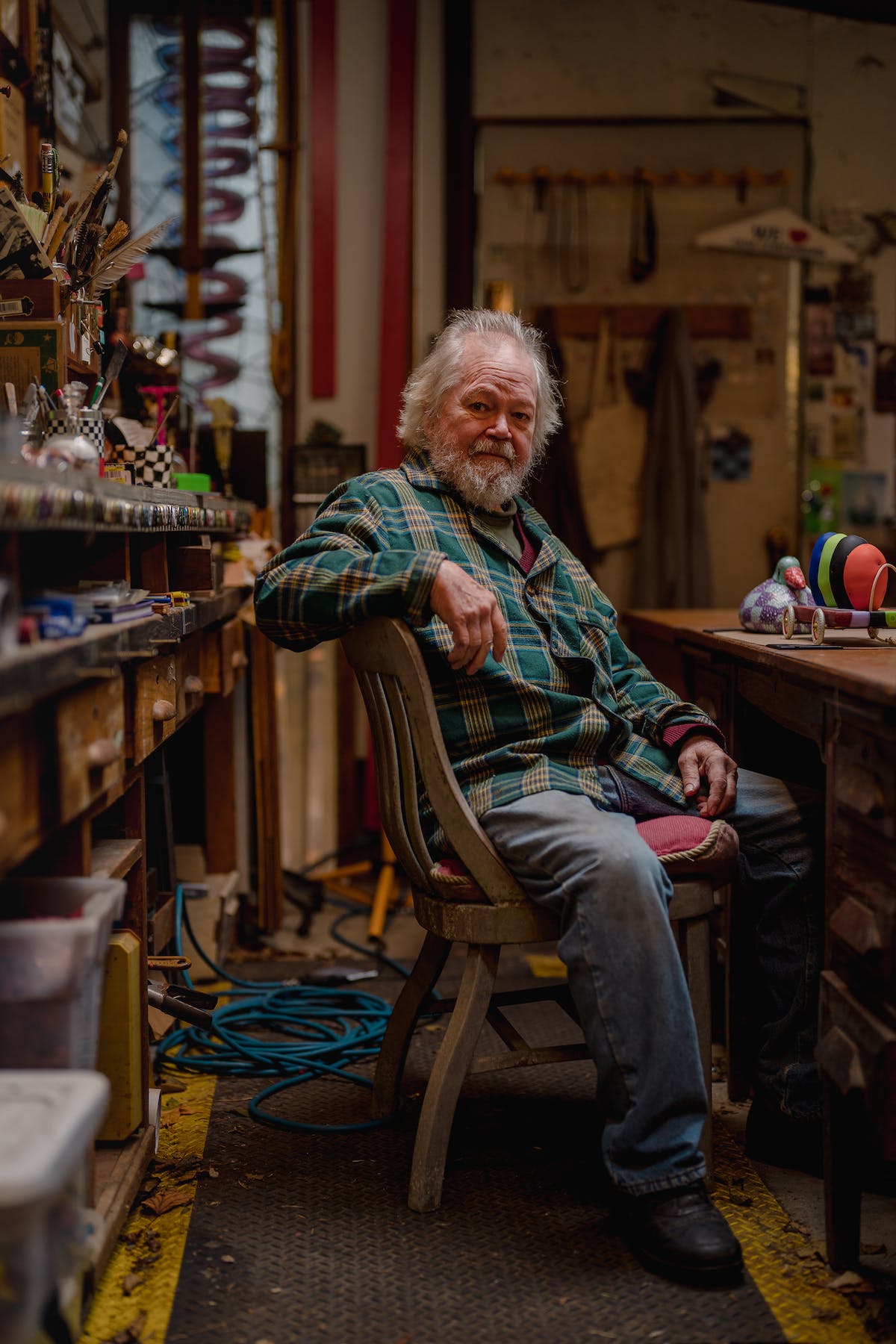 Langley, Washington
Inducted into the College of Fellows in 1995

Just as happenstance, irony, and the idiosyncratic initiated glass artist Richard Marquis’s career, so do those qualities inhabit his work to this day. As the story goes, Marquis, 77, was taking a break from working in the ceramics studio at UC–Berkeley and ventured upstairs to watch some glassblowing. When the glass blower broke a piece of glass, badly cut himself, and left, Marquis simply took a look at the equipment and began to play. He found himself “attracted to glass because it was so dangerous,” he recalls, “and it was just really difficult to do. Tricky.”

A 1969 Fulbright fellowship took Marquis to the Venini factory in Venice, Italy, where he learned millefiori and murrine glass techniques. Thin rods (millefiori) or thin chips (murrine) of multicolored glass are fused together as one rod, which is then embedded in blown glass and twisted to create linear, spiral, or geometric patterns. Marquis loved the techniques, which require a great deal of skill to execute cleanly and correctly, as well as the colors he could work with.

Marquis became the first 20th-century American glass artist to use these techniques. He freely shared them with students throughout the United States, Europe, Japan, Australia, and New Zealand. While finishing his BA and MA degrees in glass at Berkeley, Marquis was also inspired by the California funk art movement, which subverted traditional art theories, brought figuration back to the fore, and incorporated found objects. 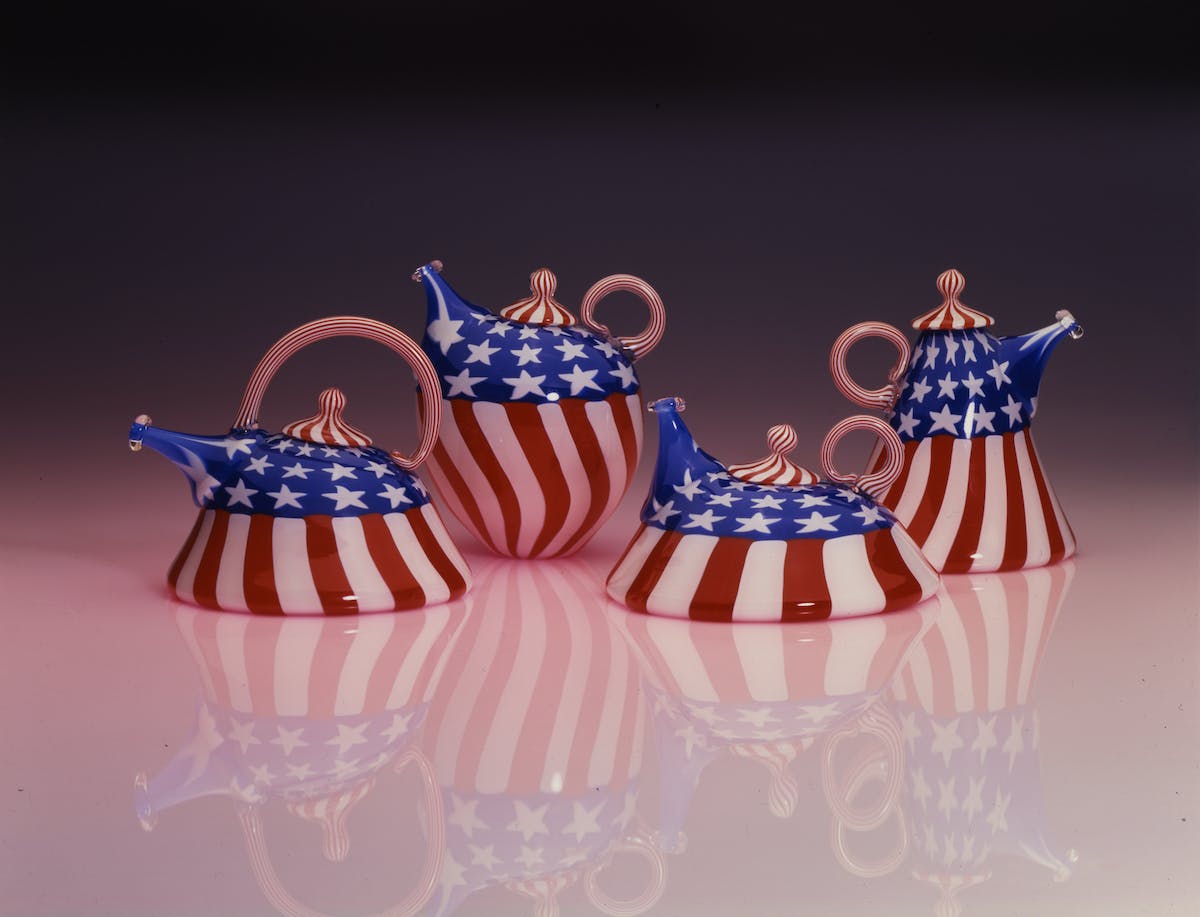 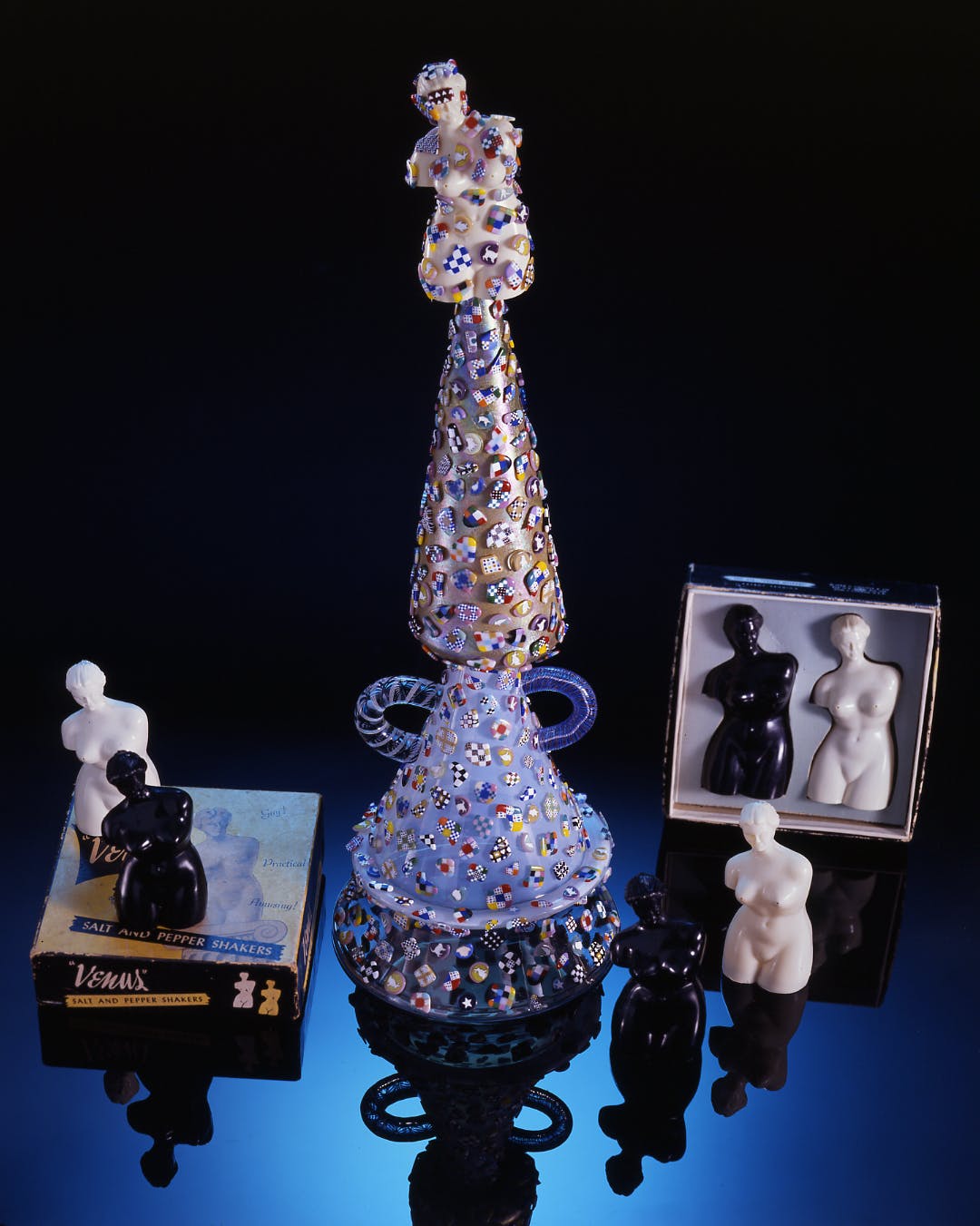 His numerous awards attest to his genius, including the Outstanding Achievement in Glass award by UrbanGlass in 2000, the Libensky Award by Pilchuck Glass School and Artist Series Meritage in 2004, the Lifetime Achievement Award from the Glass Art Society in 2005, the Lifetime Achievement Award by Art Alliance for Contemporary Glass in 2006, and the James Renwick Alliance Masters of the Medium award by the Smithsonian Institution in 2009. 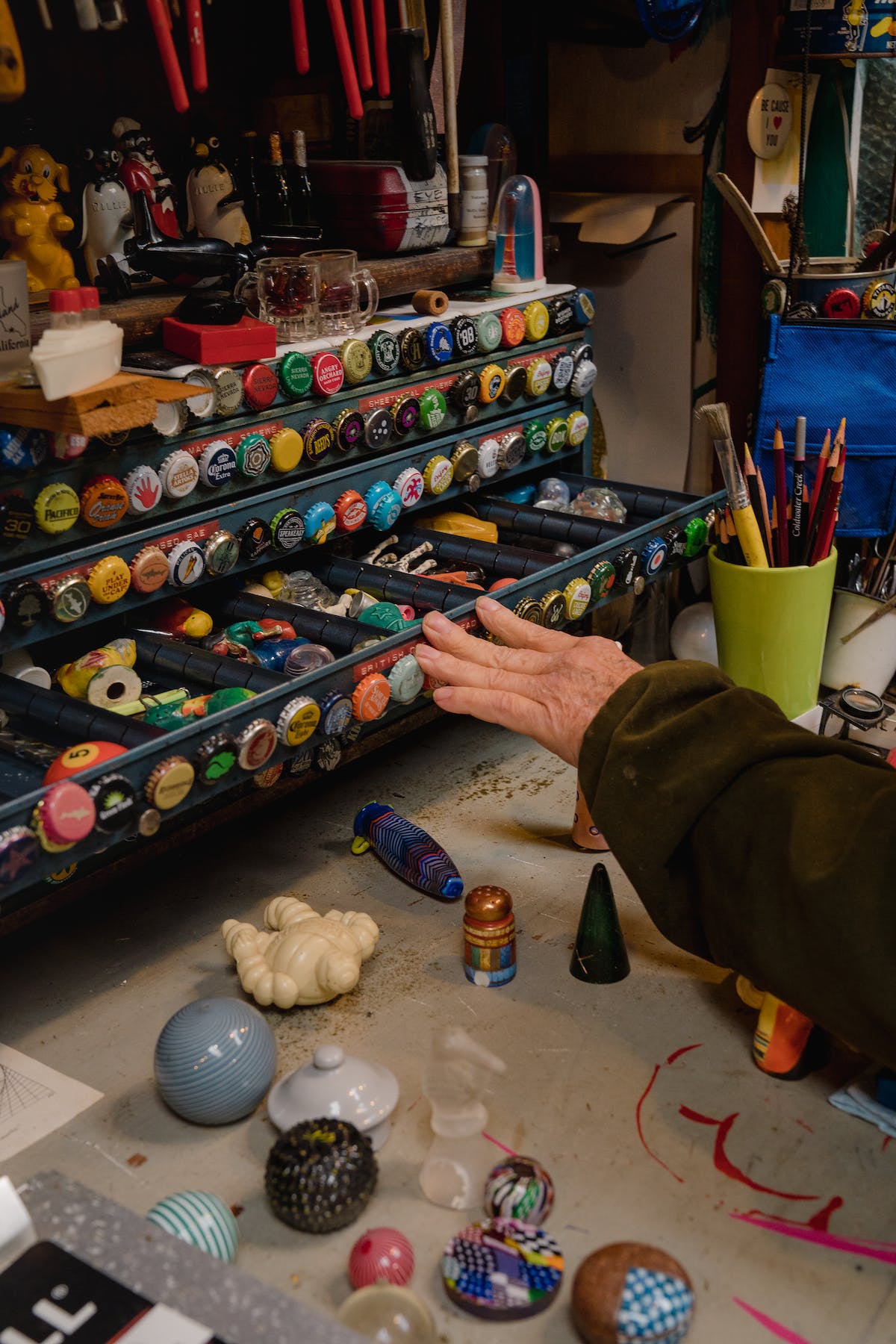 “While Dale Chihuly is the tide that raised all boats” in the world of contemporary art glass, according to former art critic Regina Hackett in the Seattle Post-Intelligencer, “Marquis is the craft intelligence that made the vessels seaworthy. He taught the second generation of American glass artists that skill extends freedom instead of limiting it.”

Emboldened by a boundless imagination, flawless technique, and an underlying seriousness and sophistication regarding form and color, Marquis’s experimental and innovative approach to artmaking has expanded the field of glass and offered new possibilities for personal forms of expression. His eclectic body of work—characterized by humor and irony, communicating a visual language infused with an irreverent countercultural perspective, and reflecting an openness to experimentation—inspires new generations of glass artists to reach such refined technical mastery, as well as aspire to the originality of their own artistic voice.