having brought it back to the US with me from one of my frequent trips to India as a young adult. It depicts the Buddha and the Dalit scholar B. R. Ambedkar, who became independent India’s first Minister of Law and Justice. The iconic and the everyday were constantly melded in similar types of craft objects in my childhood: embedded in our family altar, wall calendars of local South Asian businesses, fridge magnets, or car decorations—all of which seamlessly fuse the sacral and the quotidian.

This object is subversive because it challenges casteism, which is now being critiqued as a fundamental tenet of organized Hinduism and Hindu nationalism in India. The intertwined images of the Buddha and Dr. Ambedkar, a member of a so-called “untouchable” caste, prohibited from entering temples and sharing water with caste Hindus, comes from the anti-caste movement in India. Dr. Ambedkar advocated for a rejection of caste Hinduism in India and inspired millions of people from the untouchable castes to convert to Buddhism and Islam, both of which were seen as religious frameworks based in social equality.

The portrait also speaks to the shape-shifting nature of icons, and to print culture’s vital role in revolutionary movements, like the proliferation of printed religious icons in anti-colonial India, or Emory Douglas’ iconic posters made during Black Power movements of the 1960s and ’70s. Concurrent with the growing recognition of systemic racism in America, this object animates a conversation and reckoning around caste in India today—including how the country was built by Dalit labor and exploitation, and how those who are not caste Hindus, whether they are Dalit or indigenous Adivasi, continue to endure brutal discrimination, repression, and lack of basic resources in the 21st century.

Often when people imagine craft objects from South Asia, they conjure something ancient, handmade, and singular, which infers an aura of authenticity, an attitude that reflects colonial impulses behind object collection and acquisition. I’m hoping the inclusion of mass-produced objects in contemporary discourses of craft may contribute to reframing long-held conceptions of craft and authenticity.

Chitra Ganesh’s drawing-based practice engages with narrative representations of femininity, sexuality, and power typically absent from canons of literature and art. Her work has been exhibited widely in the United States and across Europe and South Asia, and her installation A city will share her secrets if you know how to ask is currently on view at the Leslie-Lohman Museum of Art through June 1, 2022. Portrait by Margarita Corporan. 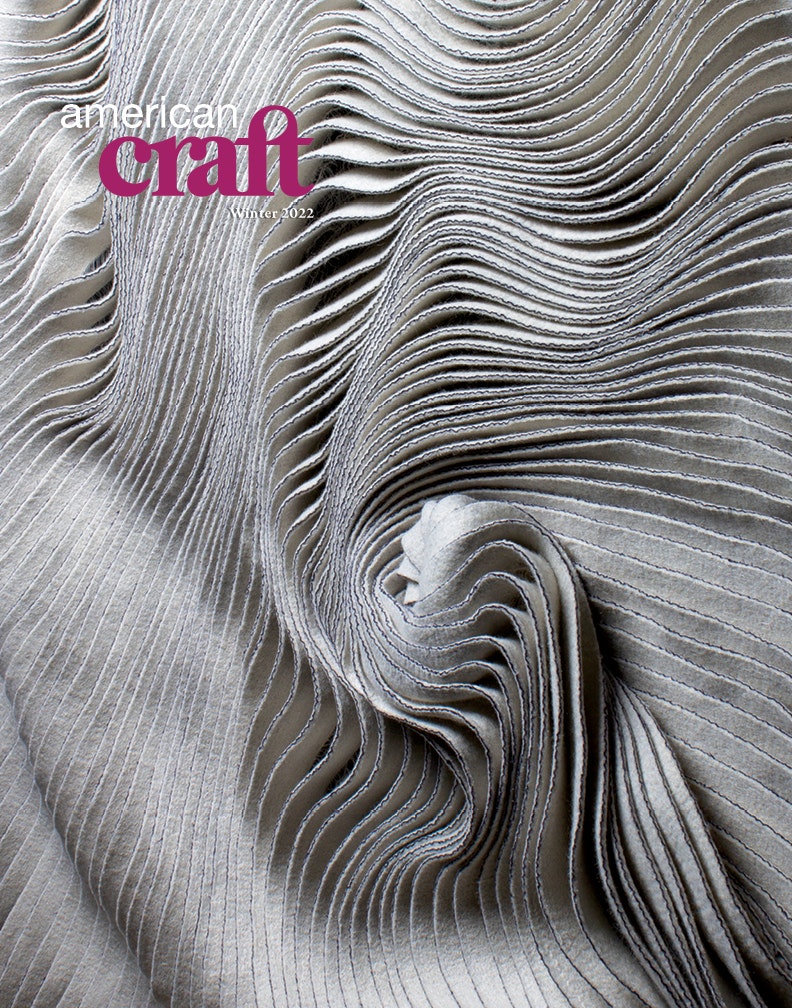