A tattoo artist shares the story of his mother’s handcarved statue and how it inspires him.
In this section
Our April 1 forum explores how craft can help us move from a crisis of care to a culture of care.
Register

↑ Every time Takahiro Kitamura gets ready to do a new tattoo project, he spends a few minutes with this Fudõ Myõ-õ statue carved by his mother.
Photo: Molly Kitamura

Takahiro “Ryudaibori” Kitamura has been a tattoo artist for more than 20 years, working and residing with his wife and two French bulldogs in San Jose, California. He is the owner of State of Grace Tattoo and an occasional writer, publisher, and museum curator. This object story by Takahiro appears in the Beauty issue of American Craft. 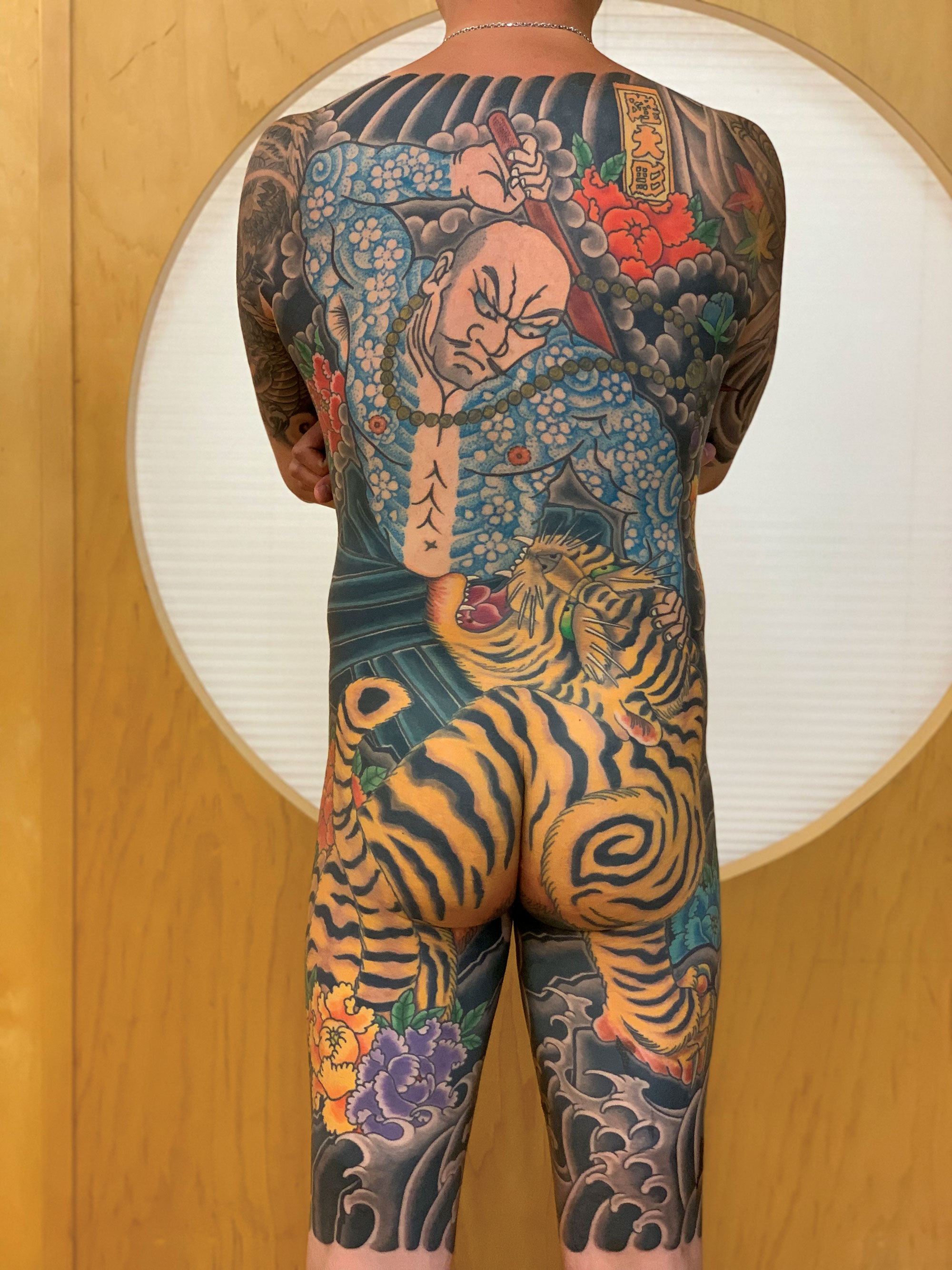 The beautiful object I’d like to talk about is a wooden Fudõ Myõ-õ, handcarved and painted by my mother. In Esoteric Buddhism, Fudõ Myõ-õ represents the anger of the Dainichi Nyorai, the Supreme Buddha. Sitting or standing in a halo of fire, it is this form that fights evil and evil passions. Often called “immovable” because of its stalwart resolve, Fudõ Myõ-õ is considered by many Japanese to be their patron saint. With an angry and powerful face, Fudõ Myõ-õ carries a sword that cuts through ignorance and a kensaku rope to bind demons as well as help lead people to salvation. With origins in India, Fudõ Myõ-õ became one of the most popular Buddhist deities in Japan and can be seen in prints, paintings, sculpture, tattoos, and virtually every form of art imaginable. Fudõ Myõ-õ is often rendered in a blue-black color, but there are also blue, red, and yellow renditions.

After the passing of my father, my mother began studying woodcarving with an expert in Kyoto, Japan. This was one of three Fudõ Myõ-õ statues she carved and painted with his guidance. Once the capital of Japan, Kyoto is a city rich with cultural history and art, and a fitting birthplace for this wonderful piece. That my own mother carved the piece gives it an added dimension of importance to me, and it sits in the center of my personal home shrine, flanked by the other two statues she made. I like to think of them as guardians of our house and life.

Fudõ Myõ-õ continues to be a very popular subject in Japanese tattooing, and every time I go to start a new project of sorts, I spend a few minutes in reverence staring into the angry, yet calming face of this statue. 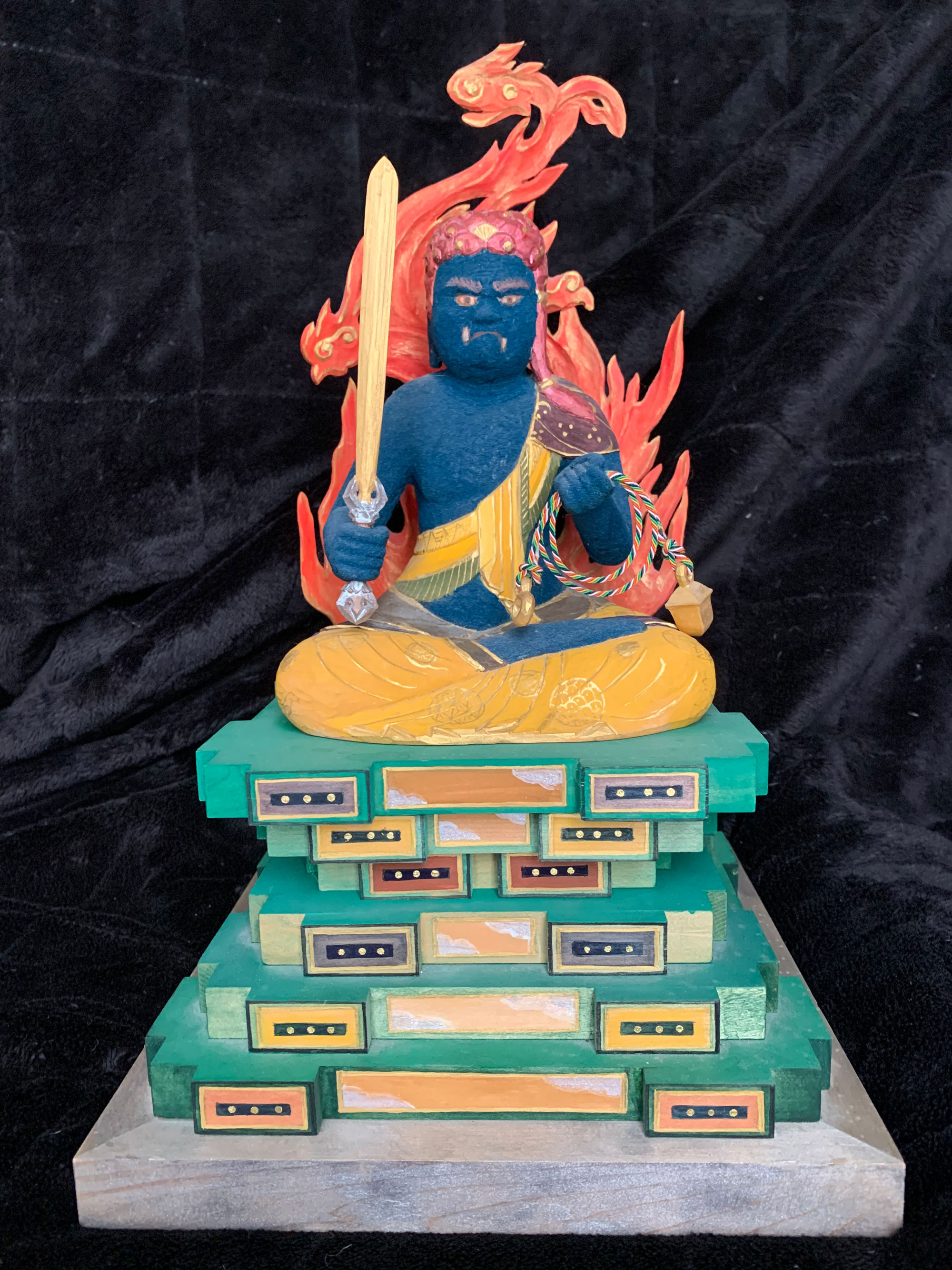 What are the intersections of craft and tattoo art?

Do artists' stories matter to you?