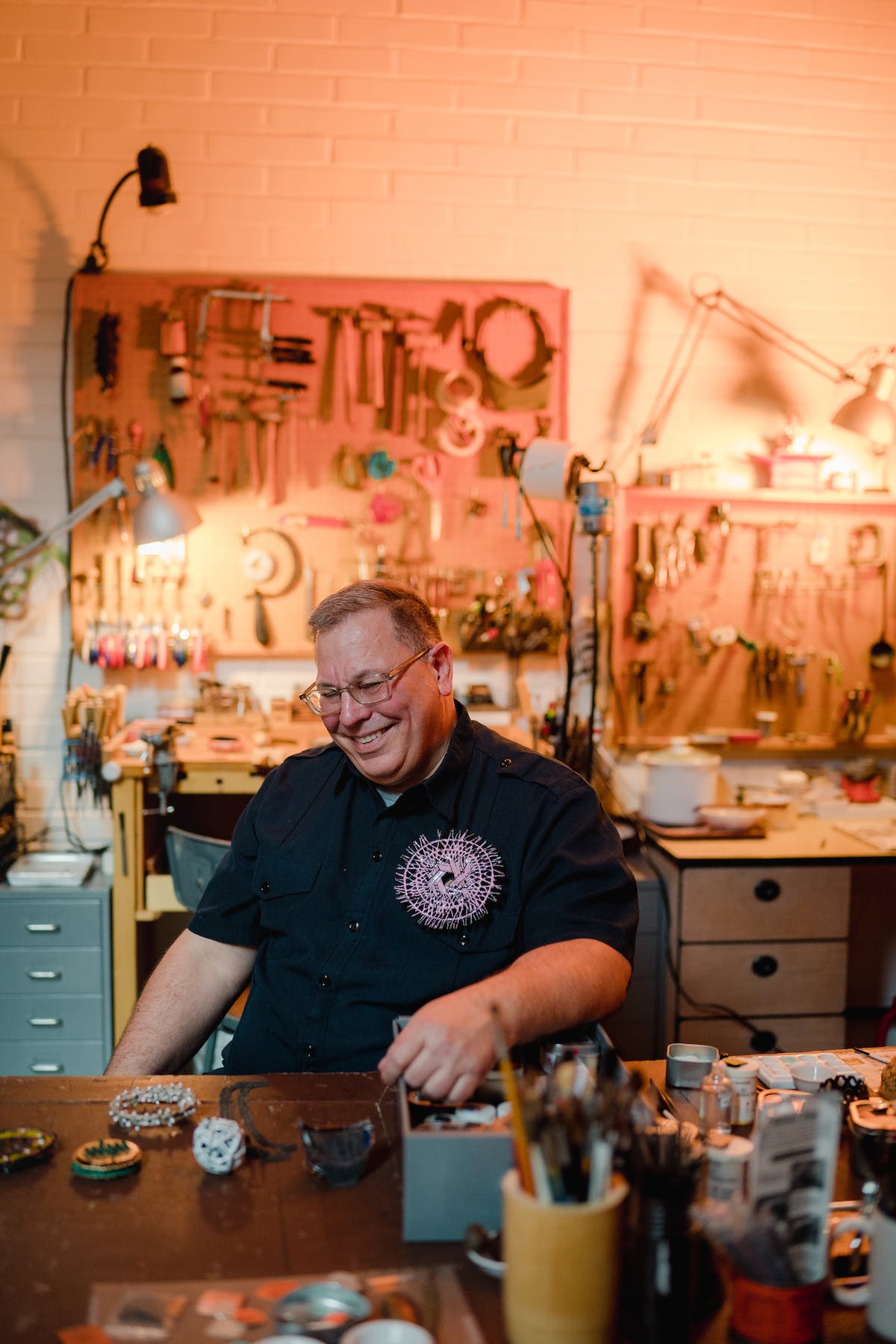 “As cliché as it sounds, the first time I held a soldering torch in my hand, that felt very right,” recalls metalsmith and jeweler Keith Lewis. A prosaic statement, yet Lewis’s work is anything but. Since receiving his BS in chemistry from Dickinson College in Carlisle, Pennsylvania, and his MFA in jewelry and metalsmithing from Kent State University in Kent, Ohio, Lewis, 62, has created pins, brooches, necklaces, and rings—body ornaments usually worn by women—that confront gay male sexual identity, memory (Victorian mourning jewelry), loss (AIDS), and the body.

Jewelry has deep historical connections with intimacy and sentiment. As such, it became “the medium I felt was most useful in pursuing the subject matter I was most interested in,” Lewis says, subject matter rarely, if ever, approached with such unapologetic directness and technical virtuosity in the medium. One critic described Lewis’s work as “sculpture that happens to have a pin on the back,” while another characterized it as “jewelry as a transportable polemic.“ 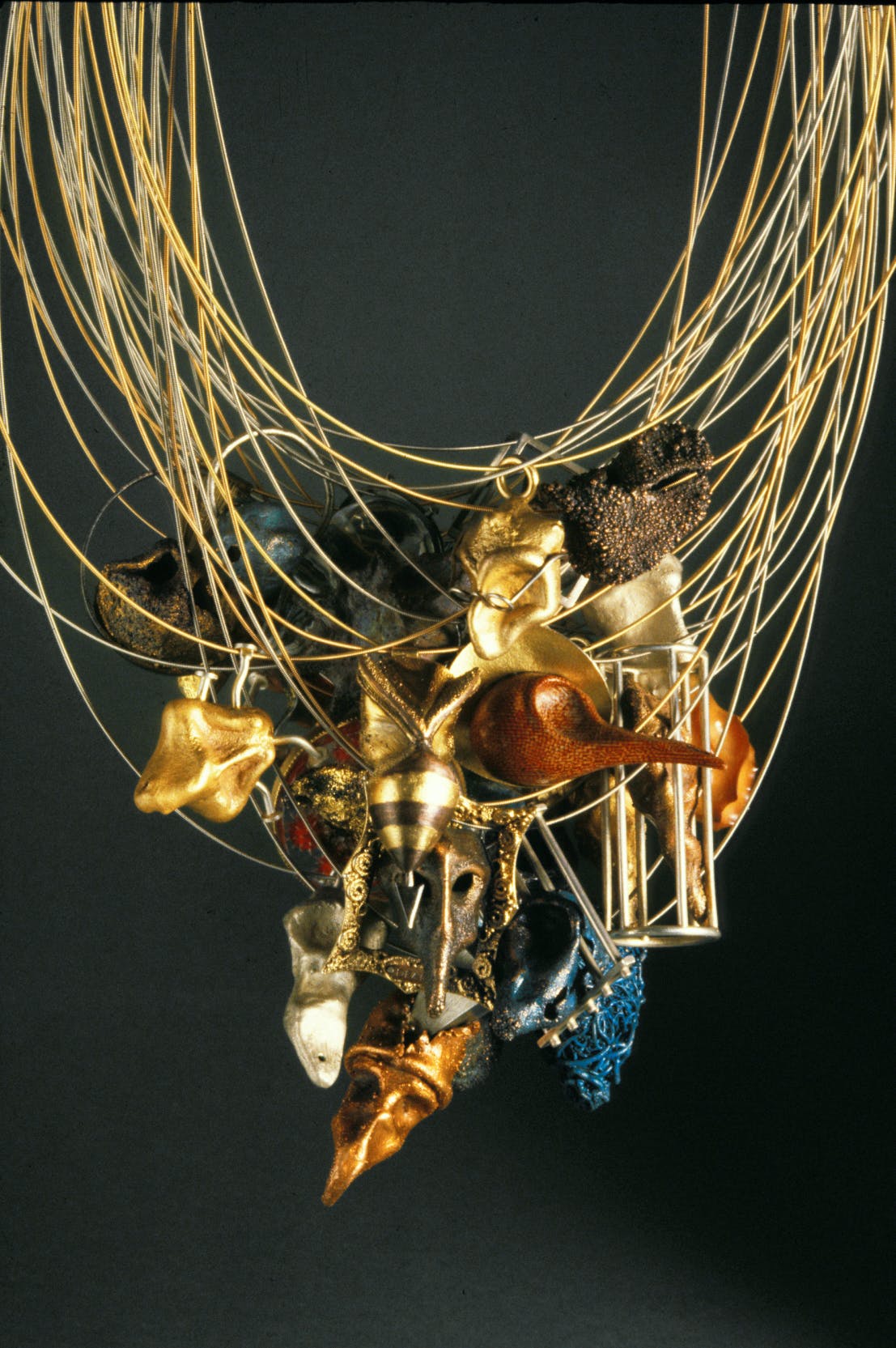 Lewis’s investigations into jewelry as remembrance began with brooches commemorating friends and acquaintances who had died of AIDS and continued through work exploring, and sometimes satirizing, gay male identity and sexuality. He also began incorporating female sexual imagery, based on frescoes at Pompeii, in enameled pins and necklaces. More recently, Lewis has transformed baskets from Goodwill into adorned jewels reflecting their life- enhancing prior use. 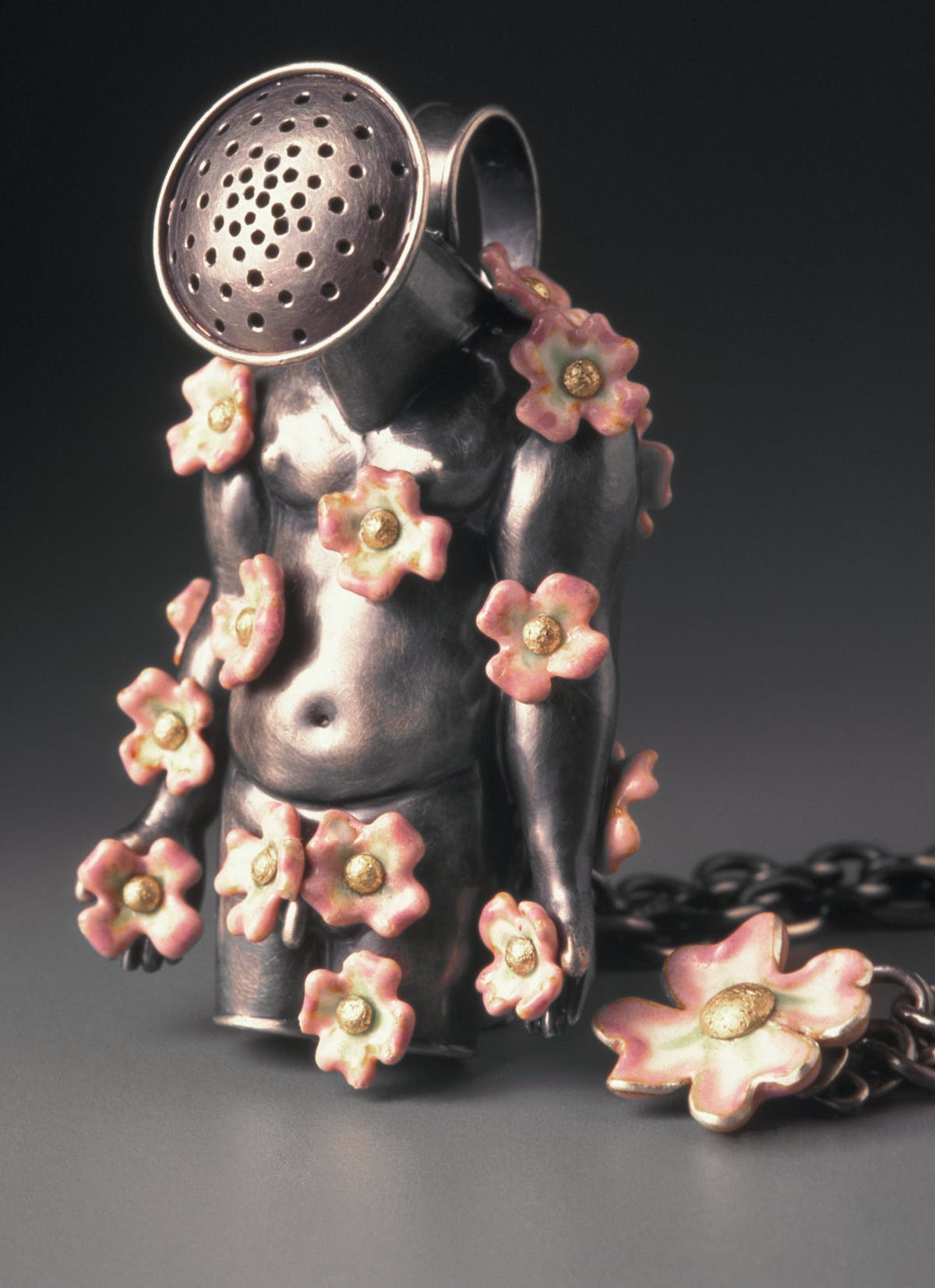 A distinguished professor at Central Washington University, where he’s taught since 1994, Lewis’s work is in the collections of the Tacoma Art Museum; the Museum of Fine Arts, Houston, Texas; the Museum of Arts and Design, New York; the Smithsonian American Art Museum, Washington, DC; the Metropolitan Museum of Art, New York; and the Victoria and Albert Museum, London. “Jewelry is a stealth medium for pushing ideas people might not pay attention to on a museum wall or in literature,” he says. “Teaching broadens my engagement beyond sitting at the bench. There’s nothing else, from a professional point of view, that’s as suitable to me as teaching and making jewelry.”