A study of the methods and philosophies of conservation, restoration, and visible mending.
Reserve Your Tickets Today

Brittany Nicole Cox is an antiquarian horologist with special training in the repair of automata – or mechanical objects, including clocks. Fascinated by clockworks since childhood, she eventually enrolled in West Dean College of Arts and Conservation in England, one of the only places in the world where students can learn how to care for automata and antique clocks. Recently she’s been restoring a mechanical singing bird box for the Toledo Museum of Art in Ohio for an upcoming exhibition on birding. Made in 1845 by Swiss-born Charles Bruguier, one of the foremost automata makers of his day, the box is silver with enameling, and a bird – complete with colorful feathers and a lifelike song – sings when you open the lid. Over time, these mechanical birds can stop working and begin to lose their feathers. 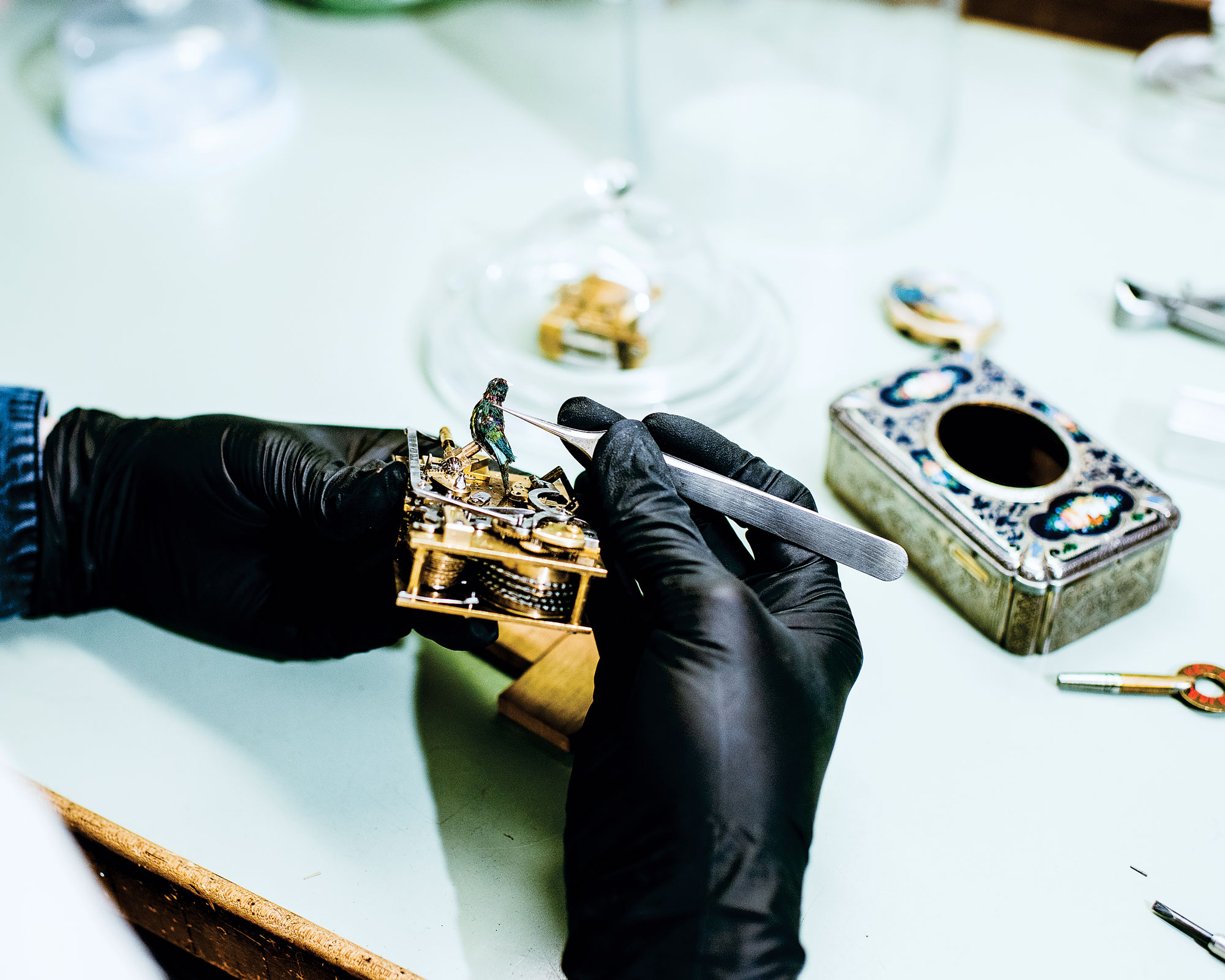 In the early modern period, Cox explains, automata were made using the best available technology at the time, which happened to be clockmaking. Timepieces were also entertainment. Automata were impressive, even dazzling, and a sophisticated host could astonish guests with the mechanical prowess and inventive design displayed by, say, an elaborate clock that could play a recognizable tune every hour on the hour. 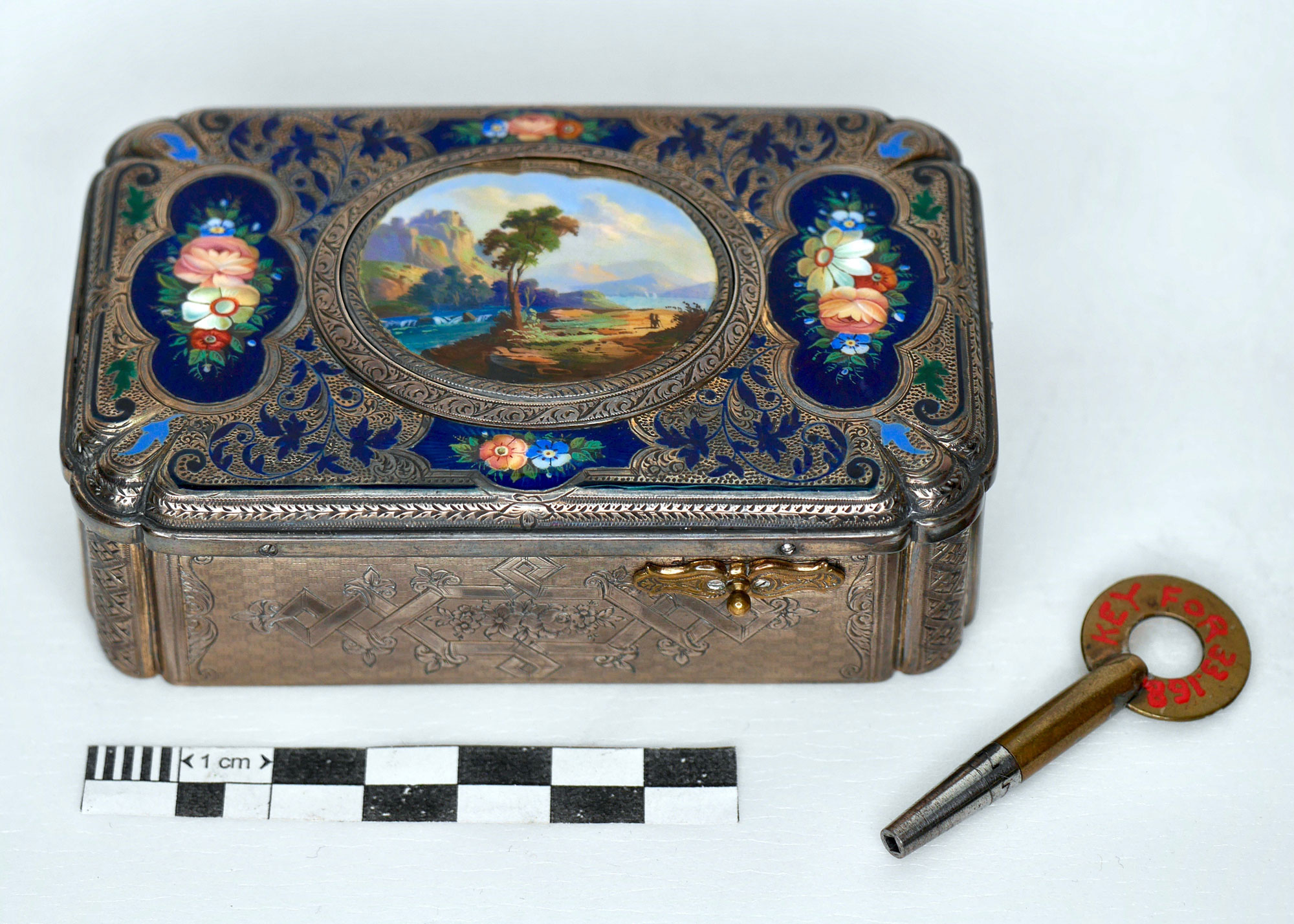 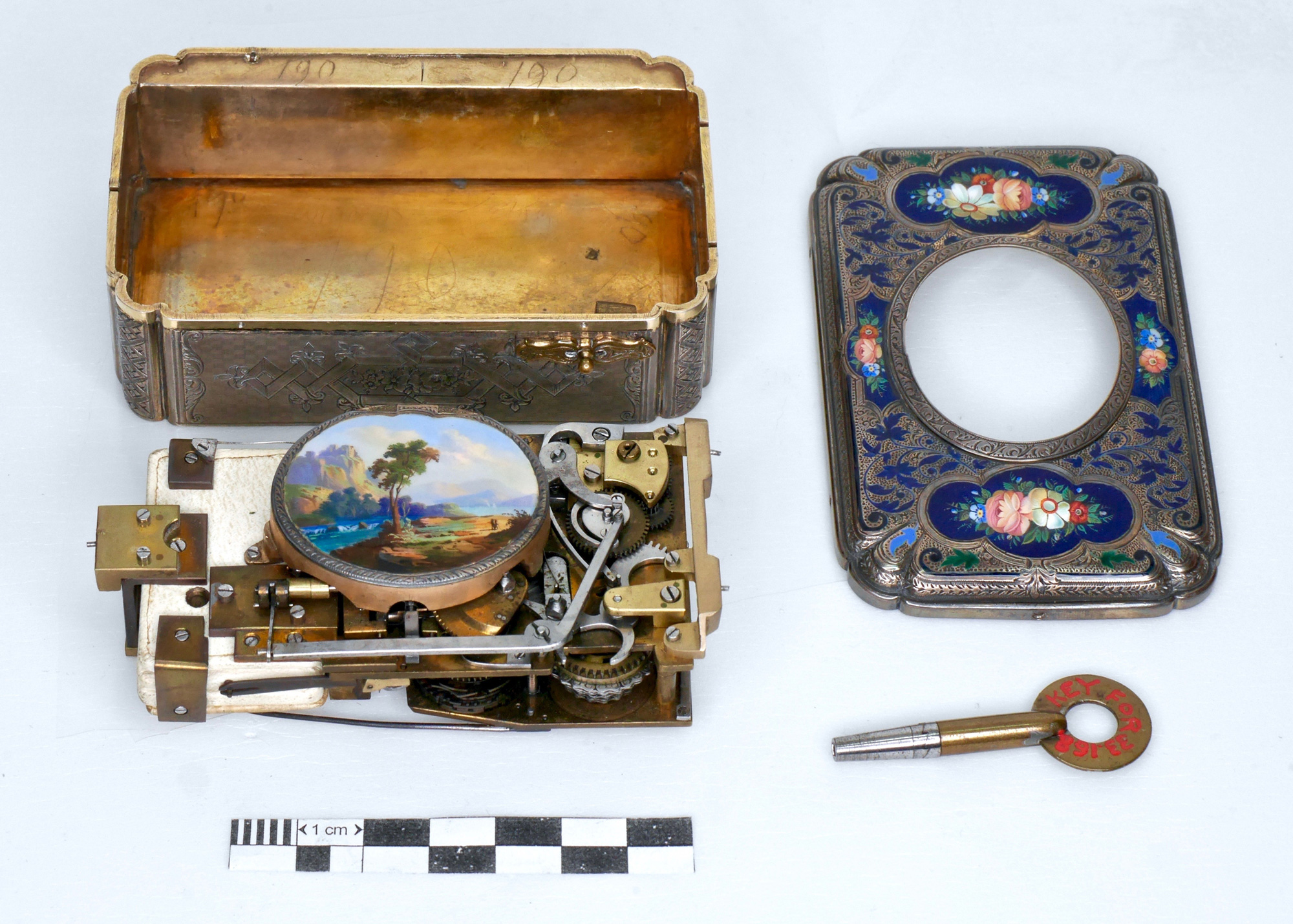 ↑ A prominent automata maker created this silver and enamel box in 1845. The bird inside sings when you lift the lid. Cox’s restoration includes rebuilding the mechanism that animates the bird as well as refeathering and repainting the bird itself.
Photos: Brittany Nicole Cox

The Toledo bird clock presents Cox with a challenge that’s at the heart of restoration: While conservation emphasizes both the overall integrity of the piece and returning as closely as possible to the original maker’s intent, restoration focuses more closely on the look of the piece and its function. For Cox’s project, the main point of the singing bird box is the fact that, well, it sings, which means that the mechanical elements must work.

There’s something magical about being able to … [reanimate] something that’s been silent. It feels like I’m a magician or a doctor. 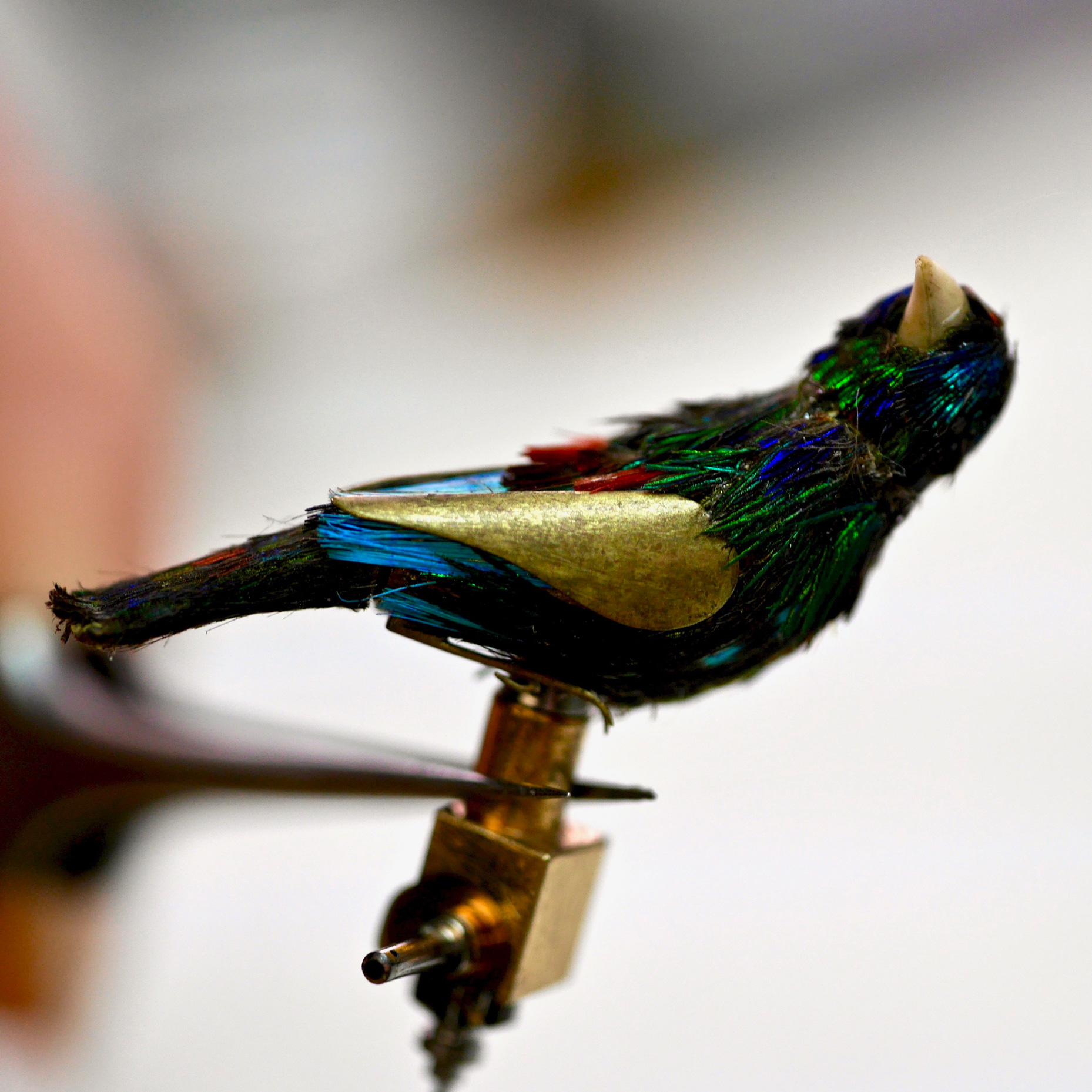 To restore it, Cox needed to take the box completely apart and rebuild the mechanism that animates the bird, including the tiny leather bellows that blows through a brass and steel slide whistle to produce the uncannily realistic birdsong. Rebuilding the bird also meant refeathering it, a painstaking process that begins by photographing the feathers, painting them with watercolors, and preparing a color schematic and layout. She trims and shapes each feather before placing it on the bird’s body according to the schematic. She sources these from antiques, but they’re hard to find and not without risk. “If I’m lucky, I find a Victorian taxidermy. But then you have issues that these birds were treated with arsenic.”

The thrill of seeing an object work again is something wondrous for Cox. “If [a mechanical object] has sat silent or dead so that it can’t fly or sing, there’s something magical about being able to restore that, reanimating something that’s been silent. It feels like I’m a magician or a doctor.”

Tell us what you think

We'd love to hear your thoughts on this story. Send your reactions, reflections, questions, and concerns to [email protected].