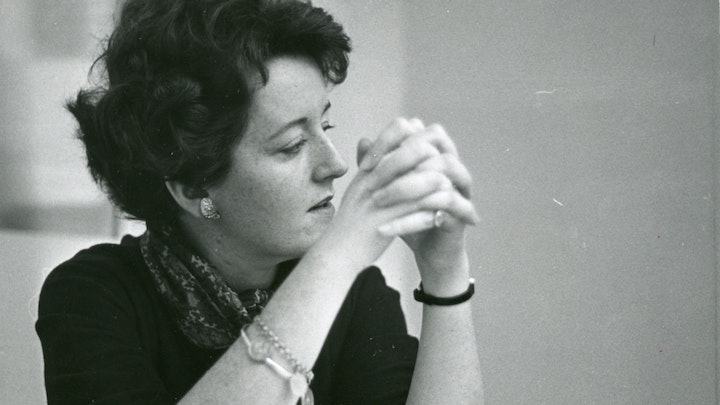 The longest-serving editor of American Craft magazine and a monumental figure in the history of the American Craft Council, Lois Moran was a tireless proponent of the field of American craft. She had a mission to elevate the importance of craft for a broad audience. The ACC is now seeking nominations for an award in her name recognizing the work of writers committed to moving the craft conversation forward.

The jurors for this award, which will be given in Fall 2021, are Glenn Adamson, Indira Allegra, and Rachael Arauz. Read more about our jurors below.

We do not discriminate on the basis of age, ancestry, disability, family status, gender identity or expression, national origin, race, religion, sex or sexual orientation, or for any other reason.

Glenn Adamson is a curator, writer, and historian based in New York. He has previously been director of the Museum of Arts and Design, head of research at the V&A, and curator at the Chipstone Foundation in Milwaukee. Adamson’s publications include Thinking Through Craft (2007), The Craft Reader (2010), Postmodernism: Style and Subversion (2011, co-edited with Jane Pavitt), The Invention of Craft (2013); Art in the Making (2016, co-authored with Julia Bryan-Wilson), and Fewer Better Things: The Hidden Wisdom of Objects (2018). His newest book is Craft: An American History, published by Bloomsbury, and he is co-host of the online interview series Design in Dialogue. Portrait courtesy of John Michael Kohler Arts Center. glennadamson.com

Indira Allegra explores memorial as a genre and vital part of the human experience. Deeply informed by the ritual, relational, and performative aspects of weaving, Allegra explores the repetitive crossing of forces held under tension, be they material, social, or emotional. A leader in the performative craft movement, Allegra was winner of the 2019/2020 Burke Prize. They are a YBCA 100 Honoree, Fleishhacker Eureka Fellow, Lucas Artist Fellow, Lambda Literary Fellow, and part of ARTFORUM International’s “Best of 2020.” Portrait courtesy of the artist. indiraallegra.com

M. Rachael Arauz is an independent curator of modern and contemporary art, with a PhD in art history from the University of Pennsylvania. Past exhibition and publication topics have included mid-century abstraction, Mexican photography, language and text in contemporary art, non-figurative portraiture, sound sculpture, and weaving. She has organized exhibitions and contributed to museum catalogues in the United States, Mexico, and Europe. Arauz was co-curator of the 2019 exhibition In the Vanguard: Haystack Mountain School of Crafts, 1950–1969 for the Portland Museum of Art, Maine. Portrait courtesy of the artist. @rachaelcurator

Make a donation in support of this award

Your gift in honor of Lois will enable us to continue recognizing excellent writers in the craft field through this award for years to come.