died on January 16, 2022, at his home in Elkins Park, Pennsylvania. He was 96 years old. Daley's career spanned over six decades, and he saw recognition and success both as an educator and as a studio artist. 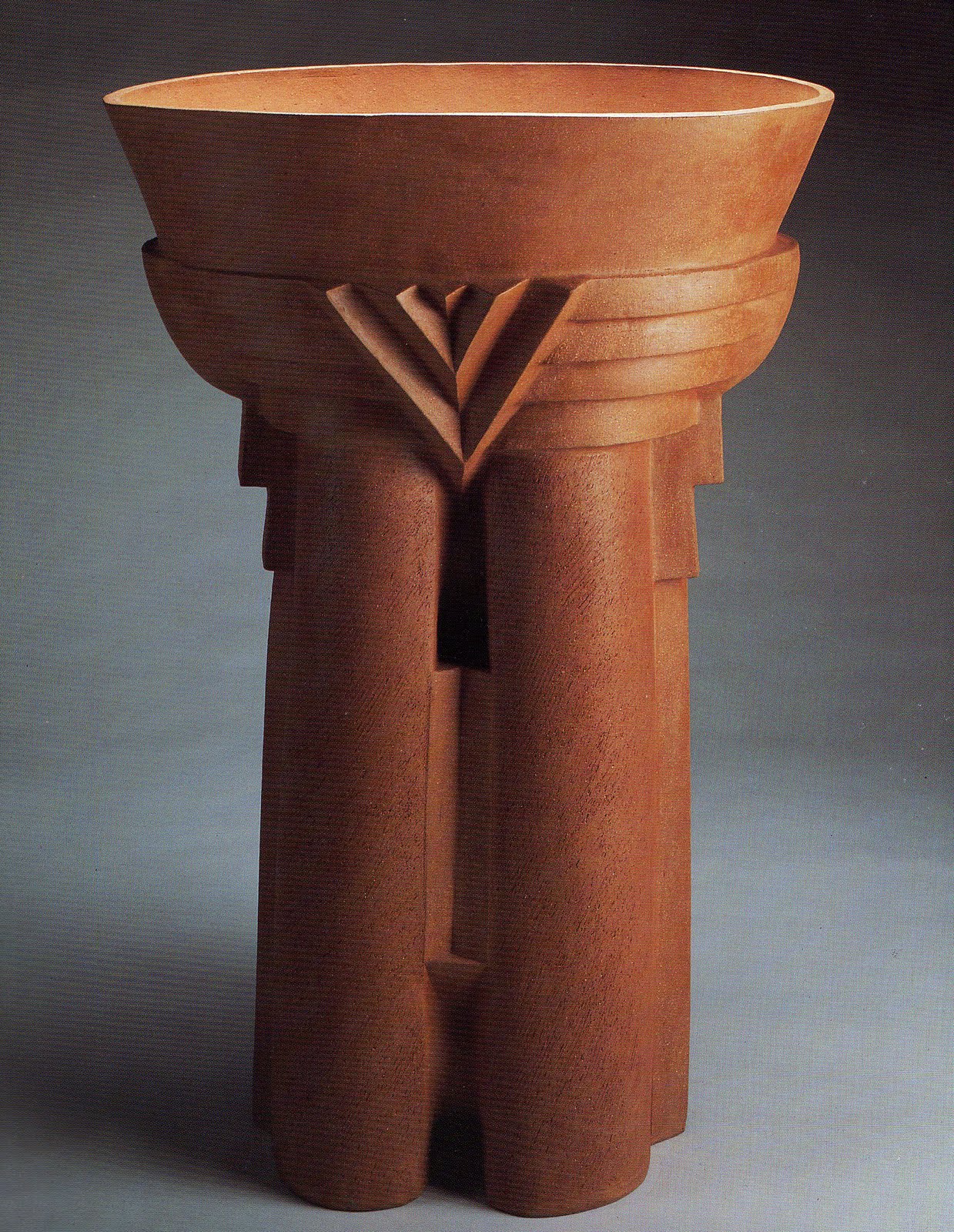 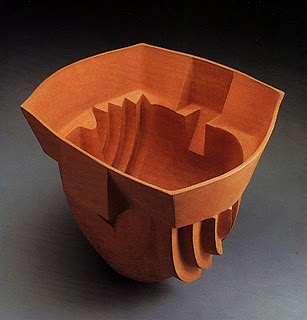 William Daley was born in Hastings-on-Hudson, New York, in 1925. His father William Sr. was a house painter with a love of literature. The younger William showed an early aptitude and interest in drawing. At the age of 18, he was serving in the US Army Air Corp during World War II when his plane was shot down over Germany, and he spent 10 months as a war prisoner. After the war he attended Massachusetts College of Art on the GI Bill, where initially he intended to major in painting. He switched to ceramics during his junior year, and he received his BS degree in 1950. Soon after, he completed his MA in art education at Columbia University Teachers College and landed his first teaching appointment at Iowa State Teachers College. Most of his nearly 40 years of teaching were spent at the Philadelphia College of Art (now the University of the Arts). He considered himself a teacher first and foremost, and was known for his highly energetic engagement with his students. “I am a teacher who makes pots and things rather than a craftsman or artist who teaches,” he stated in a 1978 letter to the American Institute of Architects. 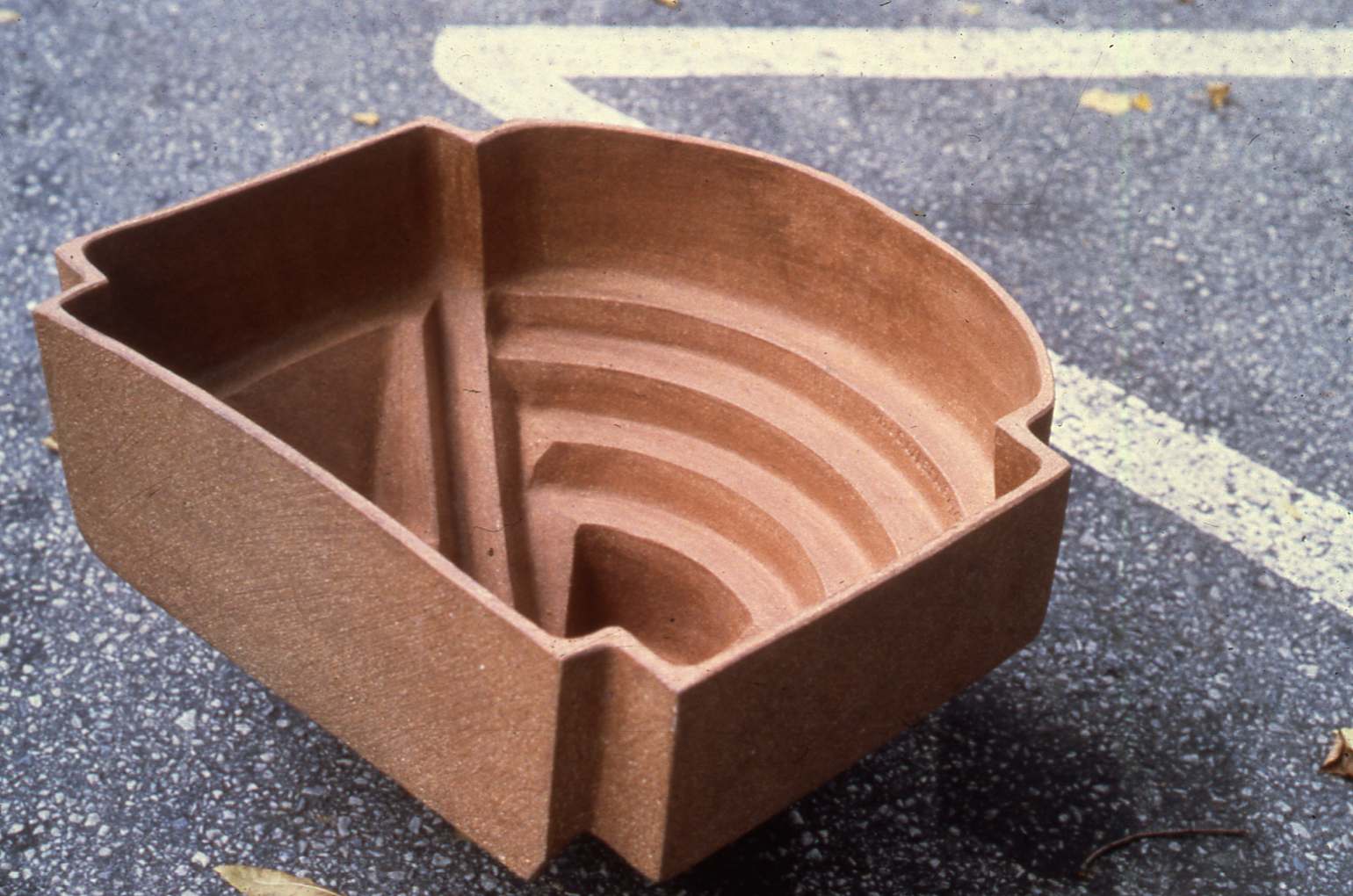 Remarkably, alongside his lengthy and highly regarded teaching career, Daley maintained an active studio practice. Daley’s work frequently has been described as “architectonic,” having a structure that suggests architectural design. His unglazed vessel forms featured angular recesses and protrusions on both interior and exterior, and their visual weight belied their thin-walled construction. He created drawings prolifically in preparation for his “mud” work, using them as studies for pieces while at times inserting playful elements such as bird figures or overwriting. Daley also received commissions to create architectural installations for locations such as the 1962 World’s Fair in Seattle, South African Airways building in New York (later reinstalled at Arrow Corporation in Reading, Pennsylvania), the Ritz Theatre in Philadelphia, and Westminster Presbyterian Church in West Chester, Pennsylvania. 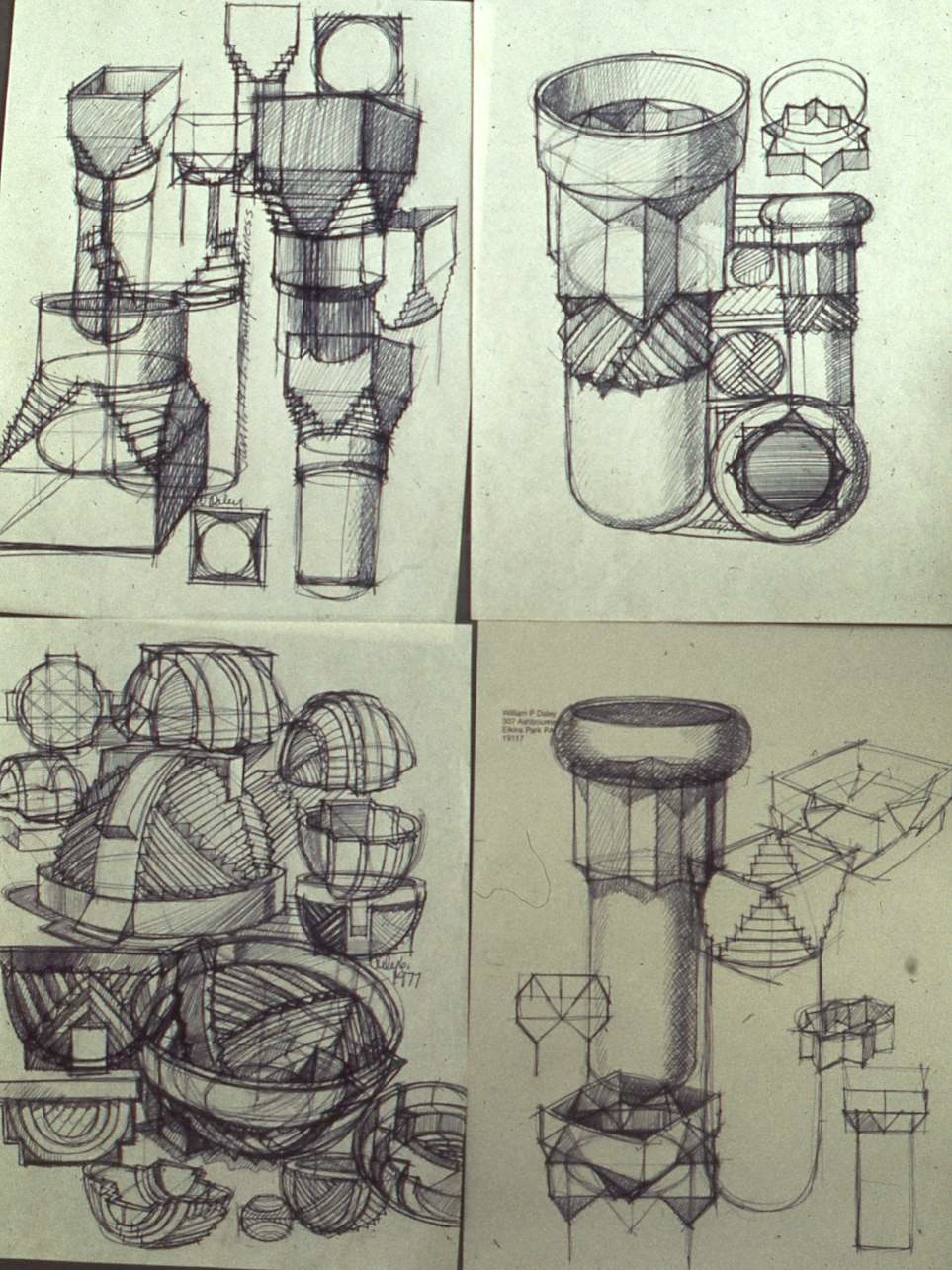 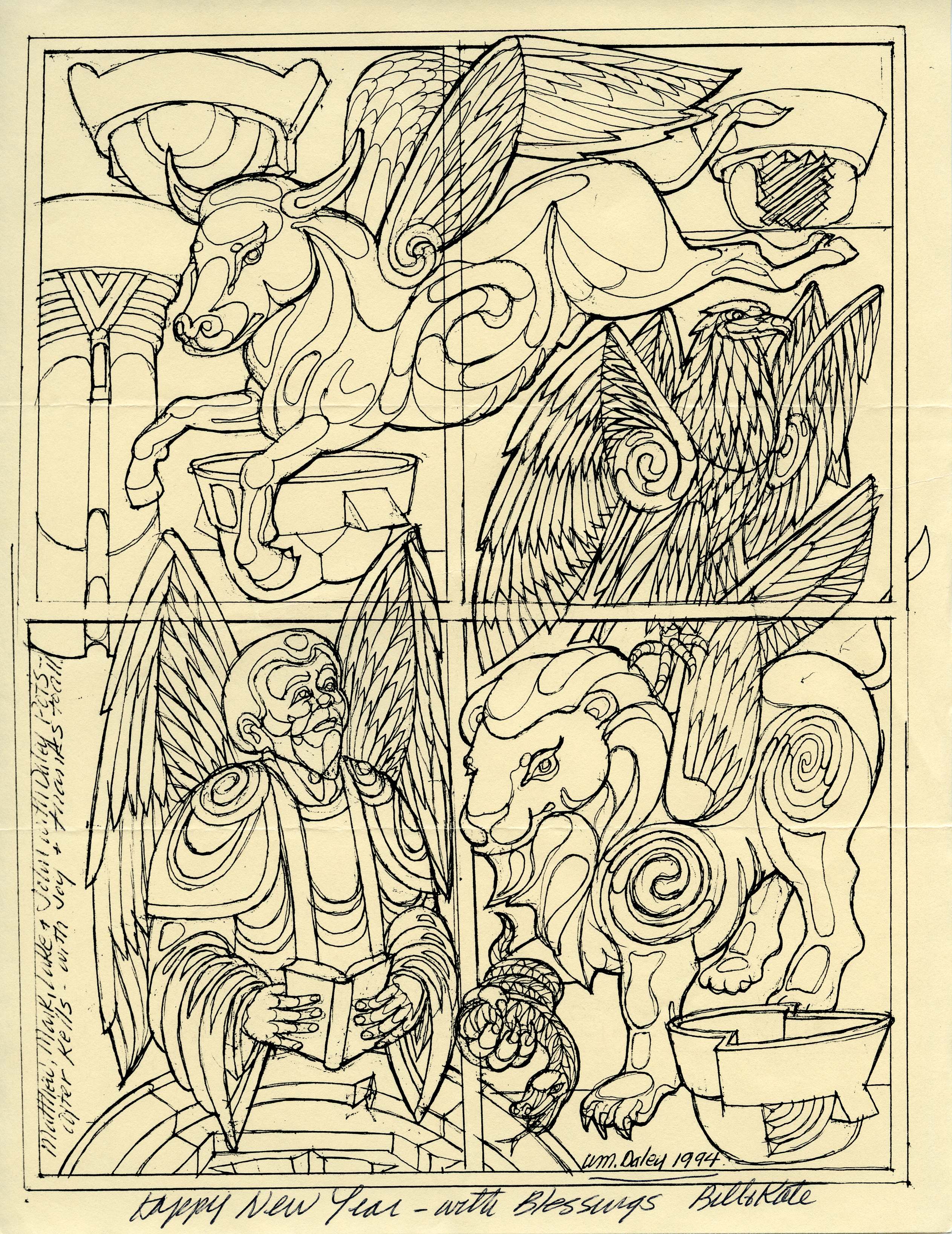 One of the first exhibitions in which William Daley participated was the Young Americans 1954 exhibition which took place at America House in New York City. Other exhibitions at the Museum of Contemporary Crafts/American Craft Museum include Soup Tureens and Craft Today: Poetry of the Physical. Daley's work can be found in collections around the world, including the Metropolitan Museum of Art, New York; the Philadelphia Museum of Art; the Museum of Arts and Design, New York; the Victoria and Albert Museum, London; and the Clayarch Gimhae Museum in South Korea. 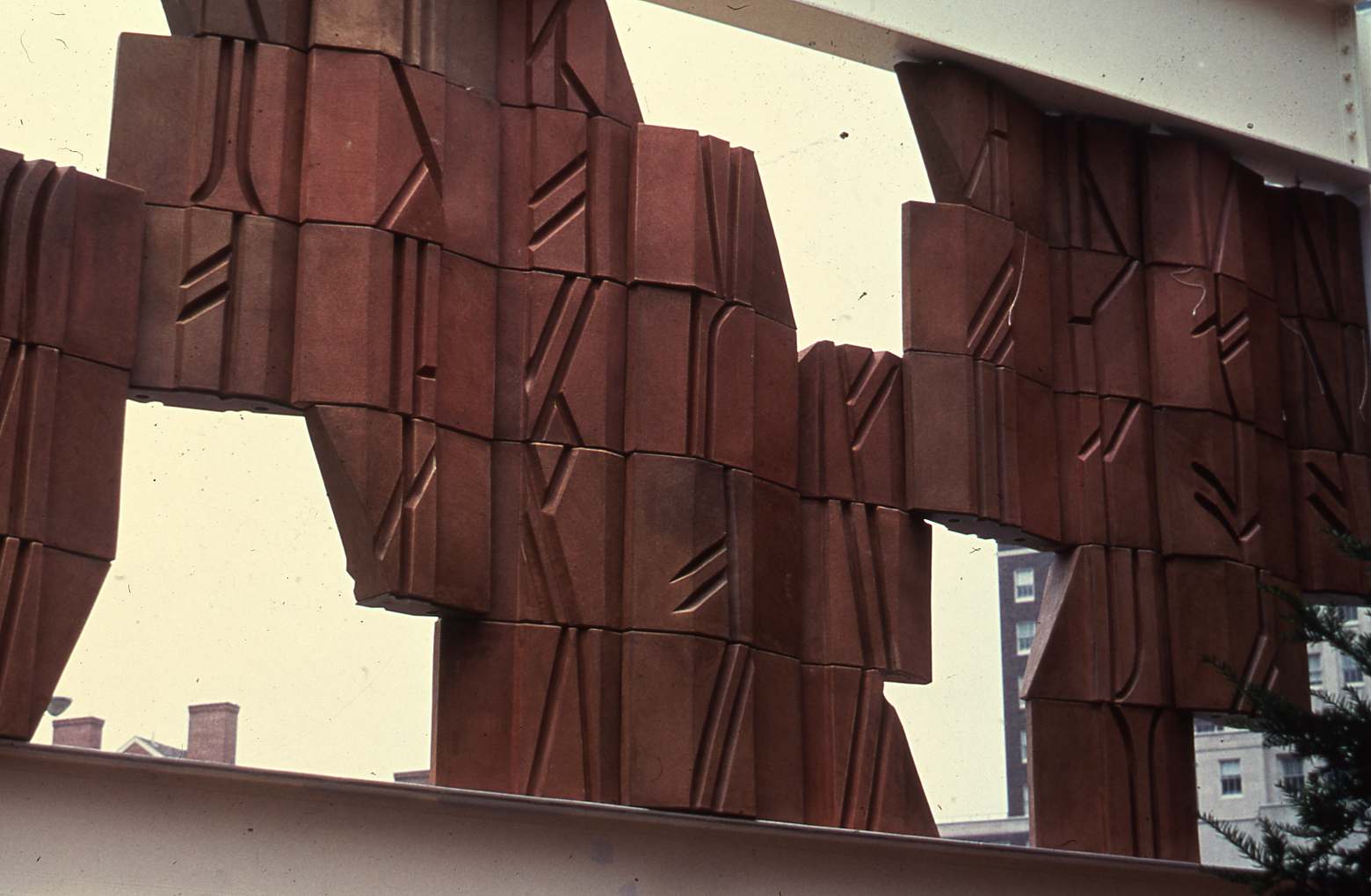 William Daley received numerous awards including honorary doctorates from Maine College of Art and University of the Arts in Philadelphia, the Regis Master Award from Northern Clay Center in Minneapolis, and the James Renwick Distinguished Educator Award. He was inducted into the American Craft Council College of Fellows in 1988 and received the ACC Gold Medal in 2003.

An oral history interview with William Daley can be heard at the Archives of American Art, Smithsonian Institution.

To read more about William Daley, see the article “Duality in Clay: William Daley” in the December 1980/January 1981 issue of American Craft. 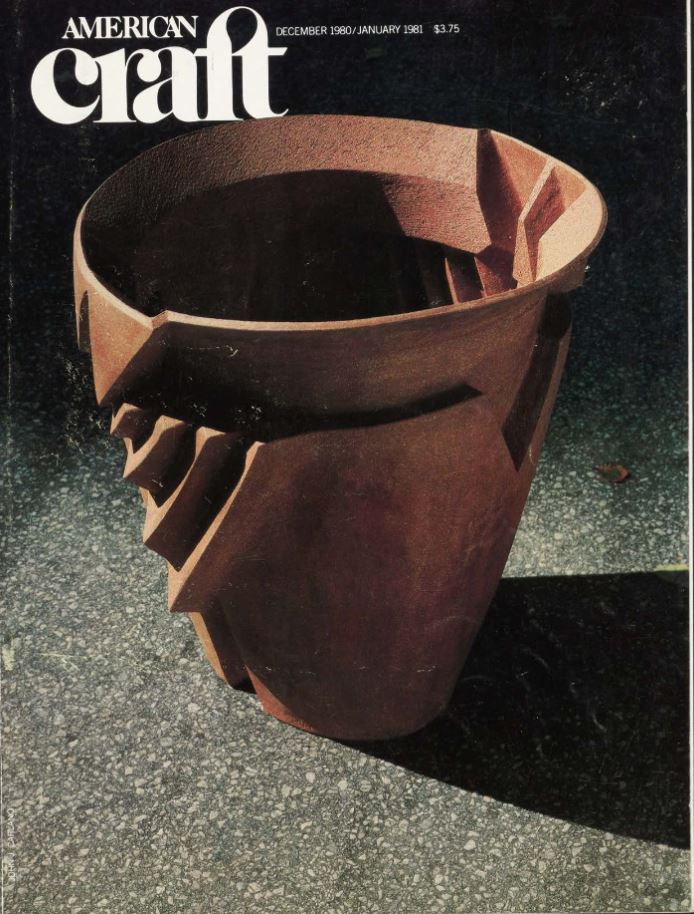