Innovative glass artist and American Craft Council Fellow Howard Ben Tré died on June 20, 2020, at the age of 71. He was a pioneer in the use of hot glass casting to create monumental sculptures and urban environments that can be found in public spaces throughout the world.

Howard Ben Tré was born in Brooklyn, New York, in 1949 and attended an all-boys technical school that taught drafting and the sciences. He attended briefly Missouri Valley College and Brooklyn College, and he became involved with Students for a Democratic Society and the anti-war and civil rights movements of the 1960s. He traveled to Cuba in 1969 to cut sugarcane as a part of the Venceremos Brigade, where he met his first wife Gay. Upon returning to the United States, he eventually moved to Portland, Oregon, where he worked construction jobs before enrolling at Portland State University to study veterinary medicine. While there, he took a glassblowing class, and he realized his interest and enthusiasm in glass was greater than in his intended field of study. During the summer of 1977, he attended Pilchuck Glass School, where he met glass artist Dan Dailey, who helped him do his first glass casting. Howard graduated in 1978 with a BSA in ceramics (the university did not have a provision for majoring in glass), and he returned to the East Coast, where he completed his MFA in glass at Rhode Island School of Design (RISD) in 1980. 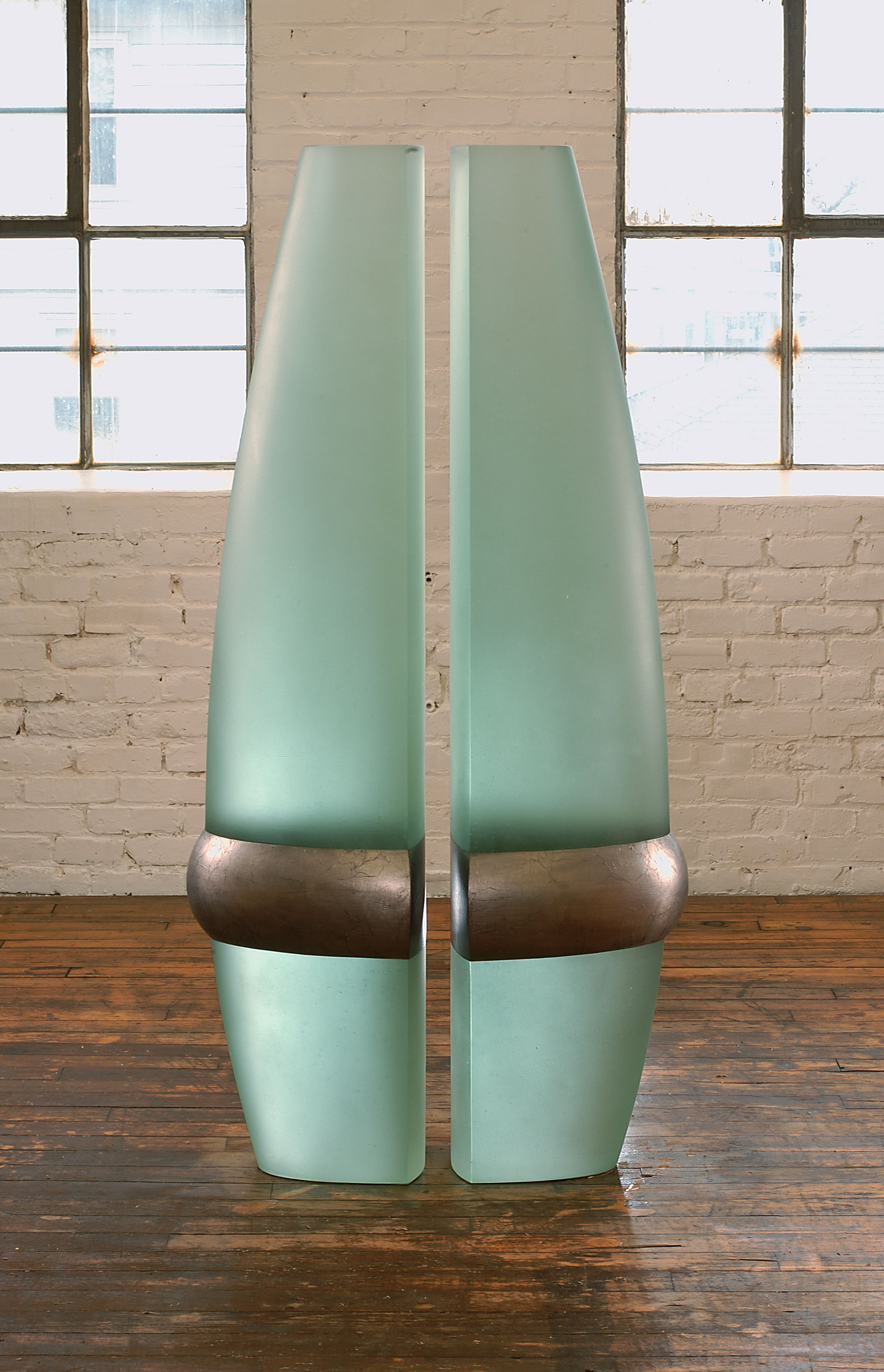 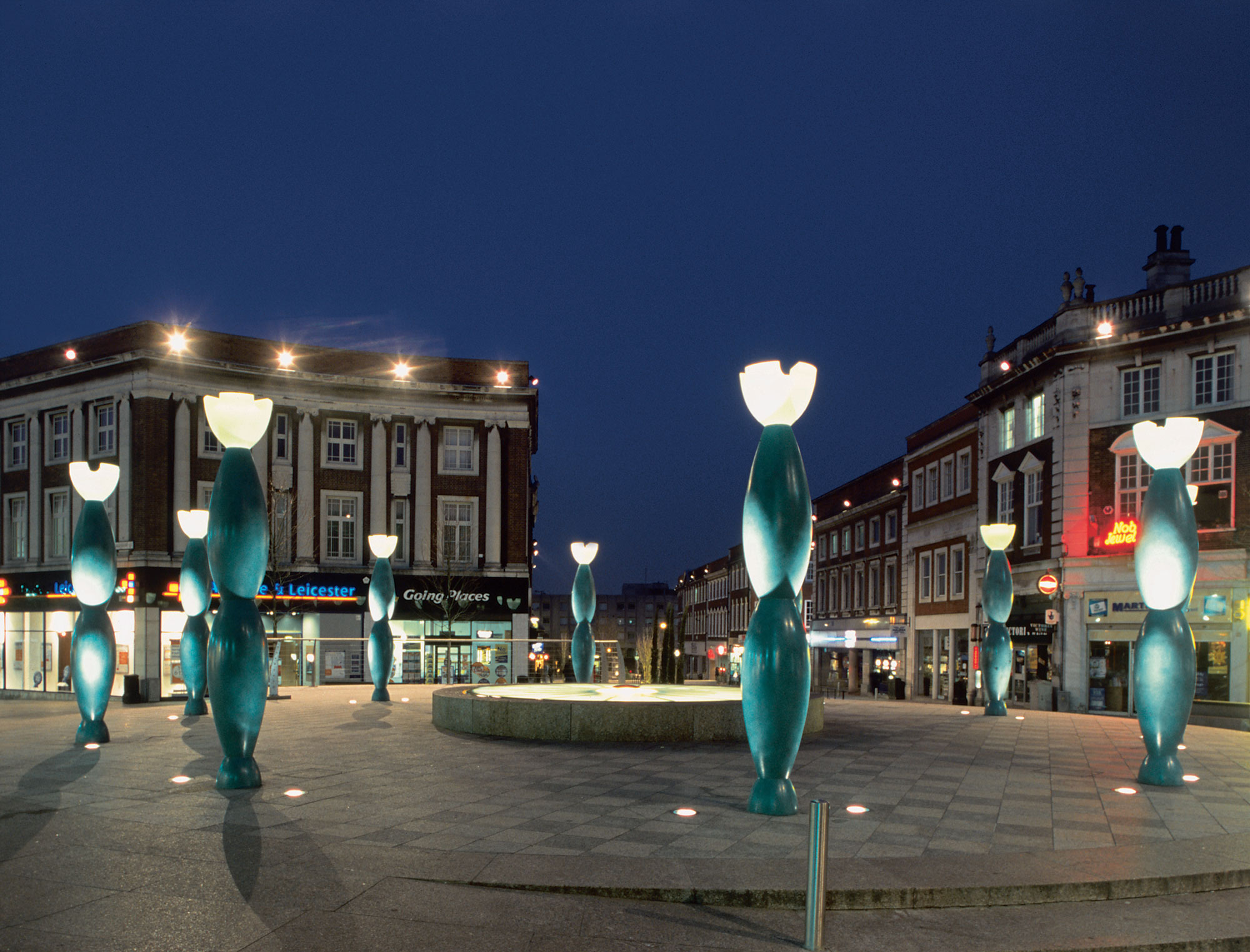 ↑ Public installation of Howard Ben Tré’s Well of Light as part of the Warrington Town Center in Warrington, England. 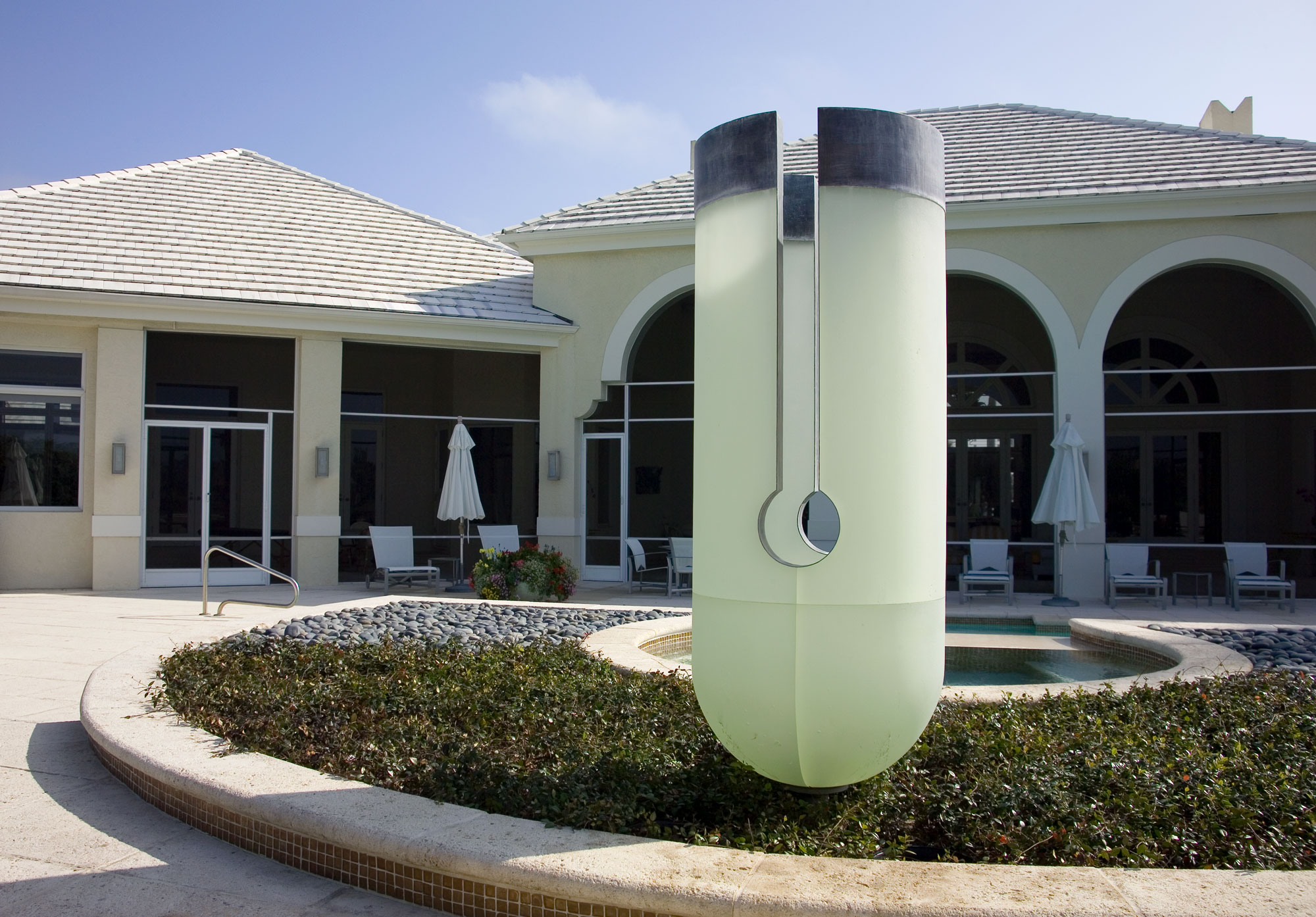 Howard experimented rigorously to develop the right technique for moldmaking and annealing that would allow him to cast the glass pieces he envisioned without cracking. His interest in archeology and architecture undoubtedly influenced his work, which encompassed sculpture, urban design, and landscape architecture. He employed an industrial casting process to create massive, weighty works that featured translucency over transparency and celebrated the sea-green hue of industrial glass. He also combined copper, bronze, or stone with glass in pieces that could withstand outdoor installation. Many of his public installations included lighting, bench seating, fountains, and surrounding hardscape, such as Post Office Square Park in Boston, Target Plaza in Minneapolis, and the Warrington Town Center in Warrington, England. His works are found in over eighty public collections including the Metropolitan Museum of Art, New York, the Renwick Gallery of the Smithsonian Institution, Washington, D.C., the National Museum of Modern Art, Kyoto, Japan, and the Philadelphia Museum of Art. 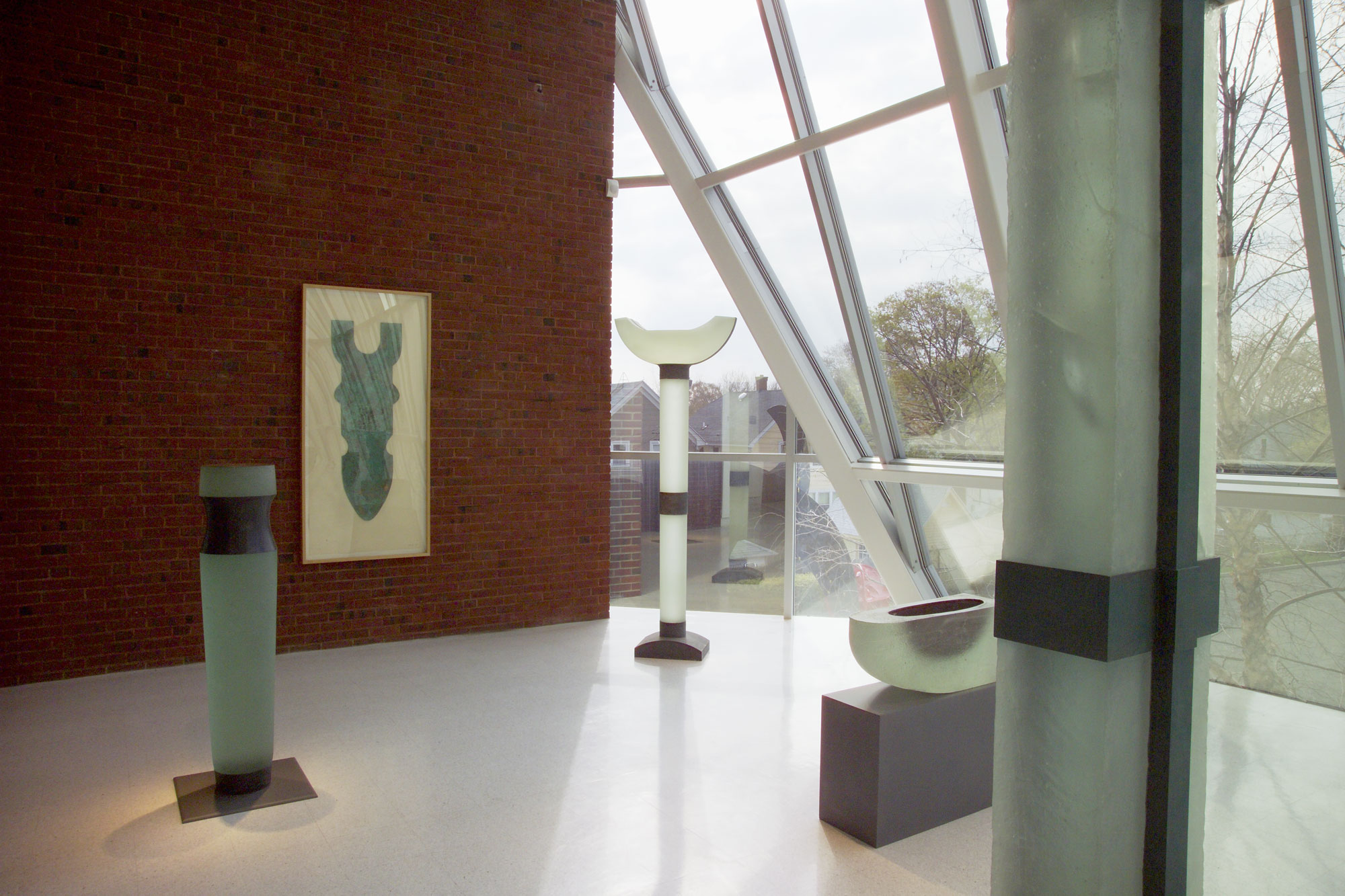 ↑ Installation of the exhibition "Private Visions, Utopian Ideals: The Art of Howard Ben Tré" that was on display at the UB Anderson Gallery, Buffalo, New York, from April 1 – August 14, 2005.

Howard Ben Tré received numerous awards throughout his career. He was the first recipient of the Pell Award for Excellence in the Arts in 1997, and he was awarded three National Endowment for the Arts Fellowships in 1980, 1984, and 1990, as well as three Rhode Island State Council for the Arts Fellowships in 1979, 1984, and 1990. In addition to the awards he received for his artistic accomplishments, he has been recognized for his urban design by the Minneapolis Downtown Improvement District, the Royal Town Planning Institute, and the Providence Preservation Society. He was inducted into the ACC College of Fellows in 2006.

An oral history interview with Howard Ben Tré in 2007 can be found at the Archives of American Art, Smithsonian Institution.

Do artists' stories matter to you?

Become an American Craft Council member and support nonprofit craft publishing. Join a community of like-minded readers who are passionate about making and help grow the number of lives craft has touched. 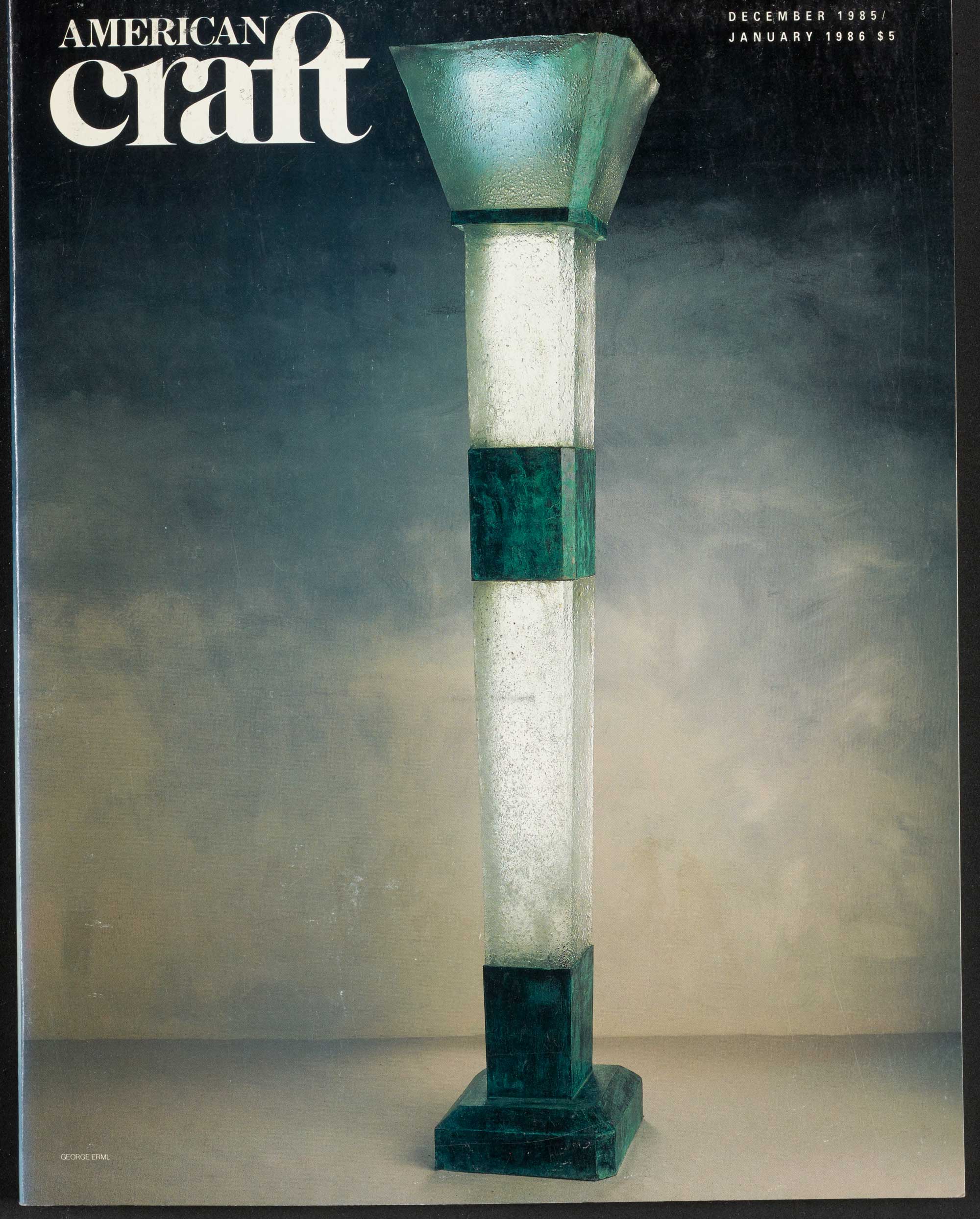