He was a giant of a man both physically and artistically; standing six feet nine inches, he also cut an impressive figure as a bold experimentalist, combining unconventional materials into his furniture and decorative works.

Garry Knox Bennett was born in Alameda, California, in 1934. Raised by his maternal grandparents, he took little interest in school with the exception of his art classes. He worked a variety of hard labor jobs after high school, but at the age of 24 he opted to enroll at the California College of Arts and Crafts (now the California College of the Arts). He concentrated on drawing and painting and also taught himself to weld and work in metals. While at CCAC he married his wife, Sylvia, whom he had known since high school. Although he never graduated, he managed to open his first studio in the late 1960s where he created jewelry and very popular roach clips. Garry and Sylvia later found a partner and opened a larger studio, Squirkenworks in Oakland, that thrived. In the 1970s he experimented with surface treatments on metal and produced a series of clocks with this decorative technique. During this time, he was also teaching himself to work with wood. 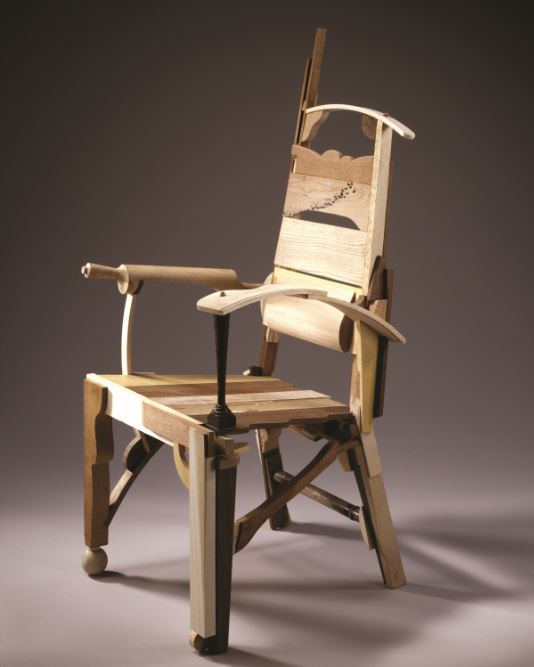 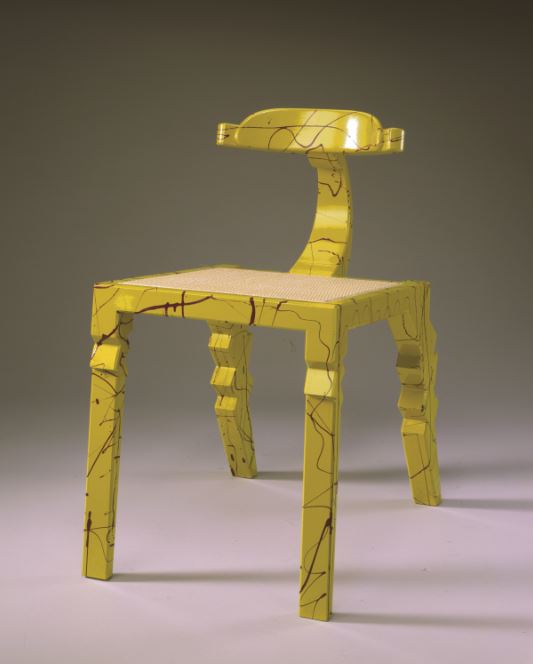 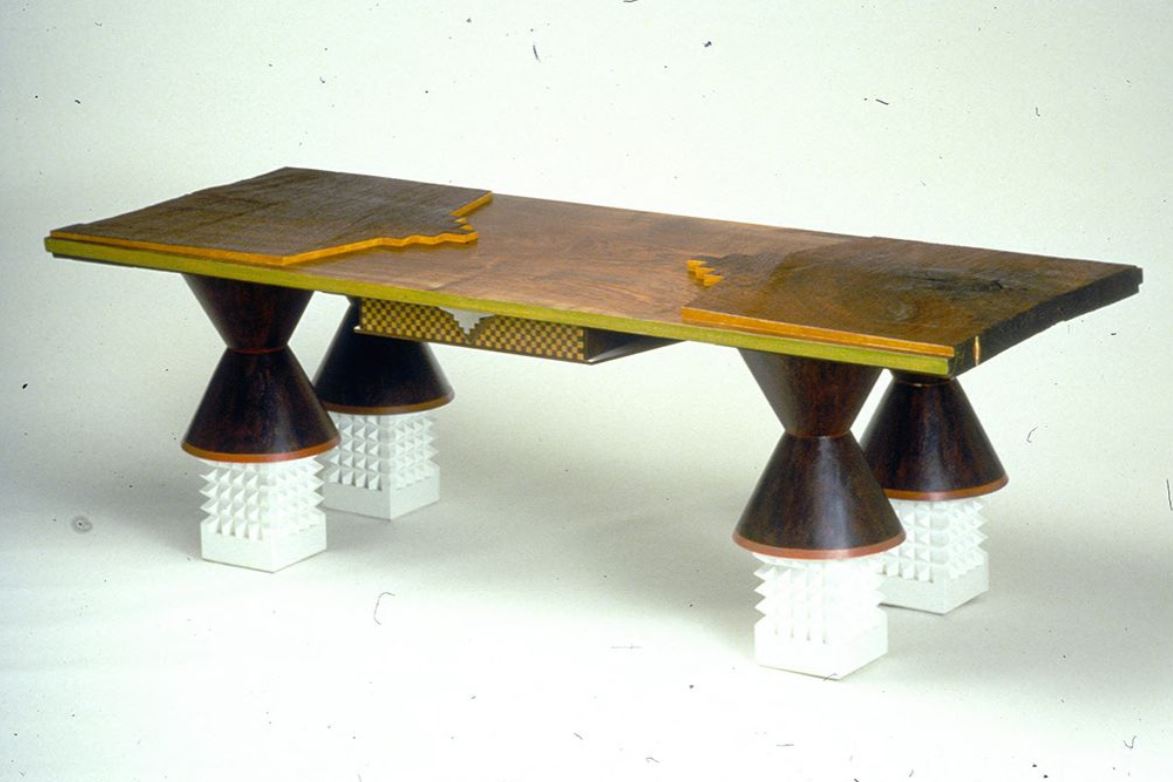 In 1980, Bennett’s notorious Nail Cabinet was featured on the back cover of Fine Woodworking. The cabinet was an example of fine joinery and finish, into which Bennett conspicuously drove a 16-penny nail as a statement against the preciousness of fine furniture. The feature incited a flurry of passionate, angry letters to the editor. He was undoubtedly highly skilled as a craftsman, yet he always maintained a sense of irreverence and humor within his work.

Garry Knox Bennett received much recognition for his work, including the Award of Distinction from the Furniture Society and the James Renwick Alliance Master of the Medium Award. He was inducted into the ACC College of Fellows in 1996. Bennett has been exhibited in major museums such as the Museum of Fine Arts, Boston, and the Renwick Gallery of the Smithsonian American Art Museum. Exhibitions in which he was featured at the Museum of Contemporary Crafts/American Craft Museum include New Handmade Furniture, Craft Today: Poetry of the Physical, and a solo retrospective at the American Craft Museum (now the Museum of Arts and Design) in 2001. His work can be found in the permanent collections of the Museum of Arts and Design, Atlanta Museum of Art, San Francisco Museum of Modern Art, and the Victoria and Albert Museum, London, among others. 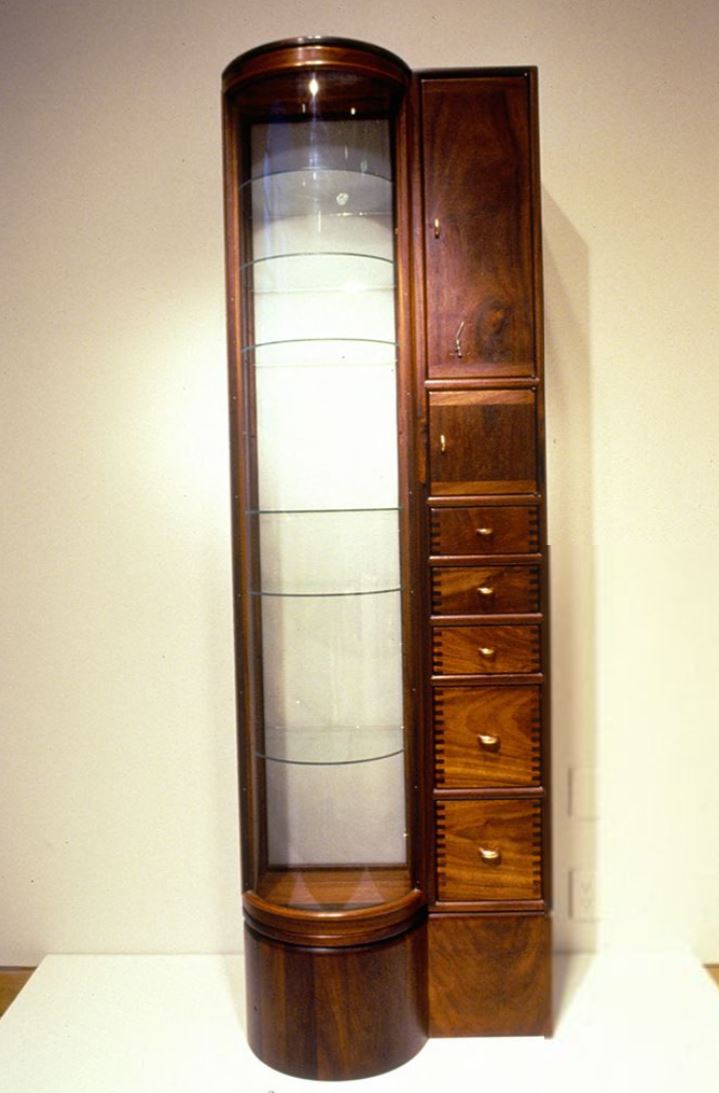 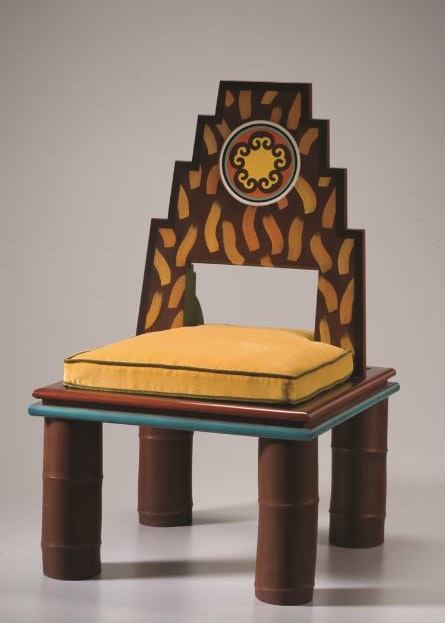 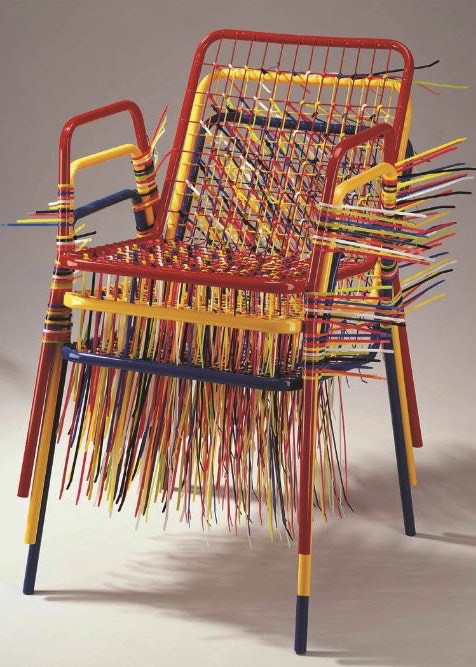 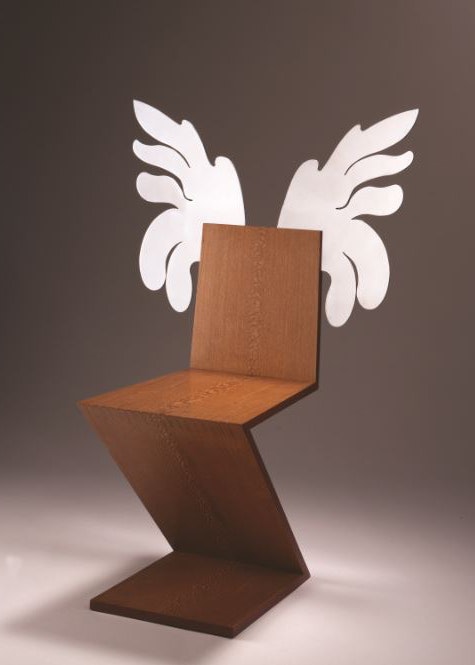 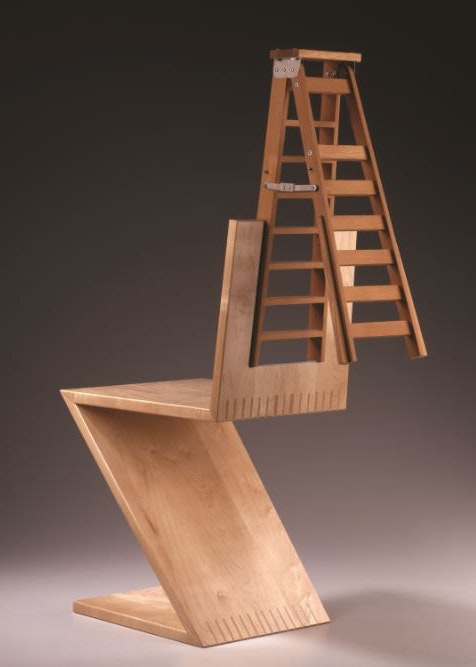 To learn more about Garry Knox Bennett, read an American Craft magazine interview from 2018, listen to our video interview with Garry in his studio from 2011, or read a blog post about his notorious Nail Cabinet.

With equal parts hard work and humor, Sylvia and Garry Knox Bennett have made a marriage, and a life, built to last.

A memorable piece from "Explorations II: The New Furniture” from the American Craft Museum...

We dropped by the home and studio of furniture maker