The Queue: A Parade for Barbara Waldman

The Queue: A Parade for Barbara Waldman

In this section
Exclusive stories from makers across America
Join us

Exploring Legacy through The Queue

With the October/November issue of American Craft celebrating the legacies of our 2020 award winners, we’re inviting them – as well as the people they've influenced and inspired – to share personal reflections on their outstanding careers.

If Alex Moses could throw a parade for Barbara Waldman, it would be something truly grand

This week in The Queue, former American Craft Council trustee Alex Moses has written a letter in praise of her friend and colleague Barbara Waldman, who is the recipient of our 2020 Aileen Osborn Webb Award for Philanthropy. Alex and Barbara worked together closely on the ACC board of trustees, and Alex imagines a parade special enough to celebrate Barbara's contribution to the craft field.

Read more about Barbara Waldman's career and her impact on the craft field in the "Honoring Accomplishments" feature from the October/November issue of American Craft.

You deserve many awards for your great gifts to the American Craft Council and to us – gifts of talent, time, and treasure. You earned more. You earned this virtual parade, our own type of a ticker tape parade to honor you.

All of us will be at your parade, in the cars, on the floats, or marching alongside. We promise not to name names, so let’s talk about your parade.

You will be in the first car, hand woven flags and banners above. The next four cars will have the ACC executive directors with whom you worked so energetically.

Fair warning, a big fight will erupt over who gets the first float. You are involved in so many parts of the ACC, and every committee will claim you. Spoiler alert: you have been in so many leadership roles at the ACC that the Executive Committee wins.

The Nominating and Education Committees know that you have been essential, bringing in good people and good ideas. They too will try but not get the second float – not if the Shows Committee sees an opening.

You have visited every show city. You know big and little details of what it takes to put on a show and who is responsible for each piece. You gather sponsors for preview parties. You keep everything moving along, city to city, year to year. You understand marketing, logistics, makers, teams, and buyers. You propel all of us forward. You made clear makers need a marketplace that works for them. The Shows Committee will get the second float, hands down.

With the order clear, makers can then line up their floats. Your long virtual parade is almost ready to go. Your parade has no barricades to keep the crowd at bay. We all want to participate.

We will march behind the floats, cheering for you. Our banners for the ACC are waved in honor of you.

Thank you, Barbara, for being a champion of craft. 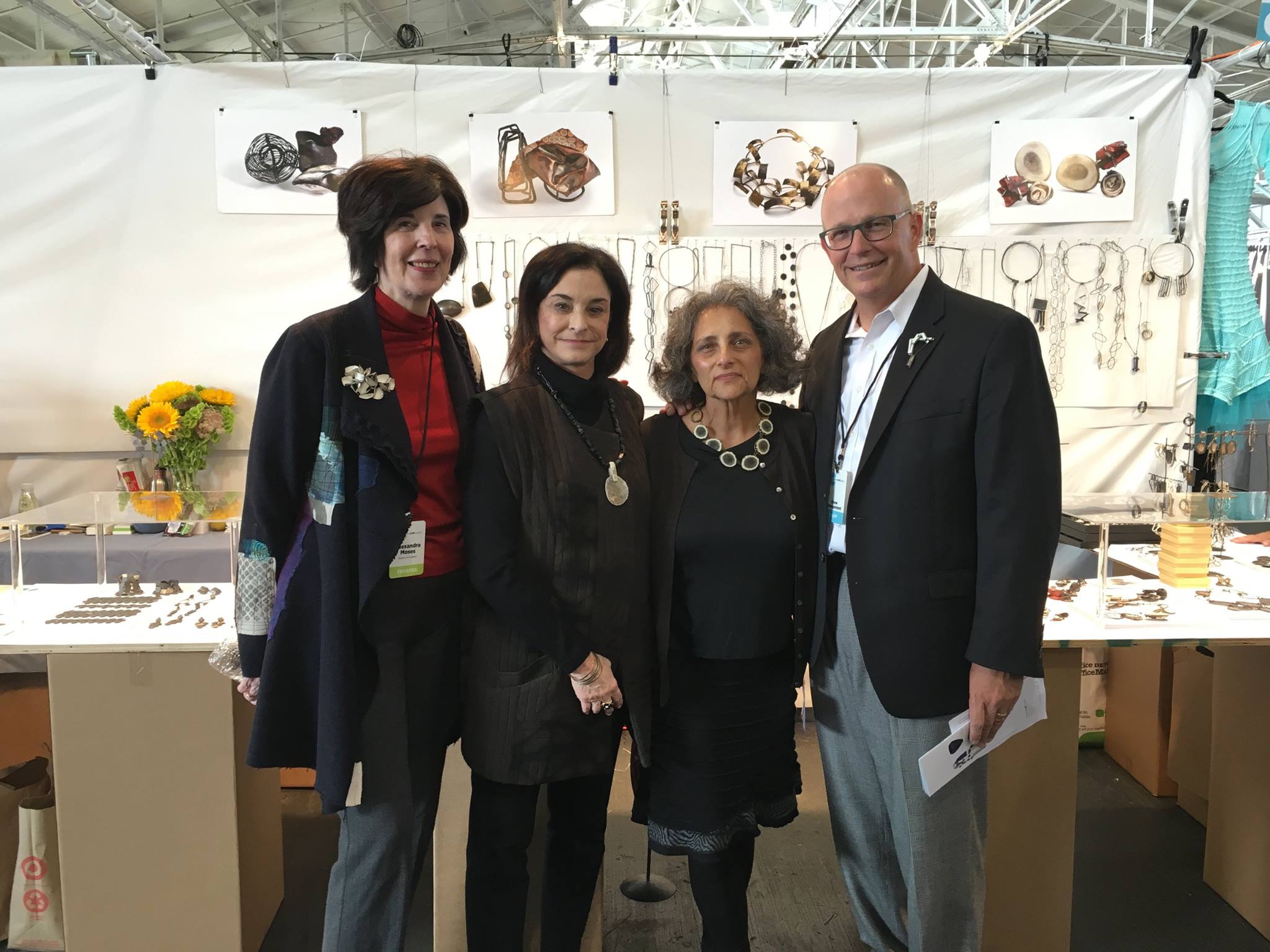 Alexandra Moses (San Francisco, California) worked a booth at the American Craft Baltimore Show in 1971 and has been active ever since. A lawyer and artist, she served many years as a trustee of the American Craft Council, in addition to many other arts and cultural organizations all over the country.

As a national nonprofit, we are documenting the evolution of the studio craft movement, honoring its visionaries, and providing craft resources for generations to come. We need your support to make it happen. Please consider donating or joining today to help make programs like the ACC Awards and The Queue possible.