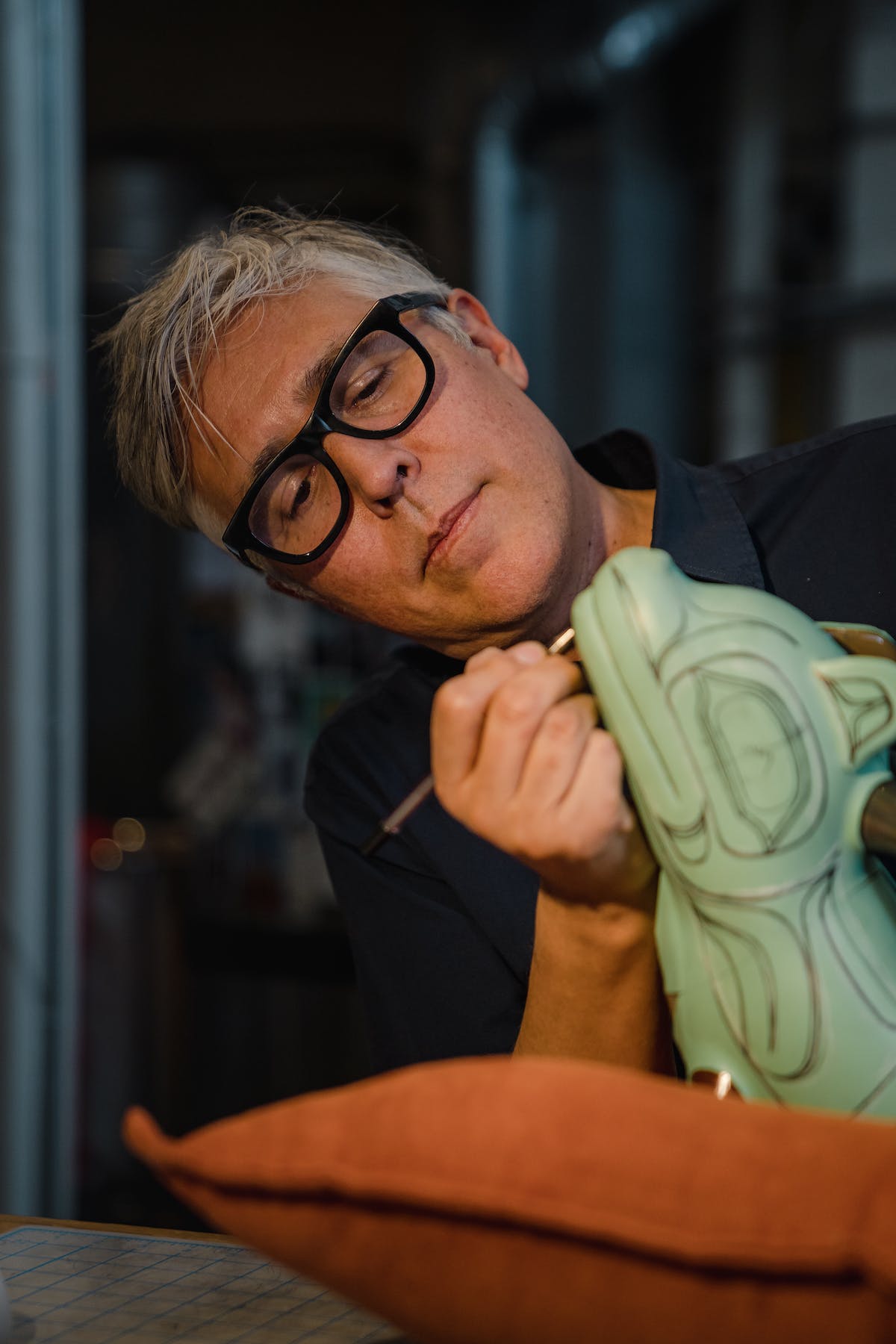 “Glass brings another dimension to Native American art,” Singletary says. “Its luminous quality and shadow effect are like a spirit that appears when the lighting is right.”

As a child, Singletary, who is 59, was steeped in Tlingit tradition. In high school, he met future glass artist Dante Marioni. After high school, at Marioni’s suggestion, Singletary, then a musician, began working as a night watchman at the Glass Eye, a Seattle glass-blowing studio. He quickly joined one of the studio’s production teams. In 1984, Singletary took his first workshop at Pilchuck Glass School. He also studied with and worked for Venetian glass master Lino Tagliapietra. In 1993 Singletary spent six months in Sweden, where he was immersed in the Scandinavian design community and met his future wife, Åsa Sandlund. 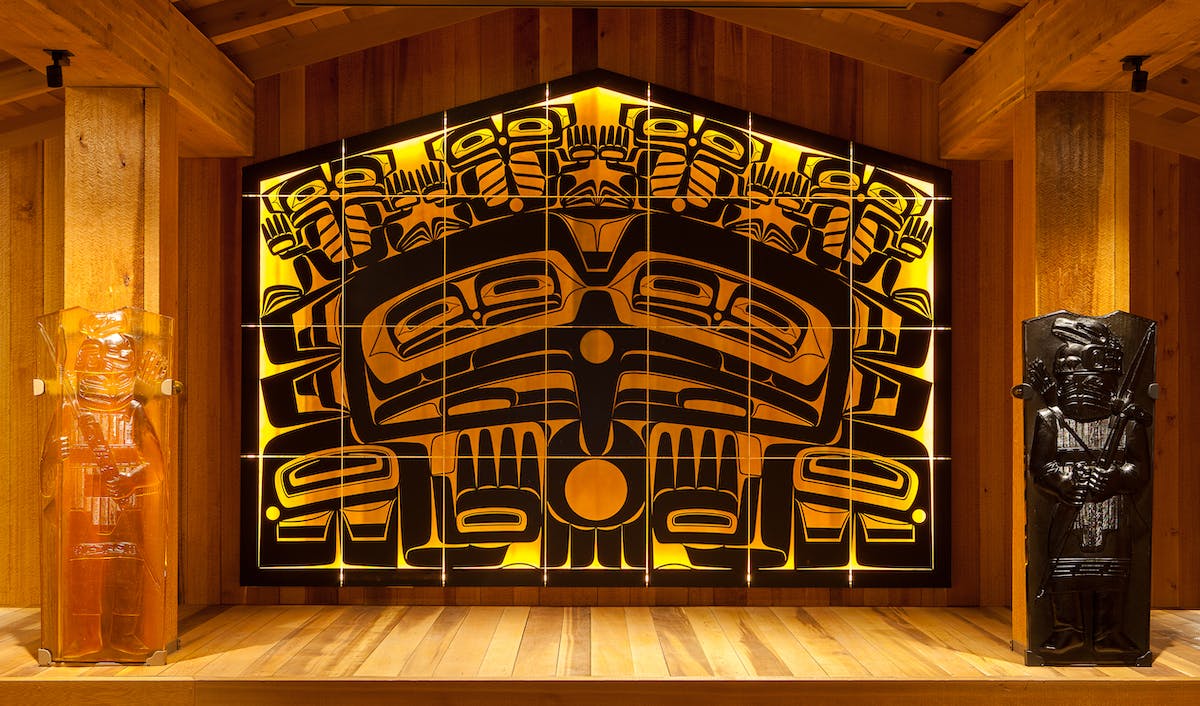 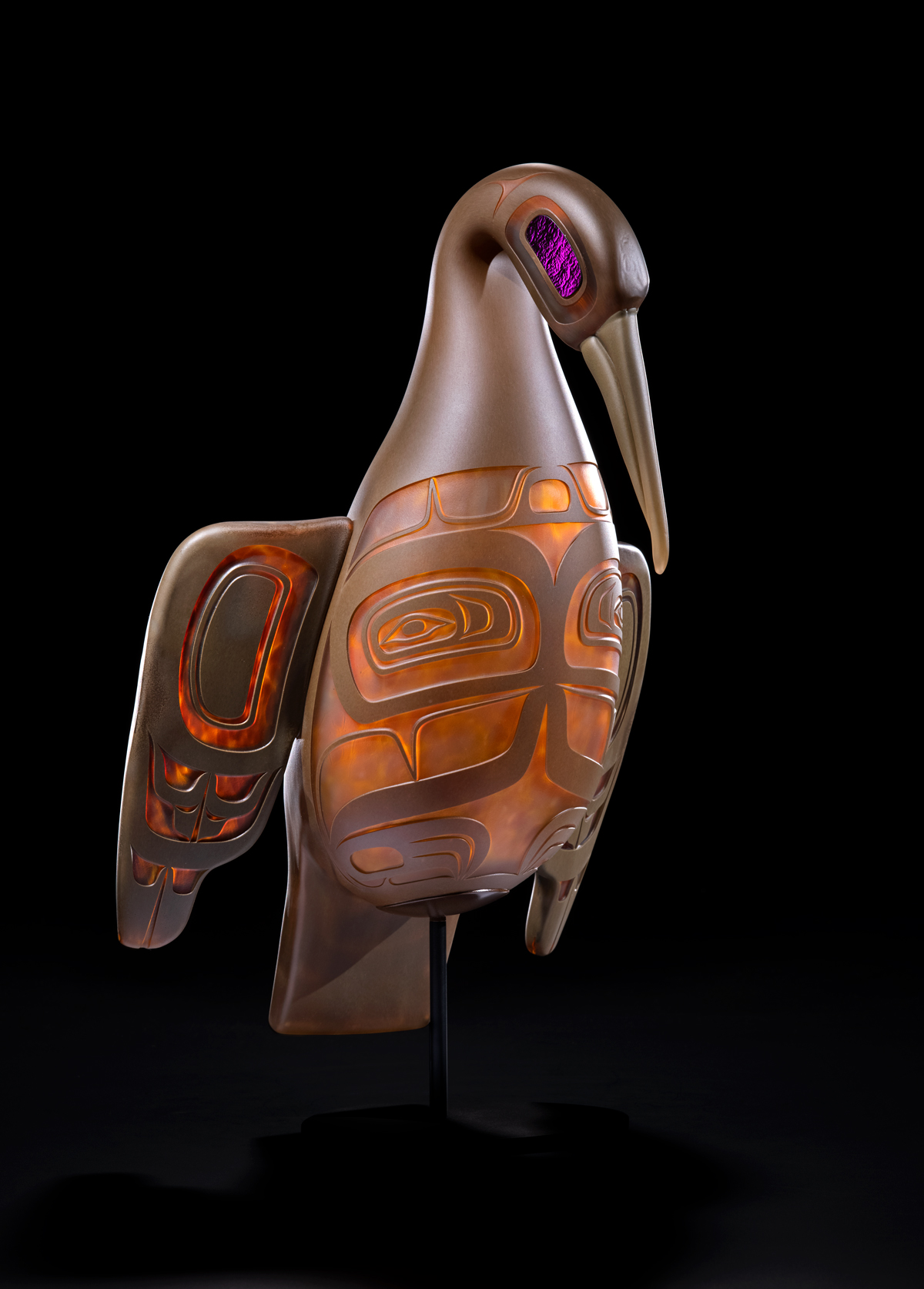 “When I began working with glass in 1982, I had no idea I’d be so connected to the material in the way that I am,” says Singletary, whose work is in collections at museums including The British Museum, London; the Corning Museum of Glass, Corning, New York; the Museum of Arts and Design, New York; and the National Museum of the American Indian, Smithsonian Institution, Washington, DC. “Only when I experimented with using designs from my Tlingit cultural heritage did my work begin to take on a new purpose and direction.”

Over time, his skill with glass and traditional formline design has evolved. By collaborating with other Native glass artists from around the world, he’s brought multidimensional understanding to contemporary Indigenous art. In 2018, his collaborative multimedia exhibition Raven and the Box of Daylight integrated glass, projections, storytelling, and soundscapes (created with his band Khu.éex’), and established Singletary as a contemporary master of his craft. He continues to transform Northwest Coast Native art and inspire other Native artists to utilize the wonders of glass.