Three artisanal food craftspeople talk about how their practices have evolved.

↑ Regarded as an expert in fermentation, Sandor Katz considers his true talent to be inspiring others to take up the practice – a craft that brings people together.
Portrait: Courtesy of Sandor Katz 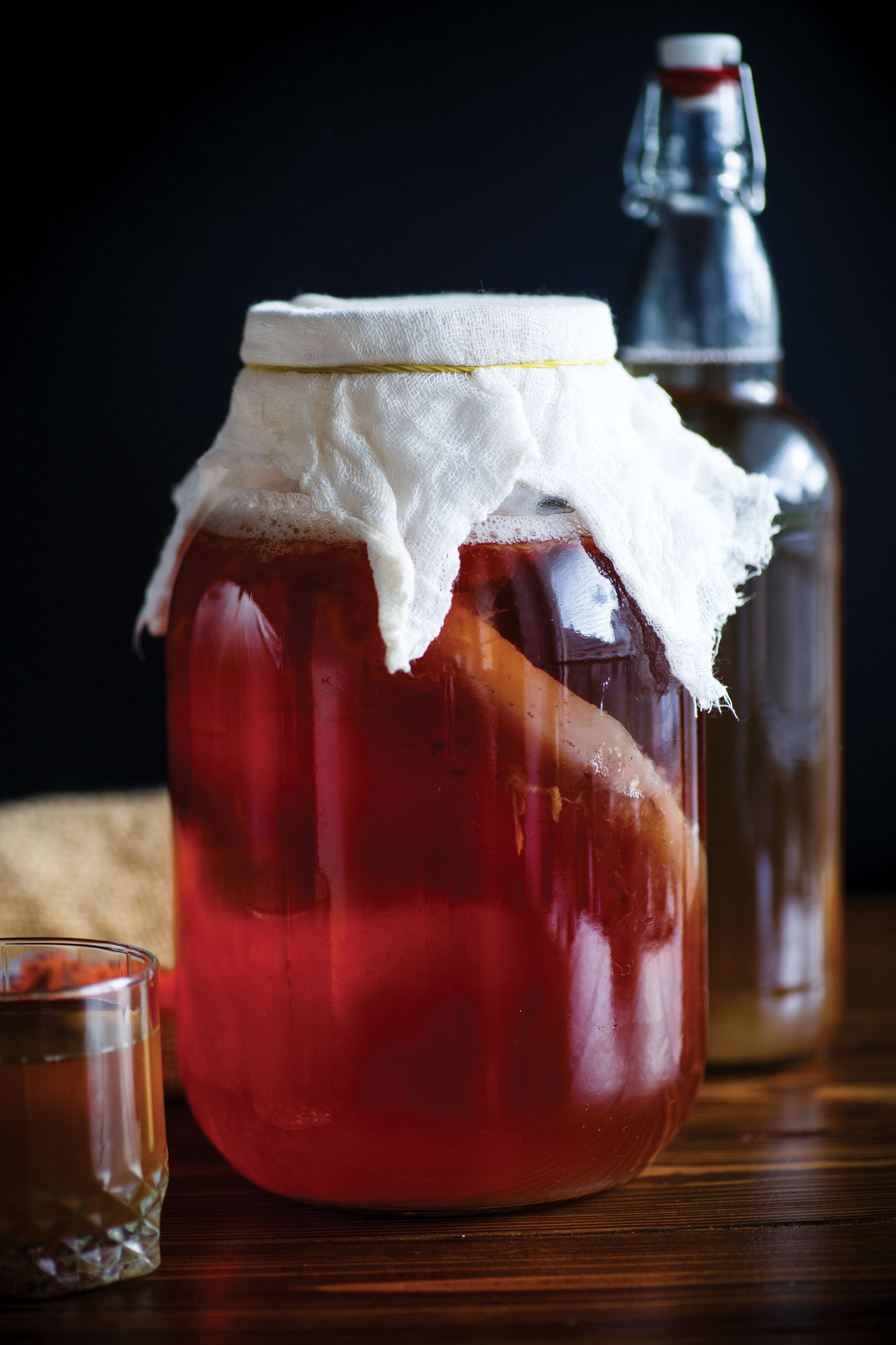 ↑ Fermented foods include beverages such as kombucha.

“Any form of culinary work that involves creativity and exploration is both an art and a craft,” says Sandor Katz. “Fermentation is the same. The techniques I’ve seen, the way people hone their skills over years and decades, the inventive nature of what they do. This is high art. And the best part is that it’s also incredibly tasty.”

Katz has become a go-to fermentation expert whose two books – Wild Fermentation and The Art of Fermentation – are considered kitchen staples for anyone interested in the practice. He has traveled the world, leading workshops and giving talks, meeting “crock whisperers,” who love to share their fermented creations, and newbies who’ve yet to create a single, sour-tinged batch.

He admits he’s not a fermentation wizard himself, although he does keep some crocks of fermenting vegetables going when he’s home. Where his true talent lies, he believes, is in inspiring others to try the practice.

“This is intimidating for people who haven’t done it, but what I emphasize is that it’s like any type of creative, useful craft – like knitting or woodworking,” he says. “You’re taking raw materials, transforming them in some innovative and visionary way, and you end up with something new when it’s done. That’s as true of a jar of kimchi as it is for a handcrafted chair.” 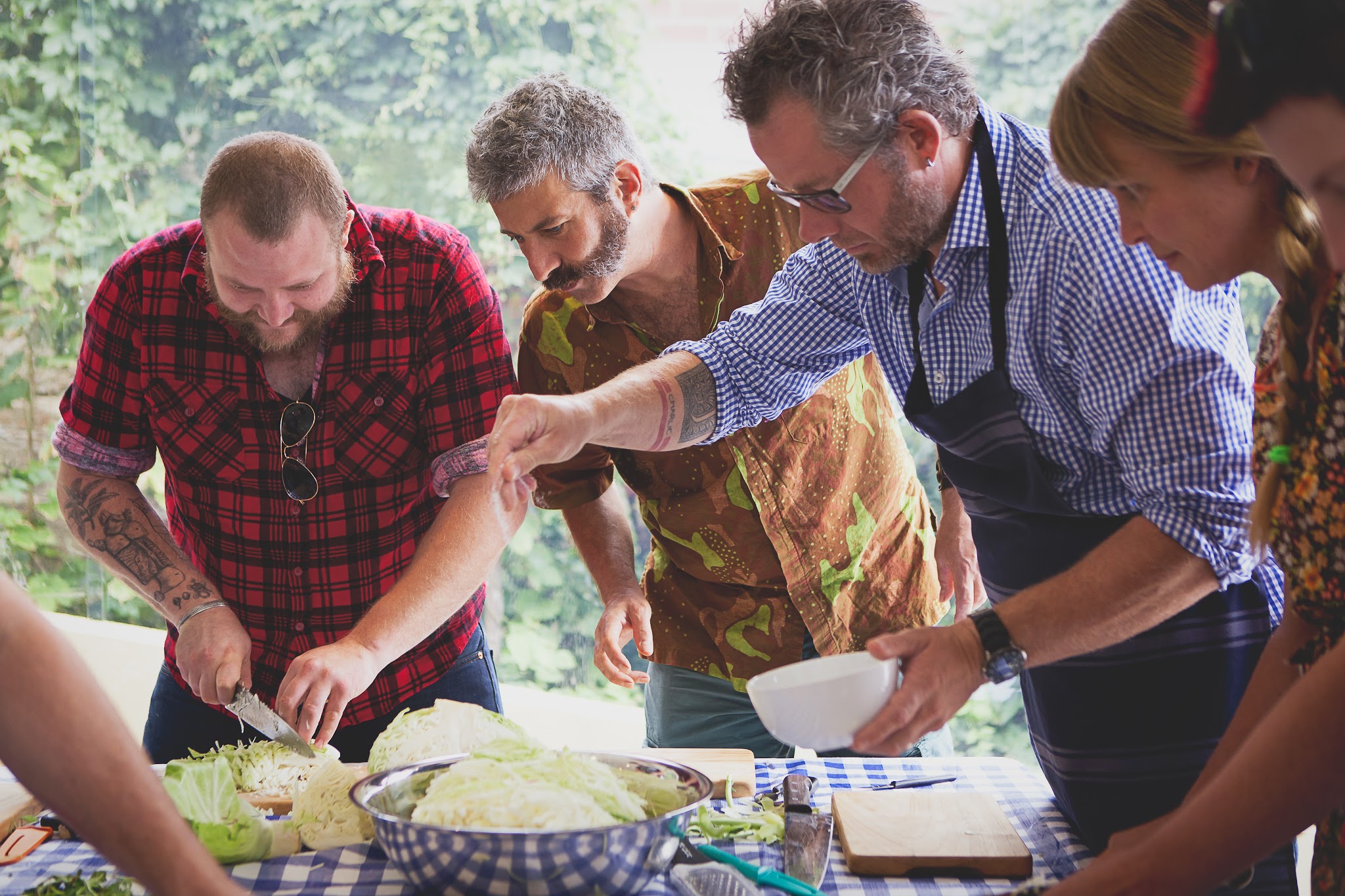 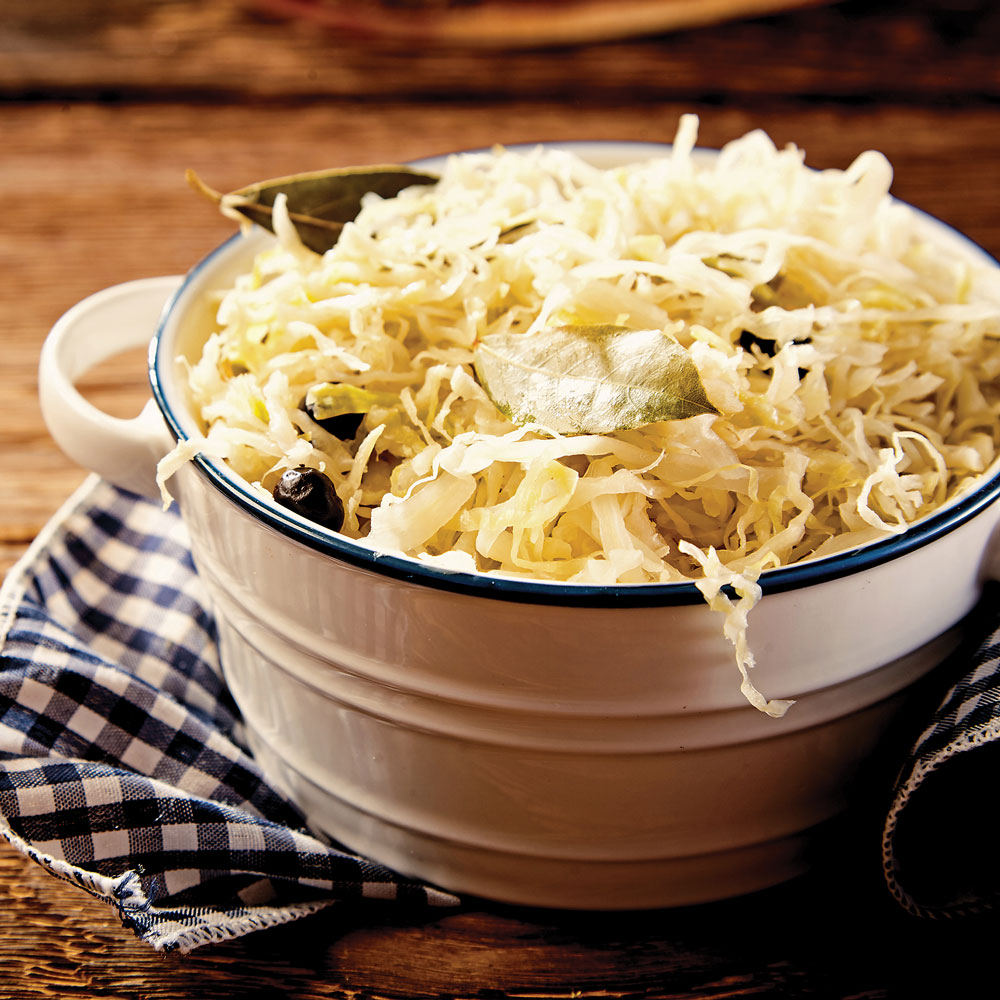 Sandor Katz teaches fermentation all over the world; sauerkraut is what got him hooked on fermenting.
Teaching photo: Courtesy of Sandor Katz

Katz’s own exploration began in 1993, when he moved from New York City to a small farm in Tennessee, where he’s been part of what he calls a vibrant, extended community of queer folks. After being diagnosed with AIDS, he wanted a more nature-filled, healthy life that could support his healing, and he planted a robust garden right away. But, city boy that he was, harvest time came as a surprise.

“As ridiculous as this sounds, I hadn’t thought about the fact that all the cabbage would be ready at the same time,” he says. “There’s only so much raw cabbage and coleslaw you can eat in a day. So, I knew I needed to get creative, so I wouldn’t waste it.”

“You’re taking raw materials, transforming them, … and you end up with something new when it’s done. That’s as true of a jar of kimchi as it is for a handcrafted chair.”

After discovering an old crock in the barn, he drew on his memories of his grandmother’s creation, and tried a simple sauerkraut. After a few weeks, he tried the batch, and it was a revelation.

“That got me hooked,” he recalls. “That first kraut tasted so alive, and felt so nourishing; I was amazed. This was only cabbage and salt, basically, and yet it transformed into a food that could be healing. I began to wonder what else I could make, and it just took on momentum from there.” 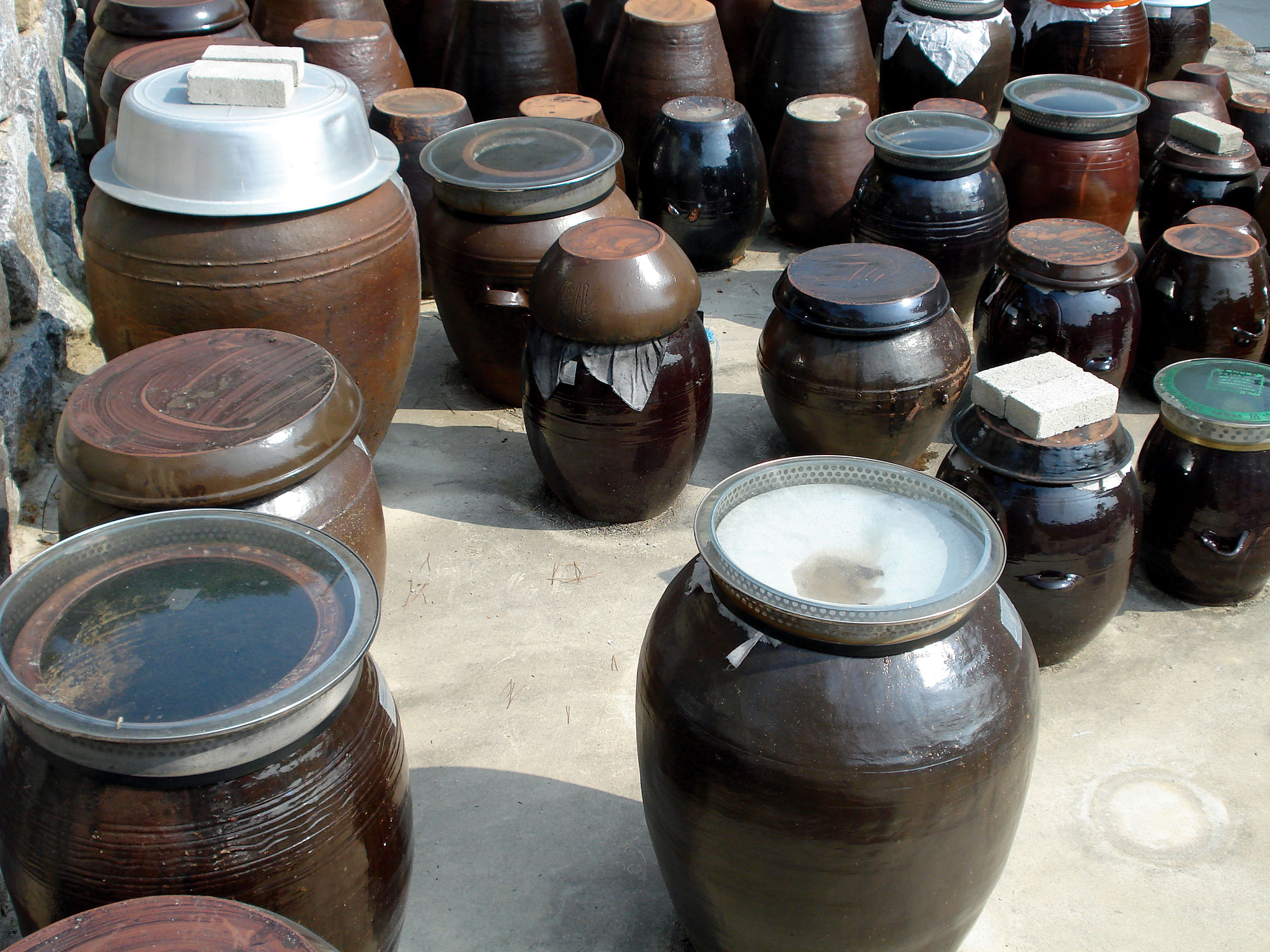 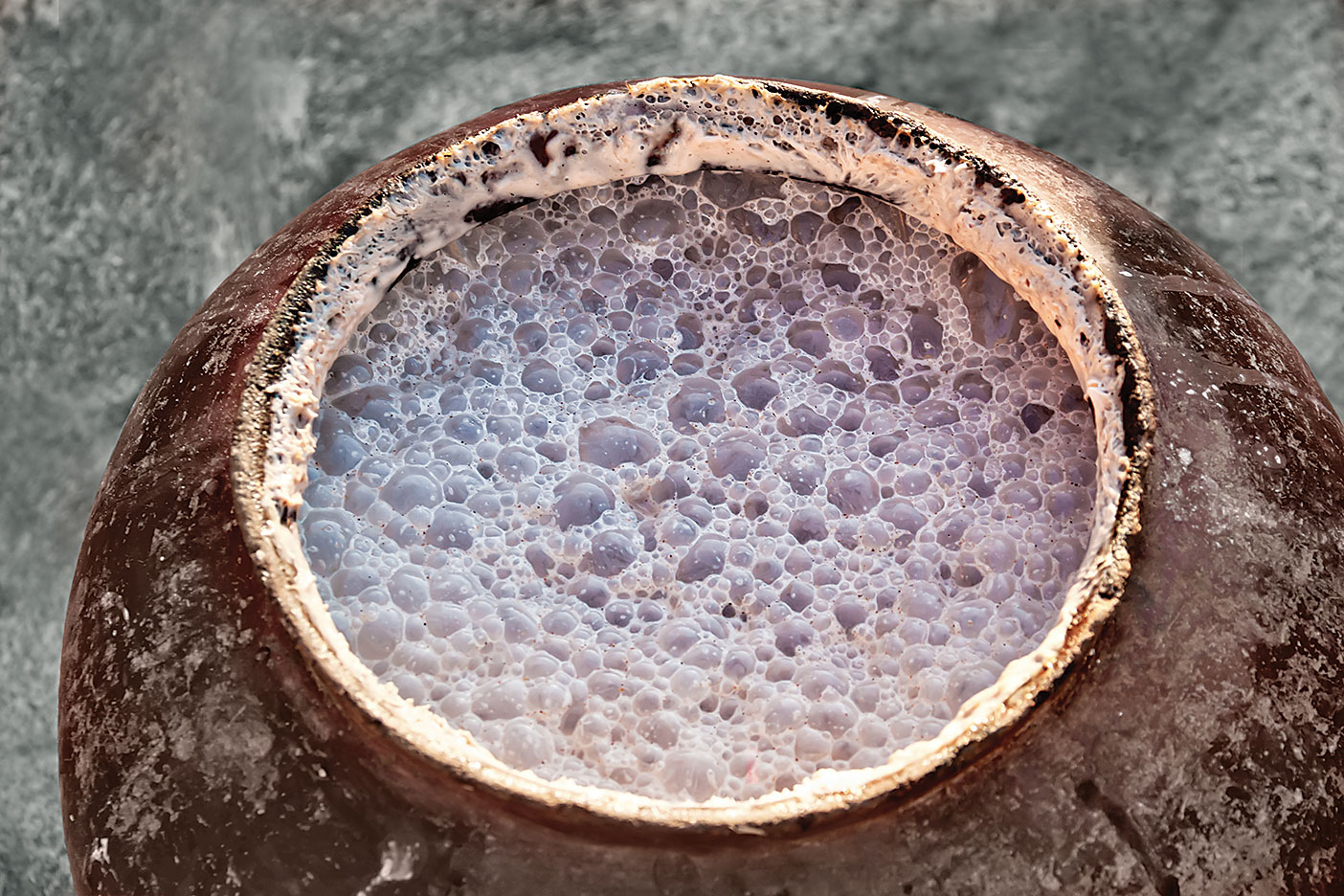 Fermentation is a living process; as foods ferment, sometimes they bubble. →

Not long after, he got the nickname “Sandorkraut,” and it stuck. He began fermenting more items from his garden and from his friends, playing around with turnips, carrots, and peppers, and then introducing foraged greens and wildcrafted options. After collecting his thoughts in his first book, the calls began coming in, and they were all the same request: Teach us.

So he did. But he also learned, and is still picking up knowledge. He’s been ushered into the back rooms of tea shops in San Francisco, where kombucha is regularly reinvented; invited into the kitchens of ashrams in India, where spices are expertly layered together; and introduced to “high priests and priestesses of fermentation” who grow and gather across Australia. He swoons over every creation, no matter where he goes.

“I will never tire of this art, this craft, because I draw on the inspiration of all these people who are so willing to share,” he says. “Isn’t that what all people who do art really want? To share their gifts with others in a way that’s meaningful and resonant? Fermentation does that, it brings us together.”

What do you think – is fermentation a form of craft?