Makers, chefs, and scholars share the stories behind objects for cooking and dining that they hold dear.
Reserve Your Tickets Today

↑ Margaret Carney is the founding director and curator of the International Museum of Dinnerware Design in Ann Arbor, Michigan, home to this place setting of her parents' monogrammed wedding china.
Photo: Courtesy of Margaret Carney

Last fall, American Craft introduced Object Stories, a series of pieces written by members of the craft community on the handmade objects that they cherish. In the Kitchen Table issue, we invited members of the craft and culinary communities to share stories about pieces from their kitchens and dining rooms that hold meaning to them, many of which were passed down by other generations of cooks or makers. Each story demonstrates how the objects we cook with and eat from carry vital personal, familial, and cultural history and invites readers to compliment the kitchen heirlooms in their own lives.

Story 5 of 7: Margaret Carney on the joy of putting heirloom china to use

When my parents wed in 1939 in Ann Arbor, Michigan, they selected wedding china that they had monogrammed with my father’s initials. This china, in a Ranchero shape designed by Simon Slobodkin, was manufactured in the United States by Cavitt-Shaw Pottery, a division of the now-closed W.S. George Pottery Company. The simplicity of form and the asymmetry of the placement of the decoration, along with the coupe shape of the plates, puts the design at the beginning of the midcentury-modern era.

I knew none of this when I was a child. I only knew this treasured china was kept in my grandmother’s antique oak china cupboard, and that it was used on holidays such as New Year’s Eve, when people in minks and scarves came by our home and piled their winter outer garments on my parents’ bed. These monogrammed dishes became the standard by which I judged “good design” in future dinnerware encounters. I wasn’t aware how beautiful food looked on their muted glaze and simple, full forms until much later, when I realized all food looked better when served on these special family dishes. 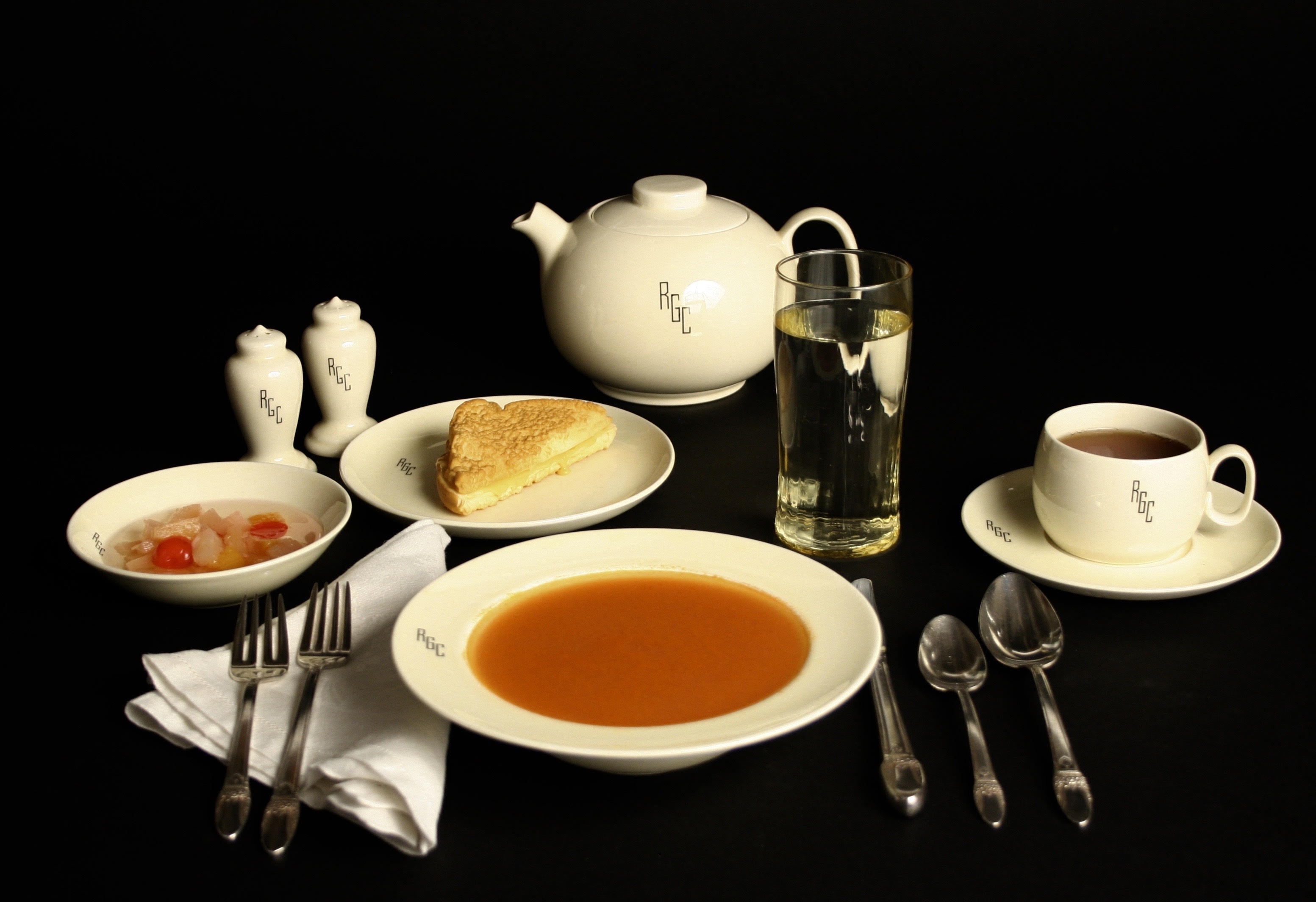 ↑ For Margaret, serving food on heirloom china can both elevate a meal and celebrate the stories behind the dinnerware.
Photo: Courtesy of Margaret Carney 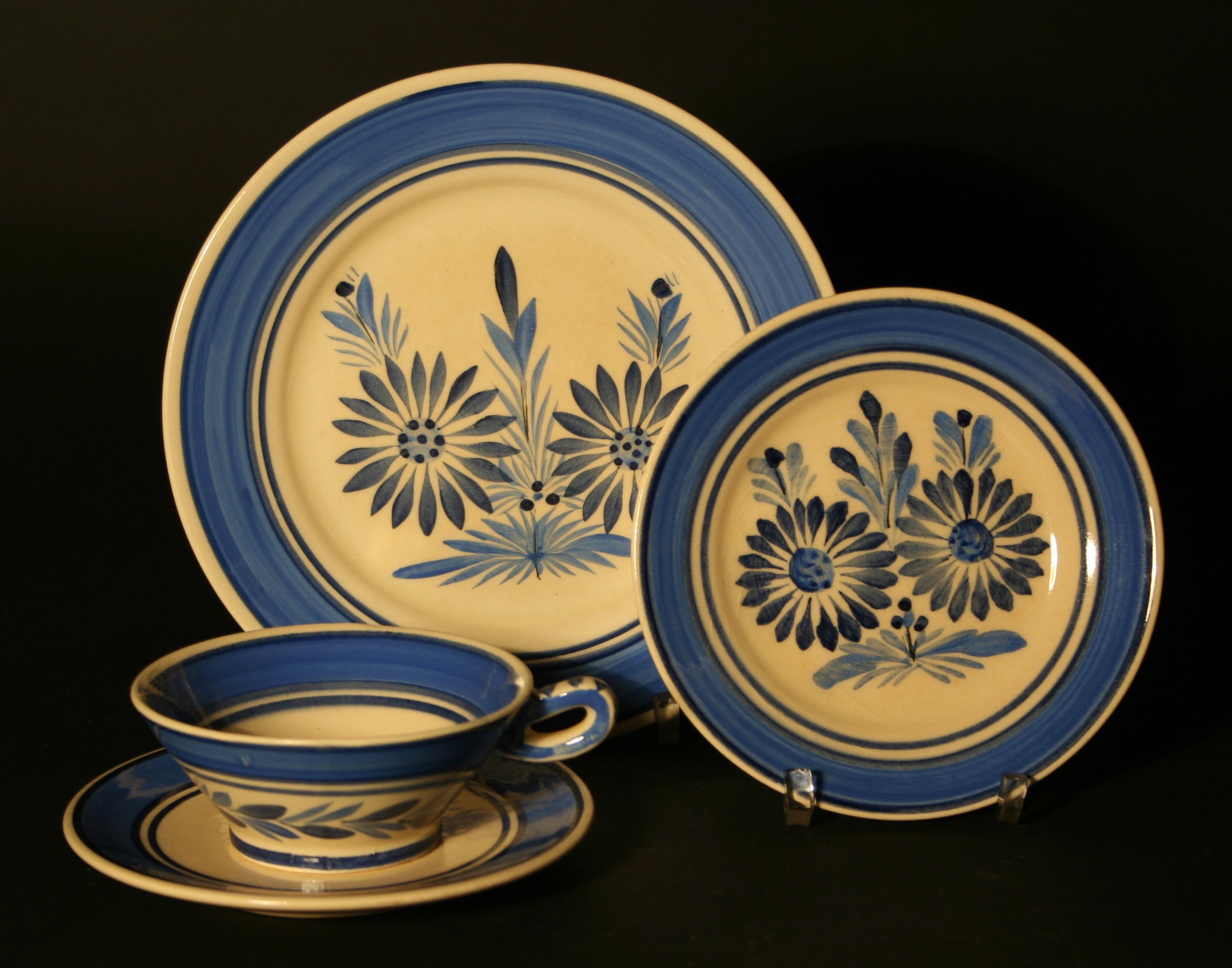 ↑ Margaret's aunt transported this French Quimper pottery by hand from Paris as a wedding gift for Margaret's parents.
Photo: Courtesy of Margaret Carney

I believe dinnerware that was part of a wedding trousseau carries a lot of family significance and should be used. My older brother inherited my parent’s monogrammed wedding china, while I inherited a different set – quaint French Quimper pottery that my Aunt Frances hand-carried from Paris for their wedding gift. It might seem odd, but I fed my cats from these dishes for decades. The pieces that weren’t broken are now part of the permanent collection of the International Museum of Dinnerware Design, the museum that I run, along with this place setting from my parents’ wedding china.

I wasn’t aware how beautiful food looked on their muted glaze and simple, full forms until much later, when I realized all food looked better when served on these special family dishes.

Some people can get “replacements” for broken or missing heirloom wedding china. You can’t do that with monogrammed dishes. In that way, these manufactured pieces are like handmade objects: one of a kind and irreplaceable.

Margaret Carney is a ceramic historian and the founding director and curator of the International Museum of Dinnerware Design in Ann Arbor, Michigan. She has spent her life curating exhibitions, lecturing, and writing about ceramics and related arts. @dinnerwaremuseum

Do you have a story about a monogrammed item?