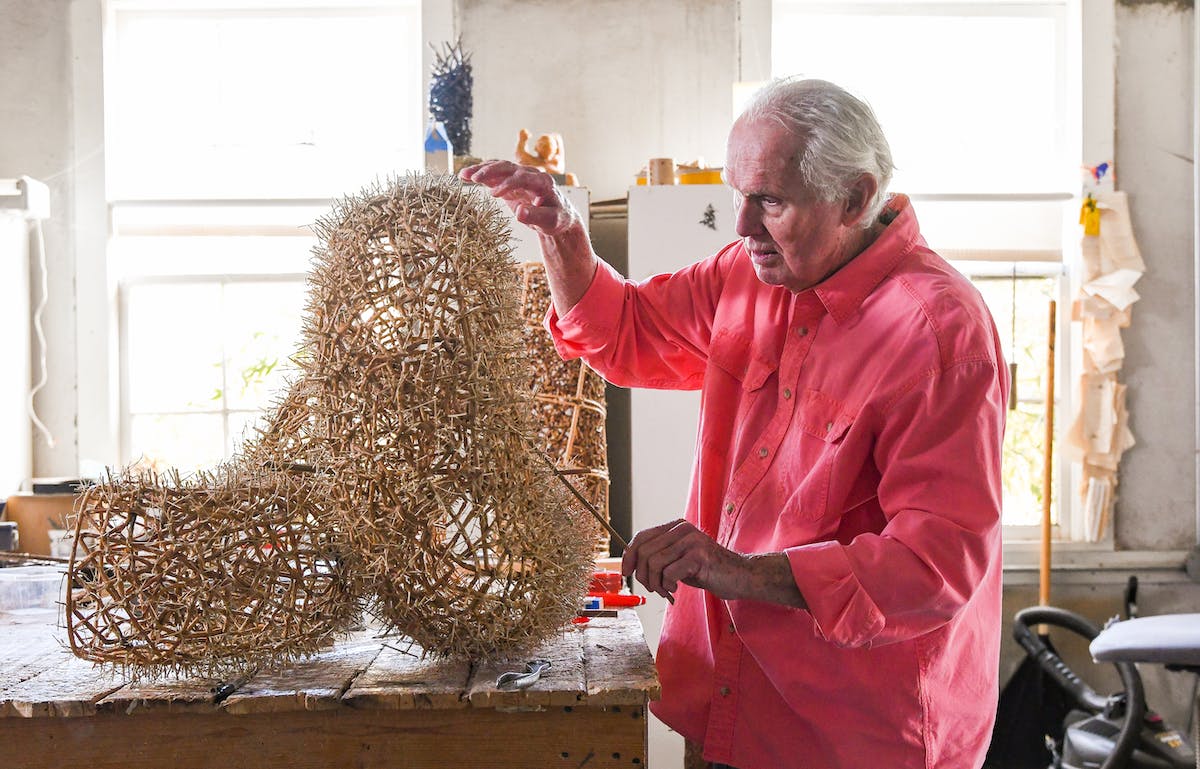 Saratoga Springs, New York
Inducted into the College of Fellows in 1994

Seeking a desert perspective on life after earning his BA at the hot and humid University of South Florida in 1971, then-sculptor John McQueen moved to New Mexico. He was working in sod and adobe, but became fascinated with baskets made of natural materials by Native Americans of the Southwest—and one basket in particular.

While visiting a pueblo, McQueen, now 79, watched a man weave a basket from the inside; it was large enough for the weaver to sit in as he built up the walls. The monumental scale startled McQueen, as did the basket’s beauty, its simplicity, and the questions it posed about utility versus art. “Fifty years later, I’m still startled,” he says. The same can be said for McQueen’s astounding work.

Using plant material he collects from his immediate surroundings, such as the willow he grows in his front yard in Saratoga Springs, New York, McQueen weaves basketlike sculptures and constructs installations that explore, often with humor, whether a handcrafted basket is craft, sculpture, and/or a work of conceptual art. Must a basket be hollow or empty? Could it contain something other than itself? Can it be a solid object? Does it need to be round? 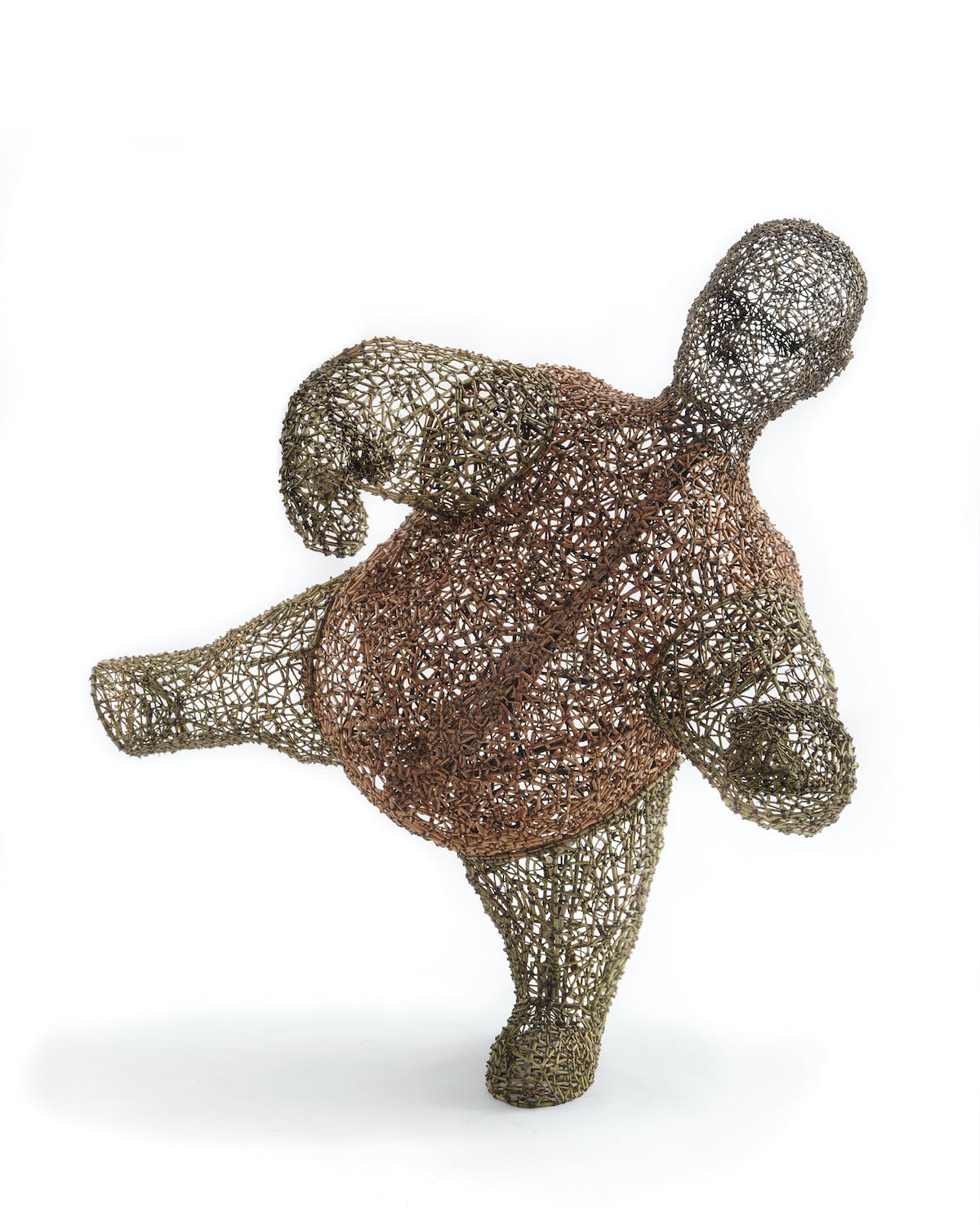 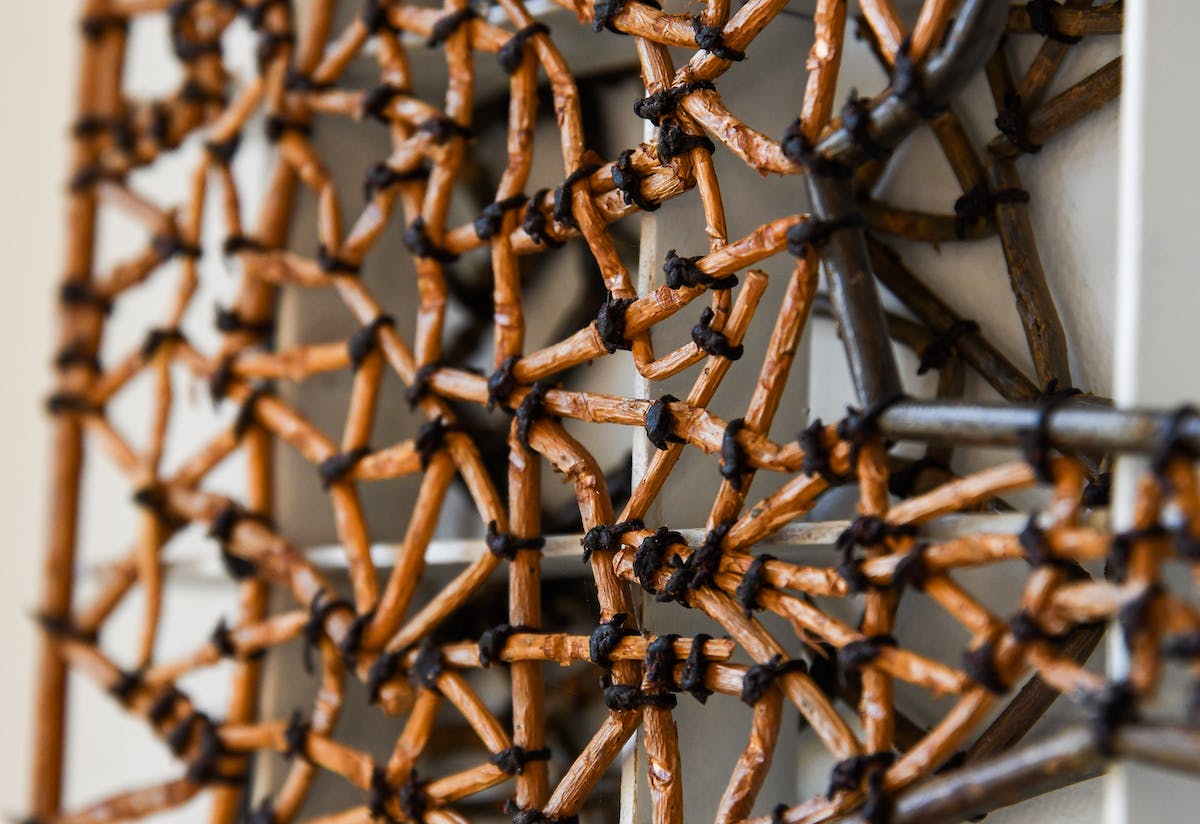 McQueen’s investigations have made him a leading figure among those questioning traditional distinctions between craft and art. He also revolutionized the conventional definition of a basket by raising issues of containment and isolation, security and control, and connections between humans and nature through his work. McQueen elevates the intrigue by using bark, twigs, vines, burrs, and other natural materials, as well as waxed linen and industrial plastic ties, woven through self-taught or invented patterns that result in highly original forms.

He does, however, see each piece as a container of sorts—just as, he says, “A sentence has a beginning and an end, so a sentence is contained.” This concept led McQueen to incorporate words, phrases, even poems into his weavings that often relate to the sources—trees, plants—from which he’s gathered material. In this way, he’s extended his aesthetic practice to create art that dialogues between nature and culture, and between basket and language as containers of thought.

Dialogues between nature and culture, and between basket and language . . . 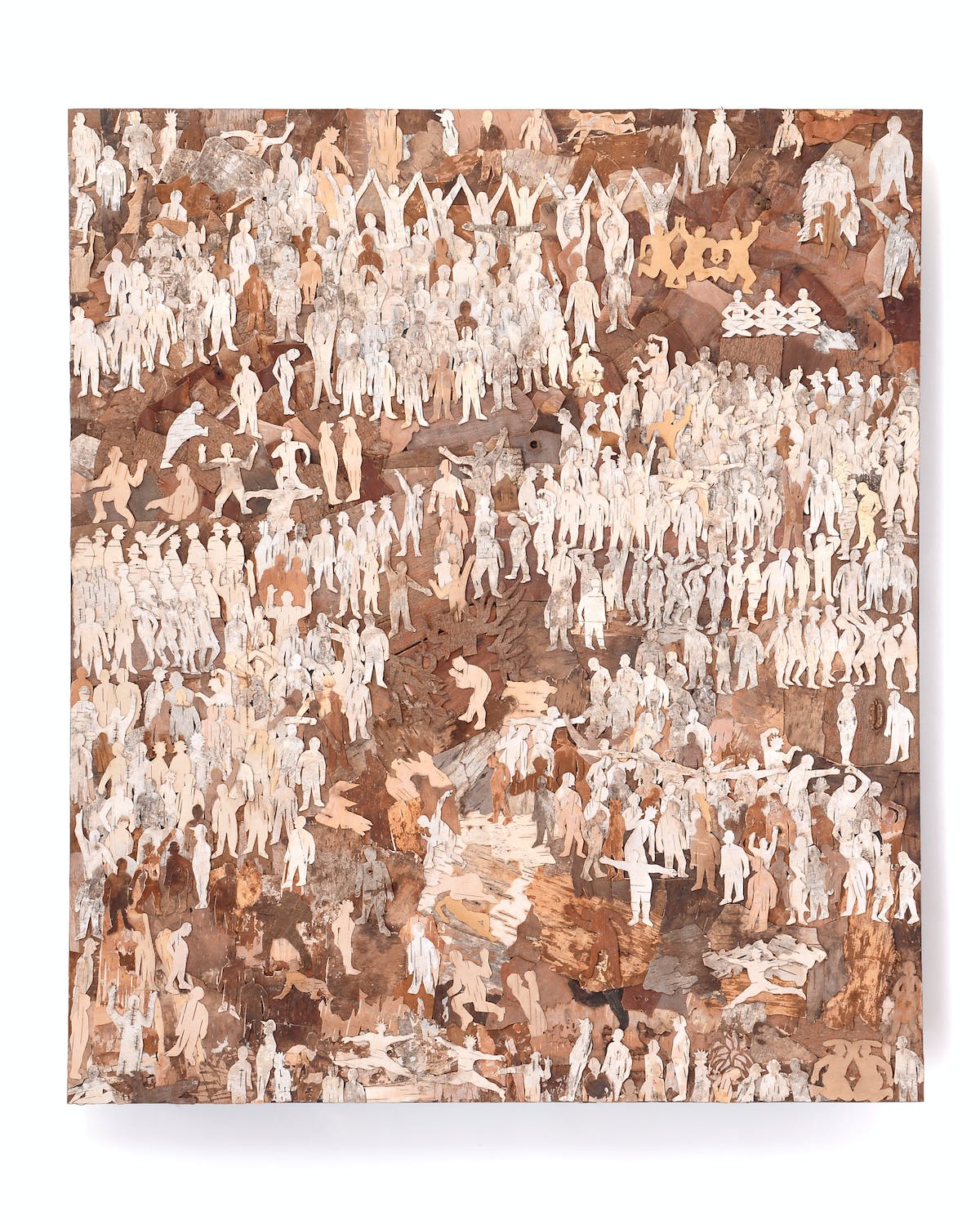 In recognition of his imaginative inquiries, McQueen, who earned his MFA from the Tyler School of Art and Architecture at Temple University, has received three Visual Arts Fellowships from the National Endowment for the Arts and a US–Japan Creative Artist Fellowship from the Japan–US Friendship Commission. He’s enjoyed four solo shows, including John McQueen: The Language of Containment at the Smithsonian American Art Museum in 1992, and has been part of more than 14 group exhibitions. Moreover, his work lives, among other places, in the Cooper Hewitt, Smithsonian Design Museum in New York; the Museum of Arts and Design, New York; and the Museum of Fine Arts, Boston.

And McQueen’s explorations continue. He’s currently completing a work with holes in the top and the bottom, raising again the perpetual, startling questions about utility and art elicited by all of his work. “Some people will relate to it as a container, while others will consider it a piece of sculpture,” he says. “It’s just what that person decides about it. Ultimately, their decision is separate from me.”